Technology, humanity and prosperity: why Peter Drucker is more relevant today than ever before

This year marks the 110th anniversary of the birth of Peter Drucker, the father of management, and the 80th anniversary of his first book: The End of Economic Man. With his books consistently appearing on must-read and bestseller lists, his insights are as relevant today as when he wrote them. Here’s why 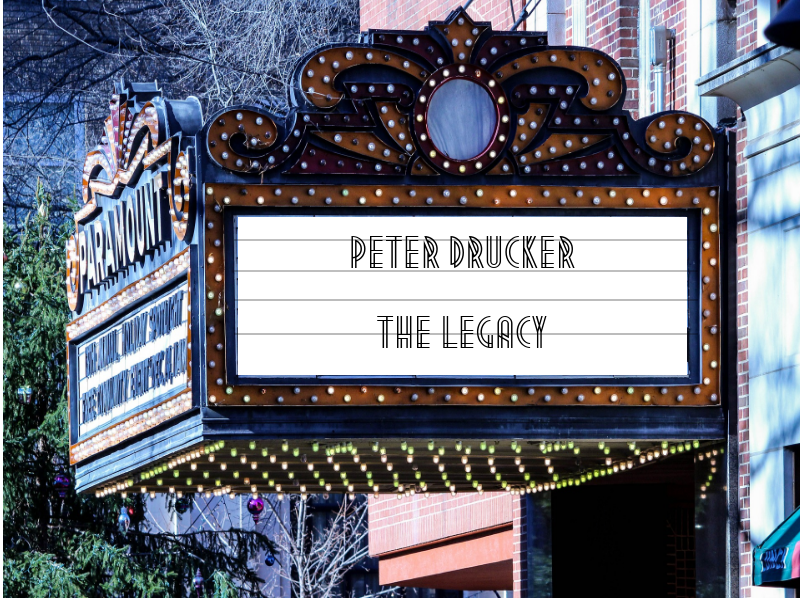 I am an ardent follower of Peter Drucker and it is an honour to share his management ideas and insights. I have been sharing his wisdom with my students and audiences during my leadership development training programmes regularly for many years, and most of my books contain his knowledge and quotes.

I was influenced by Peter Drucker when I joined an MBA degree course in 1990 while serving in the Indian Air Force. I became more enthusiastic and curious whenever I read about him. I realised that I was being influenced and inspired by his management principles, philosophies and practices. I read his books and a few books about him written by others. It is a coincidence that some of my passions including writing, teaching and consulting, and hobbies including swimming and mountain hiking have matched with him, especially the work-life balance. I am also a family-oriented person the way he was. He was an avid user of libraries the way I used to invest most of my time in libraries. Becoming a management educator was my second career the way it became for him. He was passionate about his students the way I am passionate about my students (my vision is to build one million students as global leaders by 2030).

Peter Drucker was a pioneer of several concepts including privatisation, decentralisation and management by objective (MBO). He was the first management thinker who emphasised more on character rather than charisma. He was the first to treat employees as an asset, not an expense. He considered employees as volunteers. He emphasised the importance of cash flow as the primary thing while profit as the secondary thing. He could easily bridge the gap between theory and practice by offering simple solutions to complex issues. He was a consultant to IBM and Procter & Gamble and non-profits including the American Red Cross and the Girl Scouts of the USA. His first client was General Motors. He was a workaholic who believed that hard work is essential for people living with passion and purpose. He disliked being called Guru.

The management thinker who saw the invisible

Peter Drucker believed that the future will be promising if management puts aside its predispositions and the old assumptions inherent in its 'theory of the business'. He emphasised the importance of the social sector and non-profits. He opined that employees must be shared with management experience to enable them to understand the functions of management and serve their communities better. He emphasised the role of millennials much before the term came into vogue. He emphasised lifelong learning and implored people to acquire adaptability and flexibility in order to embrace technology, which is the first step toward success. He elaborated that knowledge of management includes managing information, managing the way people share and applying the knowledge effectively. He was a visionary who predicted the future. He coined the term ‘knowledge workers and their importance’ much before the term ‘war for talent’ became a buzz. In fact, some of the current management concepts have been copied from his principles, philosophies and practices. He revolutionised several management theories and concepts ― social entrepreneurship, second career, innovation, time management, decision making, employee engagement and employee empowerment.

Peter Drucker was the first management thinker who saw the invisible. He predicted the rise of Japan as an industrial power. He predicted that India will become a powerhouse very fast. He predicted China’s enormous manufacturing potential. However, he was more bullish about India’s economic outlook than China. Ford Motor Company successfully implemented his ideas after World War II. General Electric effectively applied his ideas under the leadership of Jack Welch. 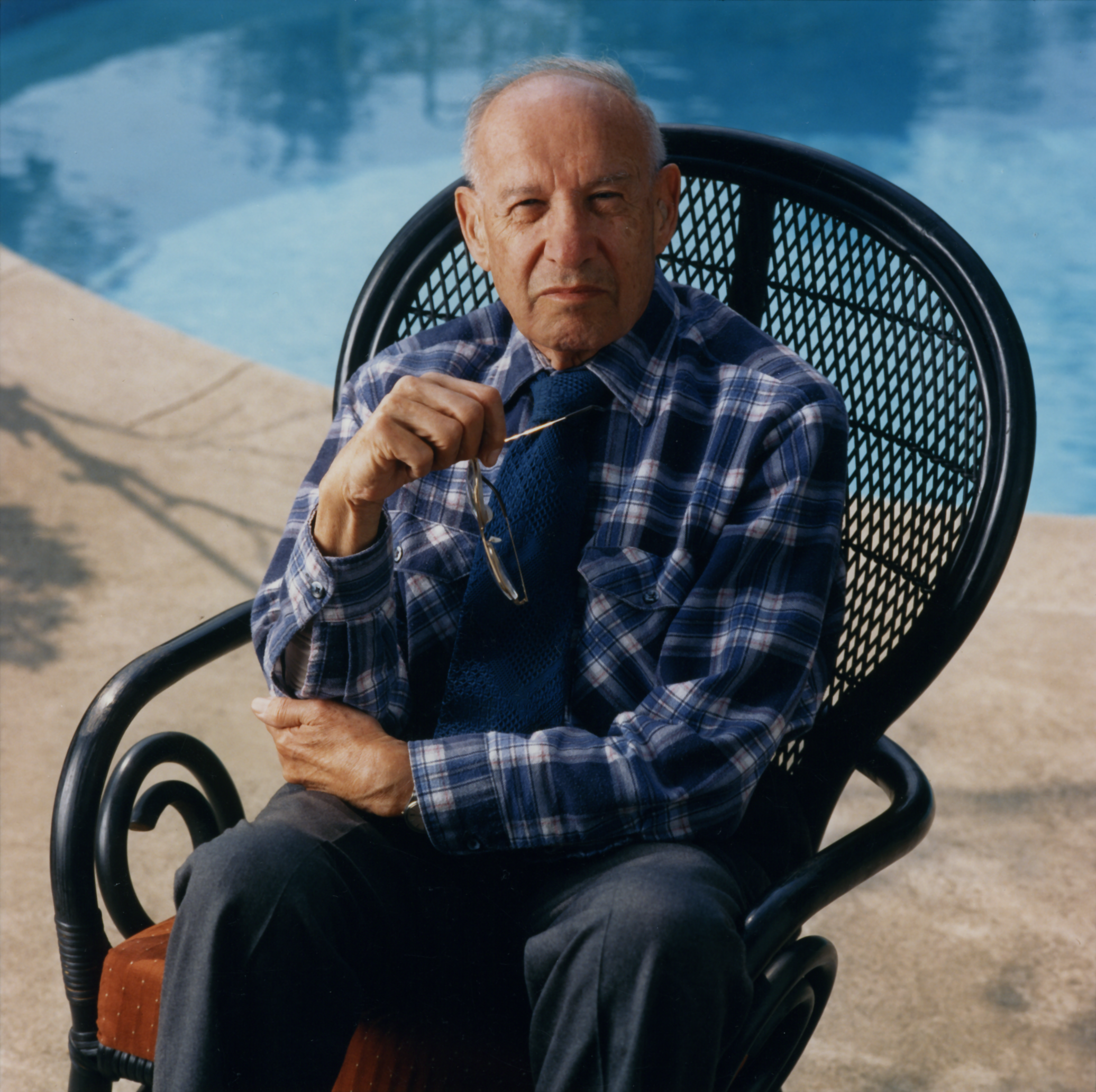 Peter Drucker was against academic arrogance. He made his theories and concepts accessible to the layperson. He practiced the philosophy of ‘sharing is caring'. He was an intellectual guide whose influence is across the world. He explained that the important task for top management in the next society’s corporation must be to balance three dimensions ― economic organisation adopted by America, human organisation practised by Japan and social organisation followed by Germany.

Peter Drucker influenced many thinkers including me, Marshall Goldsmith and Frances Hesselbein. He was in a league of his own. It is obvious from his 39 published books and award-winning articles that he will continue to inspire the discipline of management in future. He was the rarest management thinker who added an immense value to the discipline of management with his principles, philosophies, and practices. If there were a Nobel Prize for management discipline, Peter Drucker would have been the first person to bag it. It is rightly remarked: “There isn't any Nobel Prize for management thinking. But it's just as well because it would have been won every year by the same man – Peter Drucker.”

Here are some reasons that made Peter Drucker stand out from other management thinkers globally. First, he had the ability to predict the future based on the prevailing trends and technologies. He was gifted with the rare ability to offer simple solutions to complex ideas. Second, he underwent trials and tribulations in his early stage, compelling him to locate to London to work as a journalist and subsequently moving to the United States as a correspondent for the Financial Times in 1937. Third, he had the innate ability to adapt and embrace change. Fourth, he had the knack of synthesising knowledge because of his diversified experiences and education. Fifth, he had connections globally. Sixth, timing mattered most for him.  Above all, he lived in more than one world, which gave him the advantage to bounce back because he had multiple lifelines to back up.

Peter Drucker still lives in the hearts of management thinkers globally. He connects all management thinkers across the globe emotionally to come under one platform, forgetting their ideological differences to offer a human dimension to management. His ideas and insights are immortal. He is more relevant today than ever before. Although the world has changed drastically due to the rapid growth in technology, his ideas on humanity, technology and prosperity are still relevant. That is the legacy Peter Drucker has left for us. And the onus lies with us to keep his legacy alive and carry it forward to build a better world.

Updated 15 May 2019.
Peter Drucker
Lifelong Learning
Artificial Intelligence
Automation
Value creation through people
Creativity
Thinkers 50
Enjoyed this story?
Sign up for our newsletter here.
WANT TO GET FUTURE FIT FAST?
Sign up for our FREE newsletter!