Success in the age of disruption isn’t driven by the bottom line; it’s value driven and good leadership is at the heart of it. There is no better example than the founder of outdoor clothing manufacturer and retailer Patagonia, Yvon Chouinard, say Scott and Alison Stratten, entrepreneurs and authors of Unbranding: 100 Branding Lessons for the Age of Disruption

In the age of disruption, leadership is more important than ever. Companies that are successful in navigating digital innovations have strong leadership guiding the way.

■ Leaders take these decisions and create action. When decisions live only in mission statements and directives without action, brands suffer. In fact, they suffer more with the incongruence between mission and practice than they would otherwise.

■ Leaders lead in their actions, not just in their words. Leading by example is an art, a continuous process, and the key to true leadership.

For us, there is no better example of leadership than the founder of Patagonia, Yvon Chouinard. Patagonia is a 40-year-old American company that manufactures and sells outdoor clothing. Mr Chouinard started out making pitons (metal spikes used in climbing) because the ones available at the time were for one-time use only. He taught himself blacksmithing and made pitons that could be reused in order to diminish waste and leave mountains as untouched as possible. His pitons became popular and his company grew, diversifying into other gear. By 1970, Chouinard Equipment had become the largest supplier of climbing hardware in the United States.

As the industry leader, he ended up having to make a tough call when the climbing world changed and his gear went from being seen as environmentally friendly and reusable to being considered an environmental villain. Climbing had become more popular and was concentrated into a few popular routes. With the same cracks having to endure repeated use of pitons, the damage was severe. Although this was not his intent starting out, Chouinard saw the damage and decided to phase out of the piton business. He acted out of his concern for the environment, even though the change was a huge business risk. Rather than defend his original stance, shift the blame, or ignore the problem, he acted, not only on paper but with decisive real-world action.

As with the pitons, Chouinard saw another hole in the outdoor market: there were no colorful, fashionable clothes for men. On a winter climbing trip to Scotland in 1970, Chouinard bought a rugby shirt to wear while rock climbing. Back in the States, Chouinard wore it around his climbing friends, who asked where they could get one, and his clothing company was born. He started making the kind of clothing he and his friends wanted—of good quality, durable, and fashionable. The company grew at a rapid rate until the summer of 1991, when sales fell during a recession. To pay off the company’s debt, management had to drastically cut costs and inventory and lay off 20% of the work force. This was a tough time for the company, and it taught Chouinard a major lesson. The company has purposely kept growth modest ever since—another tough business decision.

Since 1984 Patagonia has had no private offices, an office arrangement that can create distractions but also keeps communication open. The company has a cafeteria serving healthy, mostly vegetarian food and an onsite child-care center (one of only 150 in the country when it started) and offers flexible work hours and job sharing. Chouinard himself takes months off every year, months during which he is unreachable. “People know if the warehouse is on fire, not to call me. What can I do about it?”  He credits this and the success of the company’s flexibility on hiring energetic, independent workers who are encouraged to take time off to surf, to spend time with their families, and to make their own hours.

Patagonia runs national environmental and educational campaigns. From early on, the company took a stand against globalisation of trade whenever it could compromise Patagonia’s environmental and work standards. We’ve never seen a company site with Patagonia’s level of transparency around manufacturing, including factory photos, details, and a global map of where all products are made, from material sourcing to manufacturing. Every year and a half it holds a Tools for Activists conference to teach marketing and publicity skills to the advocacy groups it works with. In 1996, all its cotton fabric was moved to organic cotton, and it actively continues the search for more environmentally friendly fabrics.

Perhaps Patagonia’s most important value is quality. While its clothing is expensive and well-made, it is also repairable, creating high perceived value. Rather than encouraging customers to buy new products, Patagonia provides repair guides so people can get as much use out of their clothes as possible. Customers can send in damaged clothing for free repairs or recycling. This spring, for the third year in a row, Patagonia’s Worn Wear College Tour visited campuses around the country. Students could bring garments, regardless of brand, in for repair—in a vintage wooden camper truck, of course.

Patagonia’s values aren’t only good for the environment, they’re good business. As with current trends in food, shoppers are placing a higher value on where their clothing comes from and how it’s made. They will spend 10% to 15% more on ethically produced clothing, according to Marshal Cohen, retail analyst at NPD Group. “The younger generation, in particular, is willing to pay for the responsibility factor, because they’re not buying as much stuff in the first place,” Cohen said. “They want to buy things that are good for the environment and are going to last.”

Alison’s grandmother always told her to have fewer clothes but they should be of high quality; we aren’t sure whether this is a younger generation value, but either way we love it. When clothes are cheap, they become disposable. Save your money for something that lasts. That’s what Grandma wanted, and she lived to be a very wise 99 years old.

Business as an agent for change

Patagonia became the first benefit corporation, back in 2012—a certification and a movement that provides a clear and dependable path for business leaders who believe business can and must be an agent of positive change in our troubled world. Rather than scrambling to respond to daily affronts with little strategy, benefit corporations embed their core values directly into their legal charter. As a result, the company can act purposefully at all stages of decision making, balancing transparency with the need to achieve reasonable financial gain while also taking deliberate action to create additional benefits for multiple stakeholders whenever possible. In other words, benefit corporations take real steps to ensure that business is good for people and good for the planet. The program eliminates the false choice between making money and doing the right thing.

To pass along their success to others, Patagonia recently launched $20 Million & Change, an internal fund to help “like-minded, responsible start-up companies bring about positive benefit to the environment.” As Chouinard explained: “Others might see Patagonia Works and $20 Million & Change as revolutionary business ventures; we think both are just next logical steps to doing business more responsibly. Economic growth for the past two centuries has been tied to an everspiraling carbon bonfire. Business—and human—success in the next 100 years will have to come from working with nature rather than using it up. That is a necessity not a luxury, as it’s seen now in most business quarters. We invite and encourage all companies to start to work with us in that direction.”

The lessons you can take away from Patagonia are lessons from Chouinard’s leadership. Embrace innovations that make sense, keep your values clear, and use them to dictate practice. Make tough choices, take environmental responsibility seriously, and lead by example—from hiring, to workplace design, to setting out expectations and responsibilities. When your values align clearly with your company’s activities, you are able to provide the kind of transparency that will set you apart. Success in the age of disruption isn’t driven by the bottom line; it’s value driven. Chouinard has said that since the recession, he has decided to start making decisions with the assumption that they’d be in business for 100 years, rather than looking quarter to quarter. How would your business actions change if you thought this way?

This is an edited extract from UnBranding: 100 Branding Lessons for the Age of Disruption by Scott Stratten and Alison Stratten (Wiley, 2017). Subheads added by ThePeopleSpace 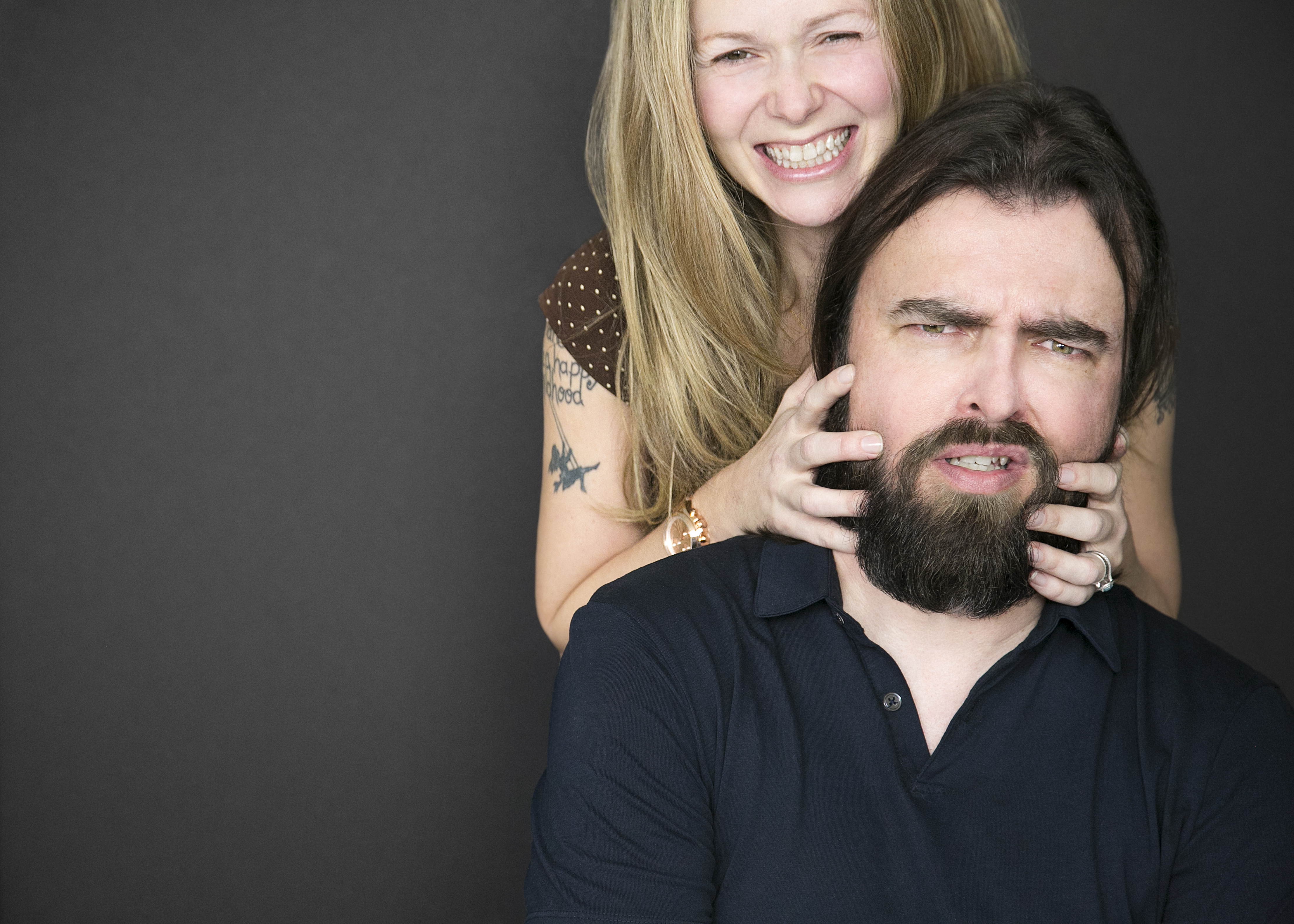 Scott and Alison Stratten (above) are co-hosts of The UnPodcast. This is their fifth book together, which represents their thoughts on the changing world of business through their experiences of entrepreneurship
CEO

When your values align clearly with your company’s activities, you are able to provide the kind of transparency that will set you apart