Cobots, collaborative robots, work alongside humans in workplaces across the world. While historically used for dull, dirty and dangerous jobs, cobots are now less costly, easy to programme and train, more interactive and able to work side-by-side with skilled labour 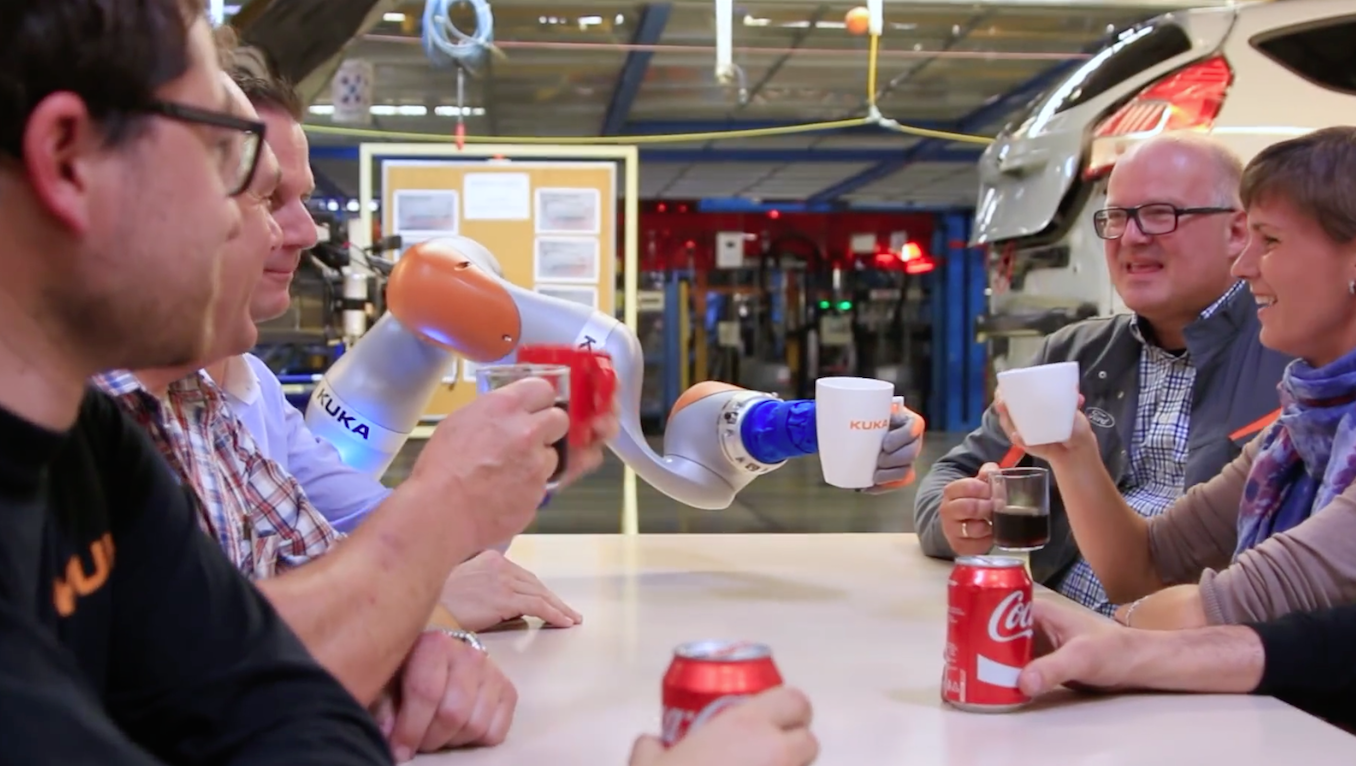 The value of the collaborative robotics industry is expected to grow to $1 billion by 2020 and a 4,800% increase in cobot shipments is predicted between 2016-2025.

Here are how some companies are using them: 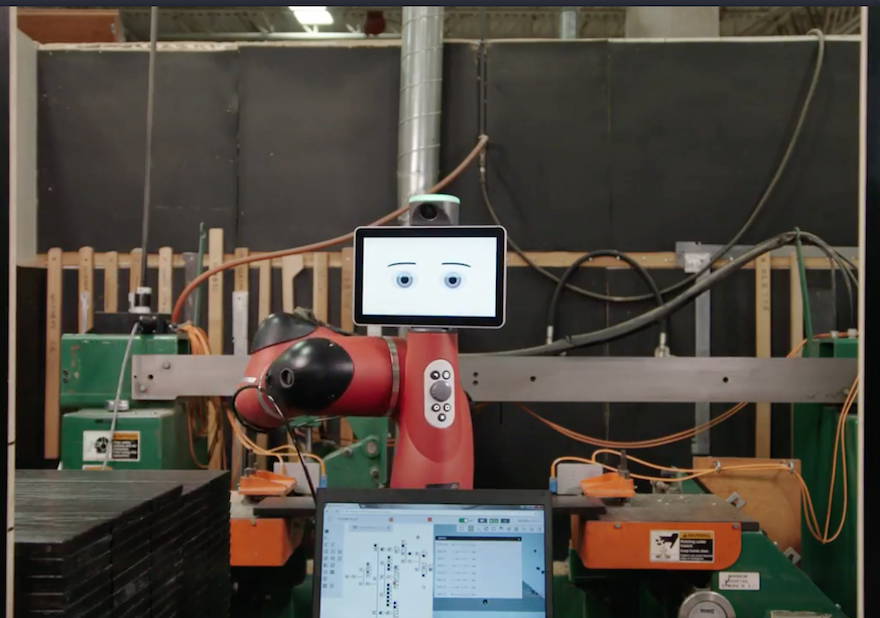 US furniture company Moduform is using Rethink Robotics’ Sawyer robot at its facility in Fitchburg, Massachusetts. CEO Josh Weissman says: “In the furniture business, many of the production jobs can be monotonous or temporary due to the seasonality of customer demand. Because of this, we can struggle with employee turnover and finding workers who are willing to simply pick up and put down parts all day long. With Sawyer, we don’t have to worry about finding people to complete these tasks. We can focus on recruiting workers for advanced work, such as cognitive jobs that leverage technology on the factory floor, and offer career advancement opportunities.” 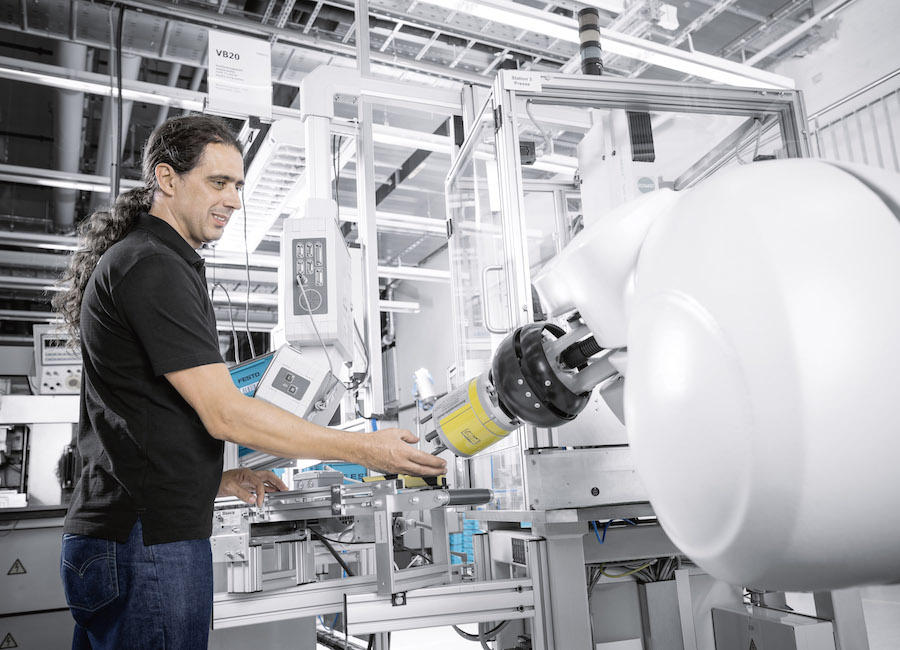 At German industrial control firm Festo Scharnhausen employees cooperate in safe interaction with a flexible robot, which takes over assembly tasks that are ergonomically disadvantageous. So-called soft-skin cobots physically interact with humans in a shared workspace. The robotic arm is fitted with sophisticated sensors beneath a soft skin that enables it to react quickly to the presence of a human co-worker, meaning it does not need to be behind a protective guard. If the worker gets too close to the arm it automatically slows down and if the worker touches it, it stops working altogether. The first cobot is called Usehi and has apparently become one of the team! 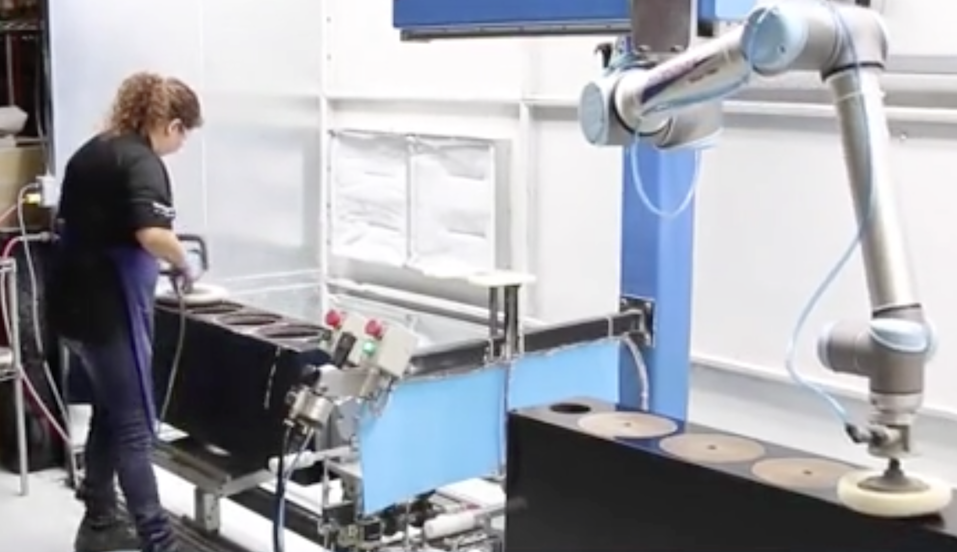 Canadian electronics manufacturer Paradigm Electronics uses cobots to carry out delicate polishing and buffing tasks on loudspeakers, working with employees who handle the final finish and quality check. These robots have led to a 50% increase in productivity, but with no job losses – employees who previously carried out these tasks have been promoted from machine operators to robot programmers. 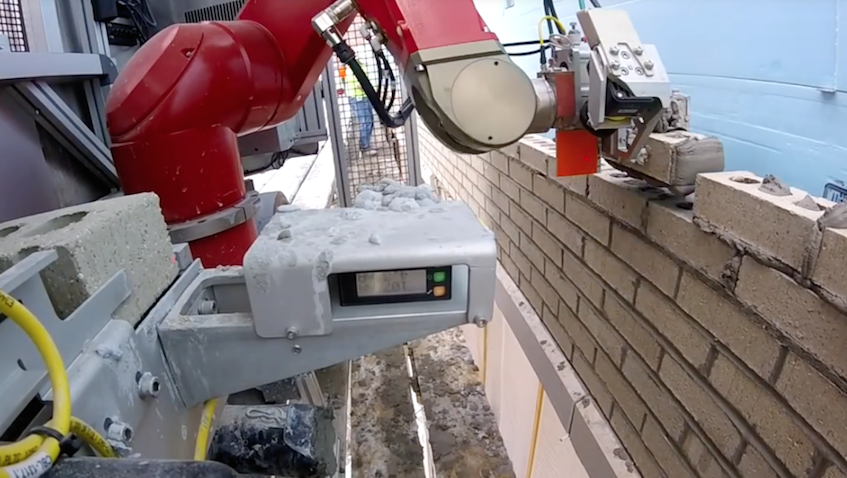 Construction Robotics, a New York-based start-up, has developed a bricklaying robot called the SAM100, which is being used on job sites across the US. The robot can lay around 2,000 bricks a day, working collaboratively with masons to increase their productivity by 3 to 5 times, while reducing lifting by more than 80%.

Ford is among the first automakers to develop a new, closely integrated approach to car workers and robots working together on the assembly line. Cobots developed over two years with German robot manufacturer, KUKA Roboter GmbH, are being used to help workers fit shock absorbers to Fiesta cars, a task that requires pinpoint accuracy, strength, and a high level of dexterity. Employees work hand in hand with robots to ensure a perfect fit every time. Ford sought feedback from more than 1,000 production line workers to identify tasks for which the new robots would best be suited. Equipped with high-tech sensors, the cobots stop immediately if they detect an arm or even a finger in their path, ensuring worker safety. “Robots are helping make tasks easier, safer and quicker, complementing our employees with abilities that open up unlimited worlds of production and design for new Ford models,” says Karl Anton, director, vehicle operations, Ford of Europe.

Robots
Cobots
Automation
Enjoyed this story?
Sign up for our newsletter here.