Artificial intelligence and robots are more likely to lead to stagnant wages and de-industrialisation than cause mass unemployment in emerging economies. But beware of the global robot reserve army
Sian Harrington
PS Editorial 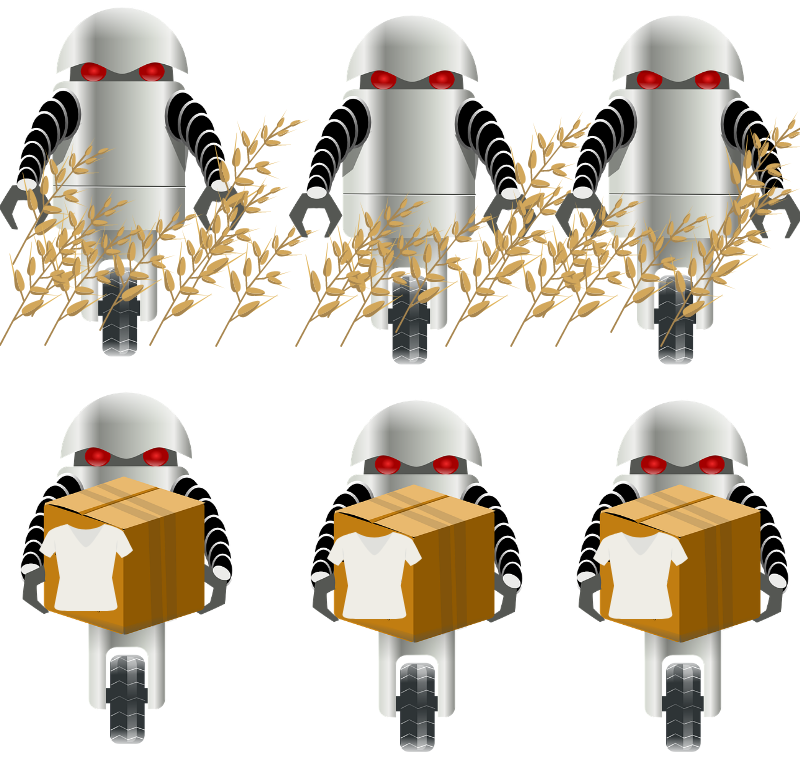 Two-thirds of today’s developing country labour force are estimated to be susceptible to today’s digitalisation, automation and labour-saving technologies. That equates to some 1.8 billion jobs, according to the World Bank (2016).

This is because the poorer a country is, the more likely it relies on jobs such as routine agricultural work which is more likely to be automated compared to the service sector roles that dominate high income economies. Yet, according to King’s College London professors Lukas Schlogl and Andy Sumner, artificial intelligence (AI) and robots are more likely to lead to stagnant wages and de-industrialisation than mass unemployment.

In a new report, The Rise of the Robot Reserve Army: Automation and the Future of Economic Development, Work, and Wages in Developing Countries, Schlogl and Sumner predict that, as manufacturing and agricultural jobs are automated, workers will flood the service sector, driving down wages. This will have a serious impact on poverty reduction.

Schlogl and Sumner argue that the current debate focuses too much on technological capabilities, and not enough on the economic, political, legal, and social factors that will profoundly shape the way automation affects employment.

“Questions like profitability, labour regulations, unionisation, and corporate-social expectations will be at least as important as technical constraints in determining which jobs get automated, especially in developing countries,” they say.

Given the pace of technological change, upskilling strategies are not likely to be a panacea, they add. “We would express scepticism about the often-voiced call for skills-based development strategies alone,” they say.

According to the International Federation of Robotics (IFR), Asia is the strongest growth market for industrial robots. This double-digit growth trend includes not only China, Korea and Japan but also emerging economies in South East Asia. The IFR estimates that by next year (2019), more than 250,000 units of multipurpose industrial robots will be installed in Asia on a yearly basis, with the main industries driving demand in robots being the automotive, electrical/electronics, metal, and machinery, as well as the rubber and plastics industries.

Schlogl and Sumner have devised a scenario (figure 1 below) where an economy is divided into two sectors: an automation-prone sector (APS) comprising jobs that are easy to perform by machines like drilling and lifting, and an automation-resistant sector (ARS) comprising jobs that are hard to perform by machines, such as creative work involving face-to-face interaction. Automation creates unlimited suppliers of artificial labour in the APS, therefore equivalent to labour force growth, or what they call a robot reserve army. This will limit bargaining power and wages of human labour. Thus, people will be gradually pushed into ARS and automation-driven structural change will take place. 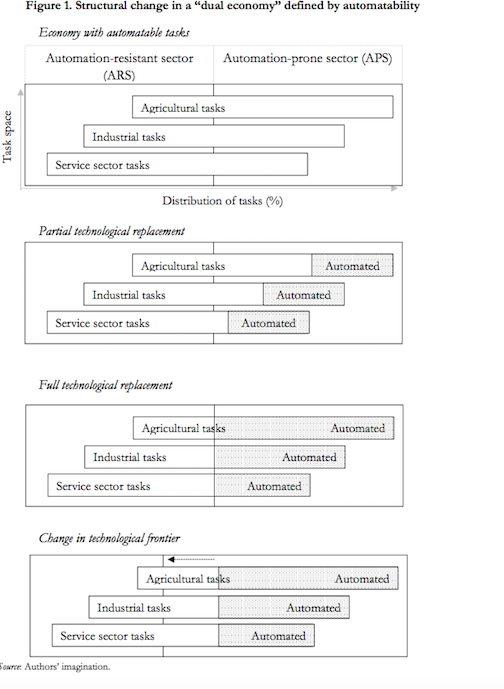 According to Schlogl and Sumner, safety nets and wage subsidies are one strategy that appears desirable to mitigate against the effects of technological disruption but could make labour costlier and therefore exacerbate the trend towards replacement.

“In this context, discussions about a living-wage level universal basic income (UBI) somewhat smack of a “first-world problem”: to be able to worry about the redistribution of profits due to productivity gains assumes the luxury of jurisdiction over those profits, which many developing countries may not have,” they add.

For more estimates on the impact of automation on employment, check out our PeopleSpaceLeaders practitioners network