Five ways to drive innovation from the centre

Innovation has the potential to thrive in every organisation, no matter how large or small. So why are 55% of businesses not seen as active in innovation? The answer may lie with your middle managers, says Cris Beswick, author and co-founder of OUTCOME. Here’s how you can create the right conditions to enable your people to lead and contribute to innovation-led transformation 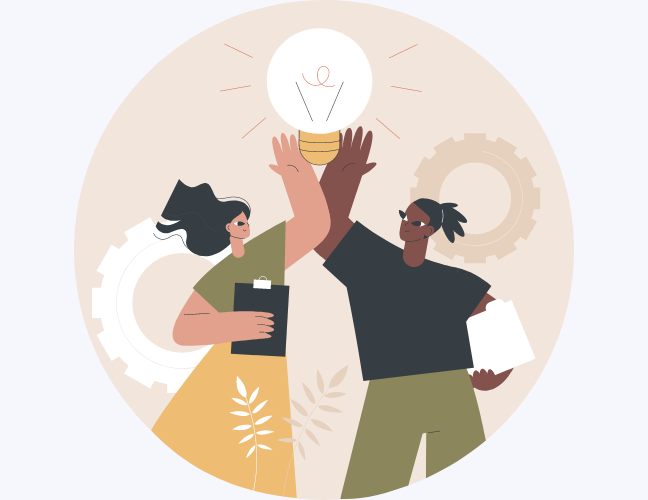 In 2018-20, according to the UK Innovation Survey which was released in May 2022, 44.9% of businesses were seen as being innovation active. That's a higher percentage than in 2016-18 but below the figures seen in the previous two periods. Perhaps unsurprisingly, when asked to list the factors considered as 'fundamental' drivers of innovation, responding to COVID-related issues came in the top four. Behind that was the need to improve the quality of goods or services, meet regulatory requirements and replace outdated products or processes.

So, does that mean that innovation in UK companies should be seen more as a reactive force which responds primarily to outside influence rather than a proactive driver of change? Well, yes and no. Undoubtedly, external influences, such as regulatory or societal changes, will require an organisational response. But unless organisations also seek to drive innovation across products, processes, approaches, business models and experiences, they will never be able to differentiate themselves from the rest of the field.

The UK Innovation Survey highlights that innovation isn't solely the preserve of the $1 billion unicorn companies. Realistically, innovation has the potential to thrive in every organisation, no matter how large or small. So why are 55% of businesses not seen as active in innovation? What do they have to do to change the narrative? How can already dynamic innovators do more with their existing resources?

As with so much in business it starts with leadership. But not the leadership you may have instinctively thought of. My experience of working with hundreds of leaders worldwide on building innovation capability and culture has shown that while executives may 'own' the innovation agenda, successfully scaling capability and embedding it into organisational culture depends on middle managers ‘driving' the innovation agenda. In a way, these people are the organisation's engine, setting the example and driving transformational change. It's an approach called Own, Drive, Contribute or ODC for short, which I unpack further in an article called Changing the Organisational Climate for Innovation to Thrive, which you can read here.

Why are your middle managers so important? Well, aside from comparatively small organisations, in general executives don't have enough interaction with most of their people. Occasional walk-throughs and all-company briefings aside, most executives simply don't interact with their people daily. Certainly not to the level required for building a culture of innovation. Now think of your middle managers. They work with their people daily, leading by example, training, supporting and coaching. Who better to identify growth opportunities, and who better to drive the innovation agenda?

You may argue that innovation driven from the organisation's centre is most likely to be incremental, delivering small changes which have little effect on the overall offering of the business. I would suggest that if you think that, then you are doing your people a disservice. Yes, some changes may be incremental and need to be for the organisation to keep evolving. But your people are just as capable of delivering differentiated or even disruptive innovation, provided that the executive team has actively taken steps to create an environment where that's possible.

In his article on T-shaped Transformations, Paul Cobban commented: "Sustainable transformations require everyone to feel they are equipped, enabled and empowered."  His T-shaped approach combines breadth and depth to deliver transformational change. The top bar of the T, the breadth, is designed to engage everyone and reward participation in change. The downstroke of the T enables the executive team to go deep, choose several critical areas and dedicate teams and resources to delivering solutions. But even in these deep dives with more intensive executive oversight, it will still be the team leaders who are ultimately responsible for ensuring success.

This demonstrates that, while executives may own the innovation agenda, leaders ultimately drive successful transformations at all levels across the organisation. With that in mind, what can executives do to create the right conditions to enable their people to lead and contribute to innovation-led transformation?

'We want to innovate' is not a clear vision. Executives need to identify and map out the future transformational pathway for the organisation in an unambiguous way. More importantly, that vision must be shared and adopted by the executive team. Remember, if the vision says one thing and day-to-day decisions say something else, it won't be long before transformational ambitions lie in shreds.

Having a clear future vision is one thing; communicating it to your people is quite another. Far too many change projects have been killed on the first day when an executive stands up, declares that the organisation will be innovative from now on, and then hands over the 'project'. Effective communication might start with an understanding of the message. Still, it should also encompass how the message should be delivered, how your people might receive it and what might need to be done to overcome resistance. And remember, communication is not a one-off event. In the world of actions matching words, how executives live the change they want to create is as significant as any speech.

This brings us to empowerment. To drive change from the centre, your people need to have a feeling of psychological safety and be completely confident that their actions are supported from the top. To put it bluntly, you can't talk innovation and then micro-manage. And you can't profess a desire for transformation and then punish failure. Truly empowered people feel safe to explore the future with curiosity, creativity and experimentation. It's as simple as that.

I've seen far too many transformational ambitions fail due to a lack of resourcing. Quite simply, if executives fail to anticipate and make appropriate resources available, such as improved infrastructure, tools, methodologies, frameworks or simple financing, they are expecting their people to innovate with one or both hands tied behind their back.

Running through all these threads is the culture of the organisation. Innovation is not and cannot be a bolt-on to an existing cultural platform. If you want to innovate you need to set innovation at the heart of culture, which enables, empowers and encourages the behaviours commensurate with innovation as an outcome. Only then can you hope to set your people free to shape the future.

In short, building a culture of innovation shouldn't be looked at as top-down or bottom-up, but middle-out.

Cris Beswick, pictured below, is an author of two best-selling books on innovation and co-founder of OUTCOME 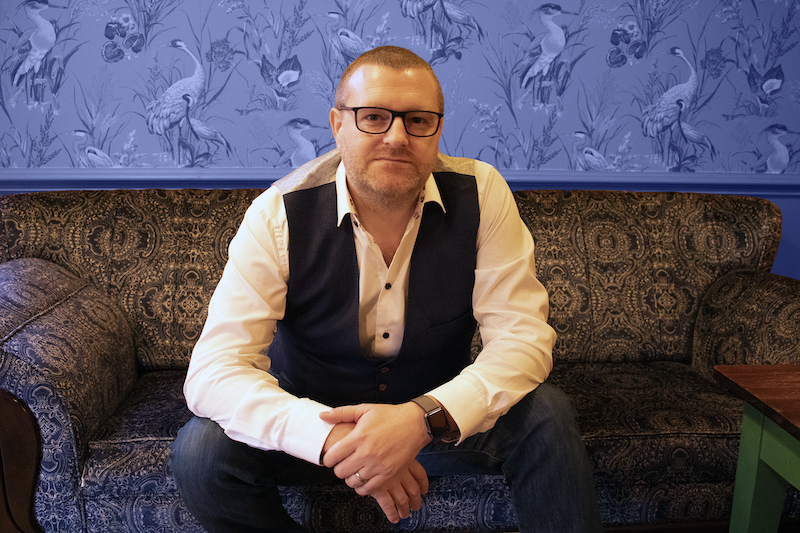