You don’t have to accept failure. Here’s how to become gender intelligent

Gender intelligence will be the most sought-after leadership competency in the next 20 years, so why has progress stalled? In an exclusive interview with Barbara Annis, co-author of a new book on gender intelligence, ThePeopleSpace discovers it's all about men, neuroscience and doing your homework
Sian Harrington
PS Editorial 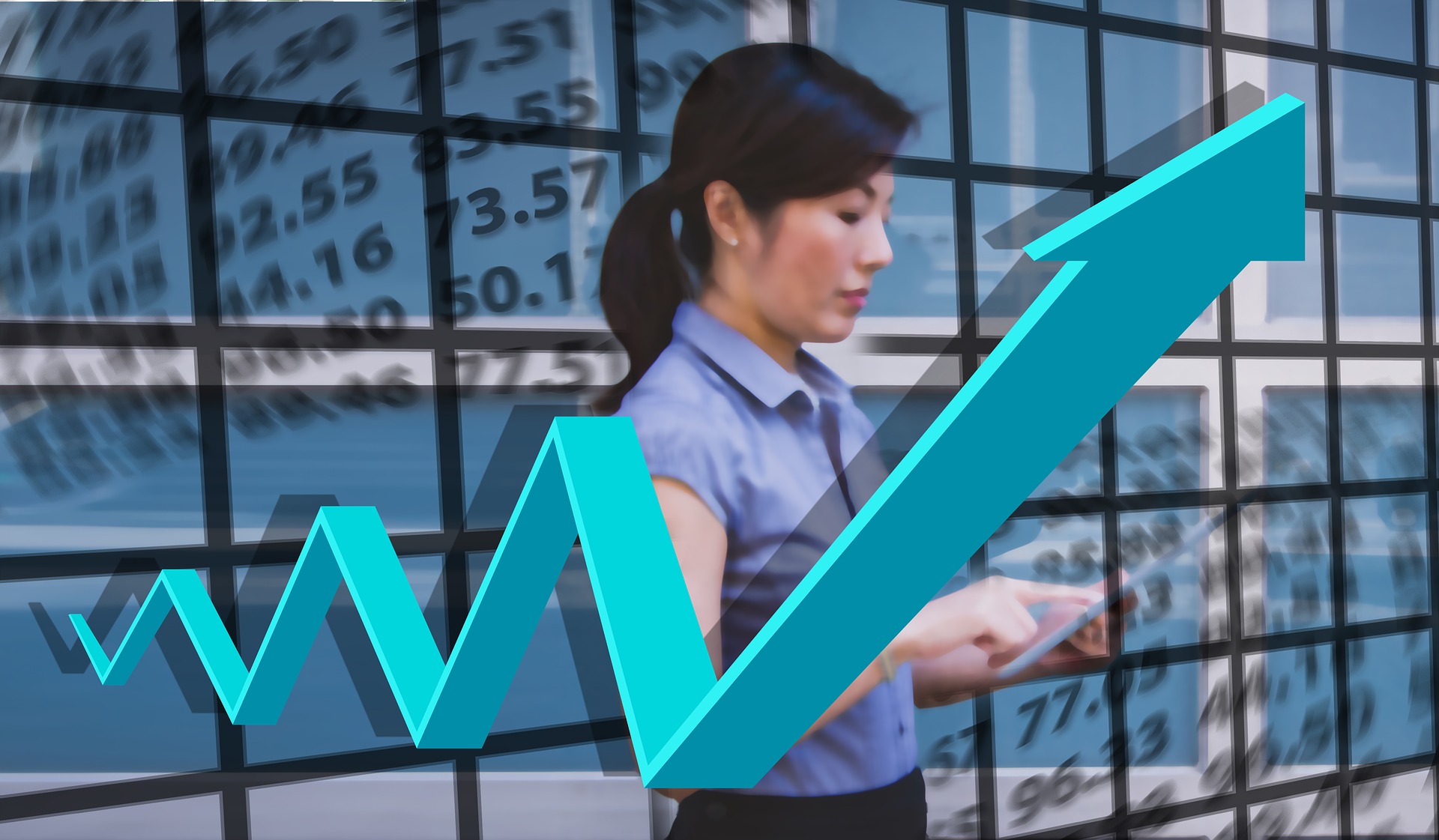 Guilt money. That’s what one bank in New York referred to as the investment it had made in a chief diversity officer role on Wall Street. It was created with guilt money as they hadn’t made any progress in this area.

Or what about the leading technology company with its $3.3 million investment in a women’s leadership programme with a large university? Surely this would help them catapult more women to the top in its traditionally male-centric sector?

It may be unpalatable to all the CEOs, HR directors and diversity leaders out there, but the truth is that diversity is an area where companies appear to have accepted failure. In which other part of an organisation would senior management continue to invest resources in programmes that don’t deliver the promised results?

“The person that created the programme at the university told me that they basically just took their leadership programme and dusted it off and put women on it. I asked: ‘You didn't do any homework around the gender differences among women?’ They said: ‘No’.

“What the company found was that the women who had received all this training went back to the company and into boardroom meetings and saw that nothing they had learned was applicable in the culture.

“But now the women have some portable skills and think the grass is greener elsewhere. There's a lot of impact when you just focus on training women.”

Annis and co-author Richard Nesbitt, president and CEO of Global Risk Institute, found this was not an isolated incident when researching their book. It may be unpalatable to all the CEOs, HR directors and diversity leaders out there, but the truth is that diversity is an area where companies appear to have accepted failure. In which other part of an organisation would senior management continue to invest resources in programmes that don’t deliver the promised results? They would try different approaches and modify programmes until they got those results, or else give up and move the investment to somewhere with results.

But as Annis says: “They keep on doing the same thing over again each year, hoping for different results. For some of these programmes, the goal seems to be the appearance of caring about increasing diversity and hoping something sticks. They are not linked to the financial goals of the company and lack the full support of top leadership.”

Women’s training is just one of the perennial programmes that have shown minimal success in improving the number of female leaders. Diversity and unconscious bias training, women’s networks, mentoring and work-life flexibility programmes all come under their scrutiny for failing to deliver the desired results. And one of the key reasons for this is they are missing one vital ingredient: men.

“What we've done is that we've put the onus on women to fix the women's problem,” says Annis.

“We create these events where 90% or 95% of women go and talk among each other. There’s nothing wrong with this, but it doesn't correlate to advance in a woman. Why are we offering leadership training to women? You look at women who have graduated, often top, in colleges and universities, and they enter the workforce with men. Then all of a sudden, they have to go through this women’s leadership training.”

If this sounds obvious, even Annis has fallen foul of the idea that women need specialist coaching and learning. She herself started by doing female workshops, thinking women needed to be able to understand how to survive and thrive in organisations. A year later she stopped after a female scientist stood up and asked ‘Why are we here? Why us? Where are the men? Why do we need to change? Why aren't we learning together?’ “I didn't have an intelligent answer to give her,” she says.

Men want to be engaged. The problem is that most don’t know what to do. And given men still dominate the top of organisations, they need to understand what to do. After all, in a competitive world it is mad to throw out the advantages that come from adding women to management and boards. There are many studies that find companies that have female representation on boards have stronger financial performance. In order to achieve superior performance you need the critical thinking skills of both men and women not only at the top but throughout the business.

Judging by the lack of advancement, the majority of men running corporations must think their companies would not be better if they had promoted women into senior management and board roles over the past decade.

Unless there is a critical mass of men understanding the economic value of women in leadership and recognising their own blind spots in advancing women, there will be no change, says Annis.

Annis and Nesbitt say the tipping point for a movement to catch fire is when the critical mass of early adopters reaches 13.5%. With, in their estimation, 20% of men gender aware and acting on it, this tipping point has been superseded. However, this 20% is widely dispersed. Reviewing and sharing what works and does not work can help shift some of the 60% of men who believe in the value of women in leadership and want to know what to do, they say.

It’s about being equal, not the same: the impact of neuroscience

So how to get men on board? A big ‘aha’ moment often comes when both men and women understand how differences inform perceptions, behaviours and thoughts. Taking a scientific approach to this has a powerful effect, says Annis.

For example, in terms of behaviour, neuroscience explains why women tend to take a more intuitive approach to their environment while men tend to take a more fact-based surface approach, more often scanning for challenges and threats. Women often define a problem in broader terms, allowing a wider array of potential factors, while men tend to converge in their thinking, define and declare the problem and begin eliminating and isolating issues. Men and women tend to deal with conflict differently. While around 20% of people are hard wired more like the opposite gender, differences like this can help explain things the opposite sex can find frustrating or annoying.

“I had a woman in Silicon Valley not too long ago who looked at science and said: ‘And I thought there was something wrong with me. I've had a male coach for three years who's been working so hard to try to get me to be more like a male leader, or like a guy. But here’s the science. It's actually a good thing I bring my own authenticity to work, versus trying to contort myself into being something I'm not,” Annis shares.

Top four things to do to move towards gender intelligence

So, what can you to make sustainable strides in this area? Annis suggests four core changes:

1. Do your homework and build knowledge

Understand exactly what you're solving in your organisation. Says Annis: “We go in many times and we see that people have done a lot of homework around representation. But I'll ask them whether they know exactly what the root causes are and why they are not making progress. Often you find they are working in one level and yet have problems at other levels in other businesses that they weren't even aware of. So, first, get the knowledge of the culture.” Understanding gender differences, gender intelligence and information sharing come first. Do not move on to coaching and implementation until this is embedded.

Do you walk the talk? Are you recruiting the top leaders with the right shift or transformation in their thinking or mindset around really being able to see this and understanding that they can create congruence between their intention and their behaviour? Both men and women have a lot of blind spots, so remove those blind spots. Shift that mindset. This created the most effective change in advancement of women in the study. But it’s not all about metrics and 360 tools. What makes the real difference is if men are not motivated by compliance but by a deep personal commitment that came from their deep understanding of the economic value of gender diversity in leadership.

3. Find the blind spots in your talent management processes

Performance standards need to consider how men and women uniquely think and act. For example, men and women look at job ads and descriptions differently. Women pay a lot of attention to the wording. "Does this resonate with me? Will I be a good fit here?" Men pay a lot of attention to the opportunity not the wording. If you say: ‘Must have a minimum of five years' experience, men will look at that and say, I’ve got two to three years, I'm going to go and throw my hat in the ring. Women would look at that and say, I have four, I'm not quite ready yet. Change your words. Also, women tend to interview differently from men and if you don't have that understanding, you might walk out from the interview saying, ‘Wonderful lady, I just don't know if she's got the potential’, because women tend to speak in terms of ‘we’ and men tend to speak in terms of ‘I’. Women will say, I was part of the team that delivered $800 million sales while men will say, I delivered $800 million sales. You need to build all this into your talent management and succession processes.

Don’t have window dressing. Develop a programme where you can actually coach men in how to be really effective sponsors for women. This has been a huge success in companies. Says Annis: “We had one client who had no women in senior management and no women on the board and they ended up having 30% women in senior management and 40% on the board. The reason being was that they created, first of all, leadership accountability where the leaders were trained on deeply understanding gender awareness, or what we call gender intelligence, and also the sponsorship. They went out and trained men how to be effective sponsors and women how to be effective sponsees. The numbers changed in nine months.”

Men still dominate corporations despite 40 years of diversity efforts and millions of pounds worth of investment. But what if there were one assured way to improve your financial performance that will not cost you a single penny more than you pay today? What if your company could be out-competed if your competitors do this before you do? And what if you don’t use this strategy and investors shift their investment to competitors that do? Making gender intelligence a strategic imperative is a no-brainer.

Gender Diversity
talent
Enjoyed this story?
Sign up for our newsletter here.