Challenger media brand UKTV was home to early appearances from David Walliams and Russell Brand, launched its former Style Gardens channel by commissioning three hand-crafted gnomes of UK MPs Tony Blair, Michael Howard and Charles Kennedy and appointed a team of astronomers who found a new constellation shaped like grumpy Victor Meldrew from comedy classic One Foot in The Grave. But things were not always such fun for its employees, so it embarked on a culture transformation
Sian Harrington
PS Editorial 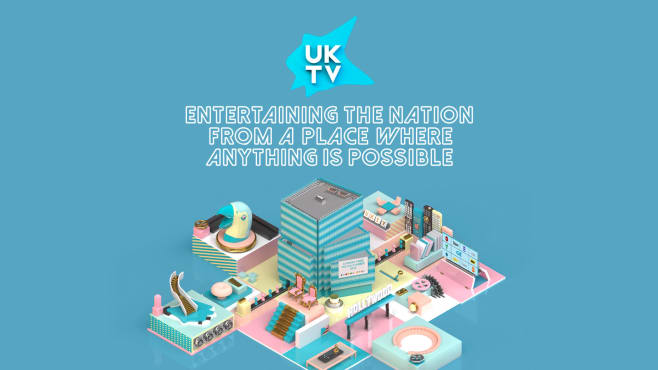 UKTV is one of those media companies you may not have heard about, but if you live in one of the 200 territories in which it distributes its programmes you will probably know its brands. These include ‘the home of witty banter’ Dave, ‘Real Housewives’ channel Really and ‘everyone’s favourite blasts from the past’ Gold, as well as UKTV Play, Yesterday, W, Alibi, Drama, Home, Eden, and Good Food.

The £1 billion independent, digital broadcaster reaches nearly 40 million viewers a month, has the two most popular non-public sector broadcasting channels in the UK and accounts for just under 10% of the British commercial TV market. A joint venture between BBC Studios and American broadcasting group Discovery, there are ongoing discussions about carving it up, with the BBC expected to pay some £100 million to take 60% of the channels and Discovery to retain the others.

UKTV started life small with the birth of UK Gold on 1 November 1992, backed by BBC Enterprises, Thames Television and Cox Enterprises. It delved into the archives of the BBC and Thames and cherry-picked the best programming. In the past seven years it has seen rapid growth in market share and audience numbers. With over 100 shows in production or development, it is currently working on the biggest commissioning slate in its 25-year history.

But back in 2010 the company faced a cultural and commercial crisis. The lure of the rapidly growing digital sector meant the business wasn’t attracting or retaining talent. In addition, Netflix has just started to roll out its transformational streaming service internationally, launching in the UK in January 2012.

New CEO Darren Childs joined in 2010 from BBC Worldwide and instantly began making an impact, overseeing a change in shareholder ownership from Virgin Media to Scripps Networks Interactive (the latter taken over by Discovery in March 2018). The financial signs were good, and Childs thought the latest financial numbers would excite the staff and get them on board. But he was shocked to find a Best Companies survey revealing a disengaged and frustrated workforce. Employees did not feel the company was living its values and listening to their voices. It was clear the company needed a complete cultural transformation.

Culture change is a three-year process. Often, when you say that, the eyes of the executive team glaze over. They want a quick fix. But you can’t walk in with lots of new tools, yet many companies do exactly this. You cannot bestow values, you have to co-create them

“It’s easy for organisations to fall into the trap of thinking that you can create new values and magically, overnight, they will appeal to the workforce. Culture change is a three-year process. Often, when you say that, the eyes of the executive team glaze over. They want a quick fix. But you can’t walk in with lots of new tools, yet many companies do exactly this. They put in a new HR system, then ask why the change has not landed. You cannot bestow values, you have to co-create them.”

The audit found UKTV staff unexcited by the financial performance. Instead, the employees' moments of pride were the desire to win awards such as a BAFTA, to beat rival broadcaster Channel 5 and to be front page news with their programmes. The imperative to create a high-performance culture which nurtured creativity was clear.

A series of executive leadership sessions explored the link between company and individual purpose, self-awareness, building trust and working as a team for high performance. This included Bank of Me, a programme to ensure UKTV kept is culture of high performers. The programme works by using a banking metaphor to describe the two types of people in organisations – savers and investors. Employees were helped understand how their ‘bank balance’ was enabling or hindering their performance, and thus their contribution to a high performing culture.

UKTV members spent a highly interactive day being inspired by the experience of training, competing and learning of twice gold medal Olympian Steve Williams. The team shared tools and approaches to help individuals manage each element of their lives to maintain peak performance. These explored how to create, and keep, a high performing micro and macro team dynamic by using emotional intelligence techniques and personality type profiling.

A significant component of the programme explored the value of giving and seeking feedback as a route to peak performance. Manager engagement included 360° feedback and the transition from annual appraisals to six-weekly catch-ups about development. All content from the Bank of Me was sustained by being integrated into the UKTV values, behaviours and people processes.

An Innovation Pot was launched to support creativity by enabling anyone in the company to put an idea forward to be considered for financial backing. This had little process behind it for, as Preston says: “If there is too much structure it becomes a glorified suggestion box.” Instead, employees were encouraged to ‘do it and learn’, having checked themselves that the idea would not damage the business, cause problems for colleagues or become a major financial risk. Over £1 million worth of investment has been made in such projects to date with the next evolution of the initiative, The Innovation Fund, launched in 2017.

Childs acknowledges the culture transformation as vital to delivering these results and in 2016 UKTV became the first British television broadcaster in The Sunday Times top 100 Best Companies list. A year later The Culture Builders walked off with the Business Culture Consultancy award at the 2017 Business Culture Awards. There’s no doubt: UKTV now has those award-winning moments of pride its employees wanted.