AI in HR: the good, the bad and the scary

HR is the new hot spot for technology investment. But while we welcome gamification of dreaded online mandatory training and apps to remove the drudgery of the annual engagement survey, we need to be careful about cultural differences and ethics 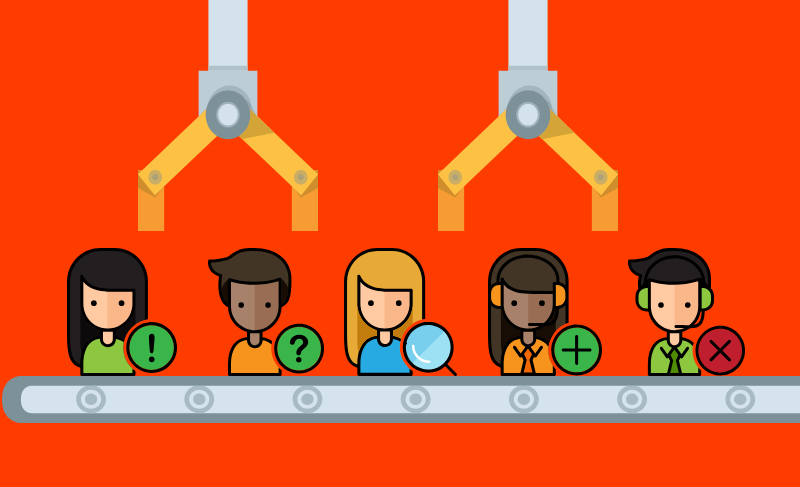 Over the last few months I have spent a lot of time with small tech companies, all with one thing in common. They’ve raised money – loads of money from venture capitalists and private equity to sell digital tech and AI to HR teams. That’s great news for the HR profession – after many years of battling to get funding for wellness and engagement it’s now big business. If these investors and entrepreneurs are right, HR itself is going to be one of the hot spots for new tech. The trouble is while some is good,  some of it is bad news, really bad news and some just plain scary.

There are great apps for wellness with content to inspire and motivate employees. I am not so sure about apps marketed for wellbeing which include collecting data from the wearer of a device. No doubt the fitter the workforce the lower the insurance premiums for medical and long-term absence. Is that really about a culture of wellness? It’s not exactly inclusive either. There are real risks for those who have disabilities including dyspraxia,  who will be less able to participate in gyms and sports. Feelings of being excluded or not fitting risk damaging mental health.

There’s also an AI bot to automate interviewing, allowing hundreds of simultaneous interviews with candidates. All they have to do is sit in front of their screen and a simulated person asks them questions, while recording their responses. But there’s much more on offer than that. The system also analyses facial gestures to reveal insights into candidates’ emotions and attitudes. The recruiter gets a report, similar to a psychometric profile, but based purely on the AI’s interpretation of facial expressions and body language. Apart from the ethics and questionable science, there is a practical issue with culture and ethnic differences. A smile might seem a clear-cut message, but not so in all countries. In some it is seen as a sign of weakness, insecurity or being untrustworthy, so not a great thing to do in an interview. I’m not sure what it would make of starting with a bowing candidate disappearing off the screen!

It’s not all bad though. The increasing use of gamification of learning, particularly for the dreaded online mandatory training, is a gem. I see it is as breaking barriers where learning is no longer a separate activity but can be entertainment. The commuter in our carriage might be on social media but they might be watching that TED talk they saved. Learning communities based around a common app have enormous potential to share knowledge and develop teams.

There are also some great apps to promote engagement, particularly in frontline employees dealing with customers. This provides a platform for fast communication of the latest news on products and to share knowledge across teams. If both parties permit it, you can even connect an individual sales person with a customer. Suppose the last time you were in the store you found a great salesperson who understood your tastes. Next time you go in and if s/he is working, s/he gets a message to say you’re there.

Engagement also benefits from the immediacy of feedback on apps and is a step change from the drudgery of the annual survey with its lengthy delay before you get the results. Employees see you taking action almost immediately as the results are instant. App based engagement tools have another major benefit. They can be used across the whole workforce and not just employees. Franchised businesses like fast food restaurants have many thousands of people serving their customers who are not the employees of the brand. They also have high employee turnover,  so people may not be given devices or appear on traditional HR systems, but they can download an app.

And the scary? Well,  it’s not just politics which is vulnerable to unethical use of social media profiles. Rather than the expense and time of arranging a psychometric assessment why not get one based on social media activity? All your activity is there forever, and it could be used to describe a candidate’s personality, attitudes, beliefs and even their assumed intellect. The intellect bit is partly based on what we like and share. If you like stuff which is categorised as ‘clever’ you get a higher score and if it’s, well, a bit ‘stupid' your score goes down.

Watch out for those pearls of wisdom which whiz across our screens but don’t really make sense when you think about it. ‘Life is a tomato – you decide which way to slice it.’ Like that one and you won’t like the score you get on intellect.

After many years of battling to get funding for wellness and engagement it’s now big business. If these investors and entrepreneurs are right, HR itself is going to be one of the hot spots for new tech