Organisational drag is causing a 25% loss of productive capacity while for every 10% increase in staff headcount, profit per employee declines by 2%. It’s time to unlock the time, talent and energy of your workforce 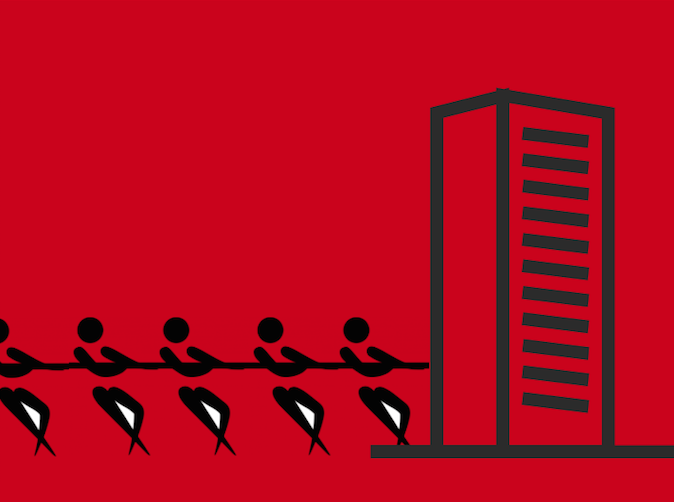 Why is it that some companies, like Netflix and Google, are 40% more productive than others and have 30-50% higher profit margins too? Well, despite what you may think, it’s got little to do with how much great talent they have.

It's how these businesses manage time, talent, and energy that makes the difference. And this difference compounds every year, so that over a decade they can produce 30 times more than the rest with the same number of employees.

These top performers deal with what Garton calls organisational drag – the collection of institutional factors that slow things down, decrease output and drain people's energy.

"Just when businesses need to be nimble and speed up; most companies’ internal metabolisms are slowing down,” argues Garton. "It’s not employees’ fault they are unproductive,” he says. “It’s the very structure of organisations that is at fault. It’s the organisation itself that’s causing productivity to plunge.”

Bain commissioned the Economist Intelligence Unit to survey 300 companies from across the globe with revenues greater than $500 million to quantify the overall impact of human capital management on a company’s productive power. It found that the average company loses 25% of its productive capacity to organisational drag while the best companies cut this loss in half.

“The magnitude of the productivity loss was surprising,” says Garton. “We already knew the average executive loses [read ‘wastes’] 23 hours to meetings every week; that email use is up 7% a year, and the amount of uninterrupted time people get is falling. All these metrics are measures that cause organisational drag, but what I’m convinced of is that the office is itself becoming less effective.”

Garton points to three drivers of this organisational drag:

"Organisational complexity is a natural byproduct of growth. It’s also an inhibitor of growth if unchecked. As companies expand to include more products, business units, geographies etc, then their organisations grow more complex. As you add new vectors to the organisation structure, the number of decision-making nodes grows geometrically. The best companies systematically look for ways to decrease the number of decision-making nodes to the bare minimum to keep decision velocity high."

2. The explosion in communication enabled by digital collaboration tools

"The cost of setting up a meeting or sending out an email is essentially zero. However, the cost of attending a meeting or reading an email is not. We find that between meetings and e-communications, the average manager loses nearly 3.5 days per week. That leaves only 1.5 days for getting productive work done and much of this is fragmented time – blocks of time in less than 20 minute increments. This strips managers from having time to do deep versus shallow work and is a tax on productivity and creativity. Over time, this can lead to employee burnout."

3. Over-collaboration resulting from the desire to be inclusive

"Often the root cause of point two is the desire to be inclusive in organisations. Inclusiveness and diversity are key to maximising your return on investments in human capital. However, many companies end up over-collaborating out of a desire to be inclusive. This over-collaboration leads to excessive meetings and digital communications. It can lead to many ineffective interactions where more people are involved than is necessary to get the decision made or task completed. Cultures should and do value inclusiveness and collaboration but they must collaborate very intentionally to make the best use of everyone’s time."

“The very noble push to create inclusiveness in organisations has seen leaders confuse collaboration with productivity. The two are not so linked”

Bain also analysed 2015 data from the 3,400 companies that make up the S&P Total Market Index to see the relationship between scale (size of employee population) and productivity (profit per employee). And this threw up a surprising fact: “With each additional person the productivity curve really falters,” Garton explains.

“We found that for every 10% increase in staff headcount, profit per employee declined by 2% – which is a major problem, because there are 6% more firms with 500+ staff than there were 30 years ago.”

Top-performing companies are better at deploying, teaming and leading the talent they have. They take an “intentionally nonegalitarian” approach to distributing their all-stars, ensuring that 95% of the people in mission-critical roles are 'A' quality. The best companies gain about 25 points in productive capacity from how they manage their talent.

In other words, an organisation would need about two-and-a-quarter satisfied employees to produce as much as a single inspired worker.

Garton says organisations need to create more of this ‘inspiration’. A separate piece of research with more than 3,000 employees from a wide range of companies finds 33 distinct attributes associated with inspirational leaders. Bain found that leaders who had just one distinguishing strength doubled the probability that they were considered inspiring. If they had four distinguishing strengths, there was a 90% chance they were considered an inspirational leader. 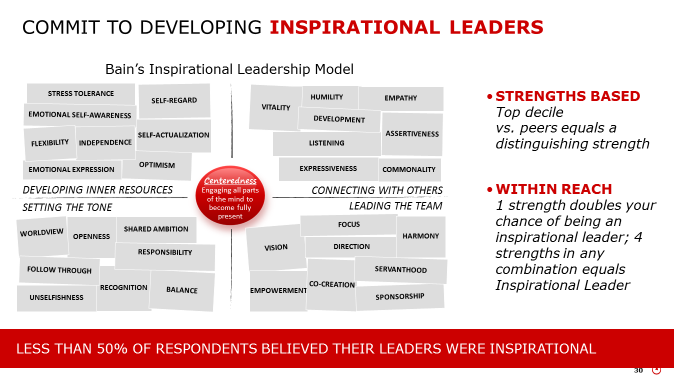 “You only needed to have one of these identifiable traits to double your chance of being regarded as inspirational,” Garton says. “This was a surprise. Most leadership models suggest leaders need at least six to eightspecific qualities, but what I’m arguing is that most leaders can build an inspirational platform based on their own strengths. What it’s saying is that inspiration doesn’t have to come from a fixed list of qualities – it can be whatever your own brand is – as long as it’s identifiable.”

This reignites ‘inspirational founder’ theory – the person who casts their business in their own image. Garton acknowledges this, but argues the theory proves companies should have the power to endure longer because they can create inspiration without the original boss still being there. “As long as leaders present their own strengths, it’s an inspiration, and therefore productivity maker,” he says. 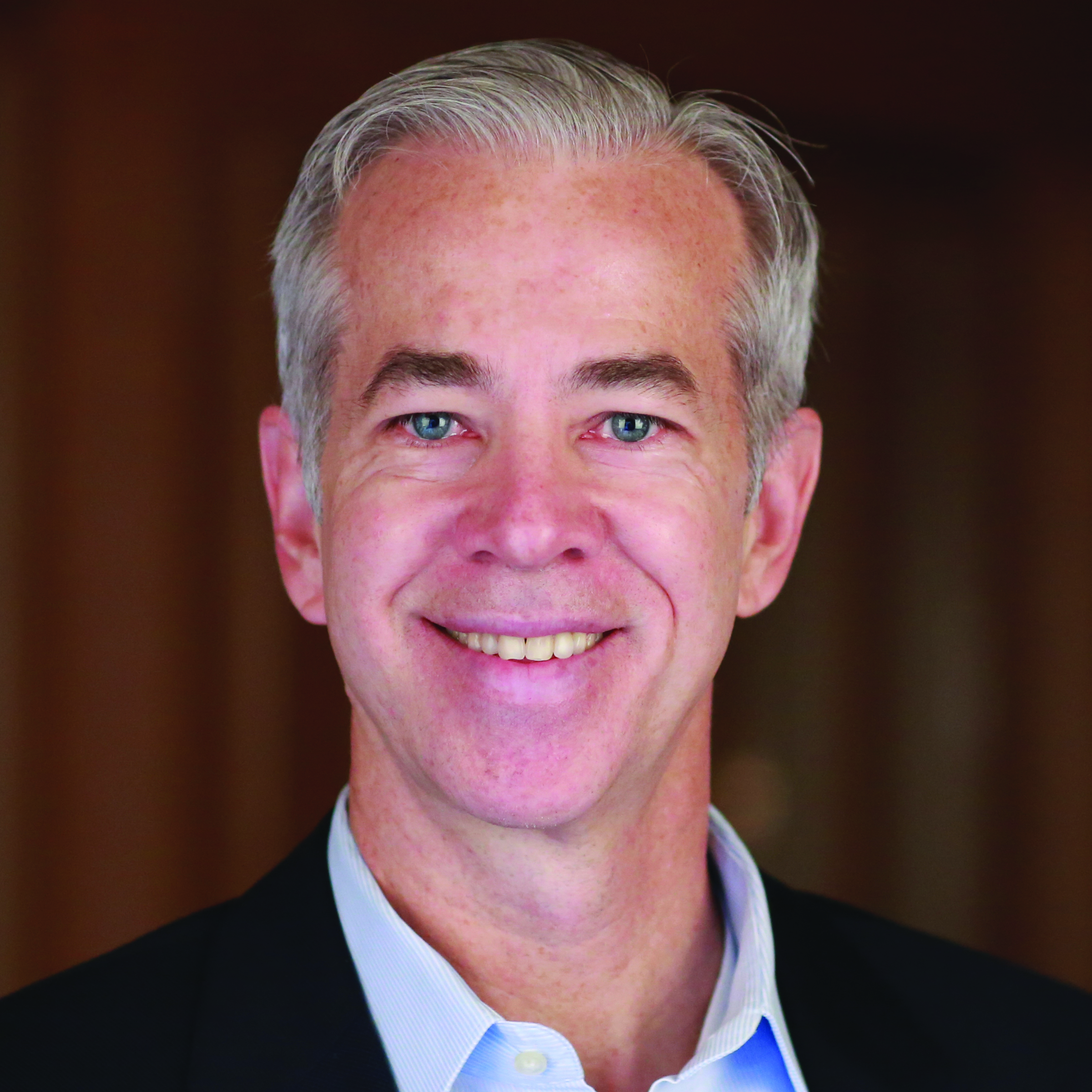 So who does Garton (pictured above) think has good leadership? The company he most admires is Amazon because he argues Jeff Bezos still combines urgency of decision making with a very particular quality – always being a so-called “day one” person. “He never goes straight to the day two mindset before sorting out day one,” he says.

Microsoft, is another favourite. “It’s maintained an urgency about itself, and an inspiring culture – but through acquisition of lots of other interesting and smaller companies,” he says. “As a result it’s managed to bring in bosses from acquired companies, who have been able to transform and inspire others directly around them.”

Some might argue that what Garton is really talking about is the need for good, old-fashioned leadership – or to be more precise, conviction leadership – to create true followership. But that would be to oversimplify his message. He actually believes no single leader can unstick companies from what’s ‘dragging’ them down purely by themselves. He instead suggests leaders find their “top 150 difference makers” lower down in the business. These are the people who are 50% more productive than average talent and HR directors should move these changemakers into the 5% of roles that are truly business critical, says Garton.

Leaders should also “deactivate nodes”, he says. “Every slow decision produces drag and every major decision seems to involve far too many stakeholders (or nodes of people).”

He adds: “We’ve found 60% per cent of employees must now interact with 10 or more people every day to get their jobs done; 30% interact with 20 or more. Firms have to deactivate nodes that no longer create value.”

Dell, for example, managed to reduce the number of people engineers had to deal with from 11 to five, and Garton says it saw its productivity rise thereafter.

Business leaders must change their ways if the world’s productivity problem is to be solved, Garton concludes.

“Organisational drag is a chronic illness, that needs managing like blood pressure,” he says. “Even the very best organisations still suffer from a 10% productivity drag.

“Falling productivity is inevitable; it’s just how much leaders want to impact it. Strong leadership is what moves engagement to inspiration. The good news though, is that it’s in most leaders’ hands, because effective leadership isn’t generic. Inspiration can come from whatever they make it, and that’s what drives lasting productivity.”