Becoming a high performer is like going on a diet. There are numerous unproven fads teasing you in with their scientific claims and clever marketing. But most are overblown or simply false, says Marc Effron in the first of two articles from his new book 8 Steps to High Performance: Focus On What You Can Change (Ignore the Rest). 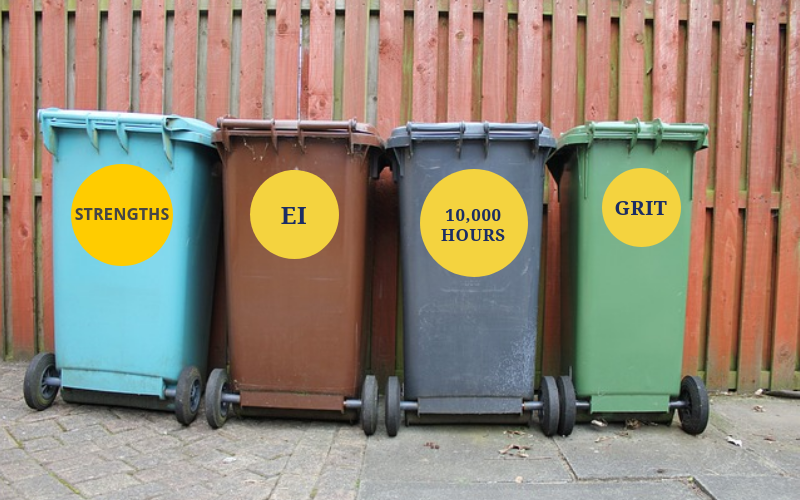 Being a high performer would be easier if the contents of every best-selling management book and popular TED talk were true. You could then experience unheard-of success if you read the Wall Street Journal ’s top 10 business best sellers and did exactly what each book said. Unfortunately, no one shares which of those books and talks are filled with truth, which are filled with unproven advice, and which are scientifically proven to be wrong. Until now.

The final step on your journey to high performance is to avoid the fads that distract you from what’s scientifically proven to improve your performance. Many of these fads present advice that would seem to make your life easier (focus on your strengths), quickly increase your performance (adopt a growth mindset) or give you instant self- confidence (strike a power pose).

They’re well marketed, often by a charismatic professor from a reputable business school in a stereotypical TED talk. They often have a scientific paper to back their claims, but those scientific findings are soon proven to be overblown (emotional intelligence), the relabelling of an existing concept (grit), or simply false (power posing, again).

Your hard work to be a high performer shouldn’t be derailed by popular but questionable management advice. Not only will these fads not help you to approach your theoretical performance, they’ll waste valuable time that you could apply to the seven steps that are proven to work. Here’s a summary of some popular management fads, where they’re wrong, and what you should do instead.

A high performer should carefully evaluate any concept that’s marketed as a quick and easy way to improve performance. Use the “research, science, or conclusive science” screen before you believe any claims, because those that sound too good to be true typically are. That includes the following claims:

1. (Please Don’t) Focus On Your Strengths

Gallup has sold millions of books that claim you’ll be more successful if you focus on what you’re good at or hope to be good at. It calls these things your “strengths”. The concept that you should focus on your strengths seems like a wonderful recipe to be happy at work. You don’t have to confront any hard truths about what’s holding you back or risk failure by trying something new. However, those who suggest a strengths focus offer no scientific proof that people perform at a higher level or develop more effectively if they do this. I’ve asked leaders of Gallup’s strengths group to provide some scientific evidence to support their approach. They have more than ten years of data from their strengths tools, but they said they had no scientific evidence that would prove its effectiveness.

On the other hand, there is research that shows: (1) the behaviors we need to succeed as we move up in an organization change, so today’s strengths may be irrelevant tomorrow; (2) we have fewer strengths than we think we do (if we define a strength as being meaningfully better at something than others); and (3) our weaknesses (the “derailers” described in step two, “behave to perform”) will slow or stop our career progress. Focusing on your strengths will help you be better at the exact same things you’re good at today, but won’t help you be good at anything else.

WHAT TO DO INSTEAD: Your strengths are your strengths because of your personality, career path, and interests— they’ll never stop being your strengths. If you turn up the dial higher and higher on them, you’ll create derailers (remember, from step two, “behave to perform,” that a strength turned up too high is a derailer). Keep listening to others about the skills and behaviors that you should improve to be more successful. They’ll be happy to find a few nonstrengths for you to focus on. Step two tells you how to easily gather their input and use it to quickly change your behaviors.

It’s a wonderfully intuitive idea that our performance might improve if we better manage our emotions and more accurately perceive others’ emotions. What’s often sold as emotional intelligence (EI) is almost entirely from the fixed 50 percent factor of personality and does not predict job performance any better than personality does. Leading personality scientist Tomas Chamorro-Premuzic commented that EI had simply repackaged very unsexy elements of personality in a nicer wrapper, saying, “[Even if EQ [emotional quotient] is largely old wine in a new bottle, at least the wine is very drinkable.”

Turning up the dial too high on EI can even create a condition called psychopathy, where you’re so insightful about others’ emotions that you become manipulative and superficial. EI can make up for lower IQs in some situations, but if you’re missing IQ points, you have a much larger performance challenge ahead.

WHAT TO DO INSTEAD: It is helpful to understand how people see you manage your own and others’ emotions and to correct any harmful behaviors. Doing each of these things well enough to be successful isn’t a different type of intelligence than IQ. It’s just about behaving in a way that your peers and co-workers value. As you read in step two, there are people who are very successful despite what appear to be lower levels of EI. Follow the process defined in step two to get direct or indirect feedback on the areas that your trusted colleagues would most like you to change.

3. Ten Thousand Hours of Practice Is Exhausting and Irrelevant

I highlighted this finding in the introduction, but let’s put the final nail into the “practice” coffin. The myth that anyone can master a skill if they put in ten thousand hours of practice gained traction in Malcolm Gladwell’s book Outliers. Science says it’s simply not true. In studies of chess players and musicians, research shows that hours of practice account for only about one- third of someone’s performance. Other science shows that Olympic athletes and chess masters far outperformed their peers even as children, before they could accumulate many hours of practice. That means that practice helps, but it’s not the magical solution to performance that some claim it to be.

4. You Won’t Develop Grit by Reading a Book

Another best-selling book and popular TED talk focuses on something called “grit,” which the author claims is a new factor she identified that drives high performance. She defines grit as a “perseverance and passion for long- term goals.” The only problem with that claim is that science shows that grit is almost entirely the well- known personality factor of conscientiousness and is therefore solidly in the fixed 50 percent.

We know that conscientiousness drives performance, so there’s nothing new in the author’s claims. Your core level of grit (conscientiousness) is fixed, so some people will always be more naturally “gritty” than you. You can certainly try harder to stay focused on tasks and be less distractible, but that tactic is not new and is one that those with lower conscientiousness will find tough to master.

WHAT TO DO INSTEAD: Use the goal-setting tactics described in step one, “set big goals,” to focus on your few most important goals. You’ll be less distracted if you try to focus on three big promises, not ten. Put clear time boundaries on all goals to focus your attention on their completion and consider adding midpoint measures to all your goals. These will ensure that you’re regularly measuring and correcting your progress, which will show up as perseverance.

Part two of ‘Fads to ditch now’ will be published on ThePeopleSpace later this month. Read it first on our PeopleSpaceLeaders site or sign up to our newsletter so you don't miss out 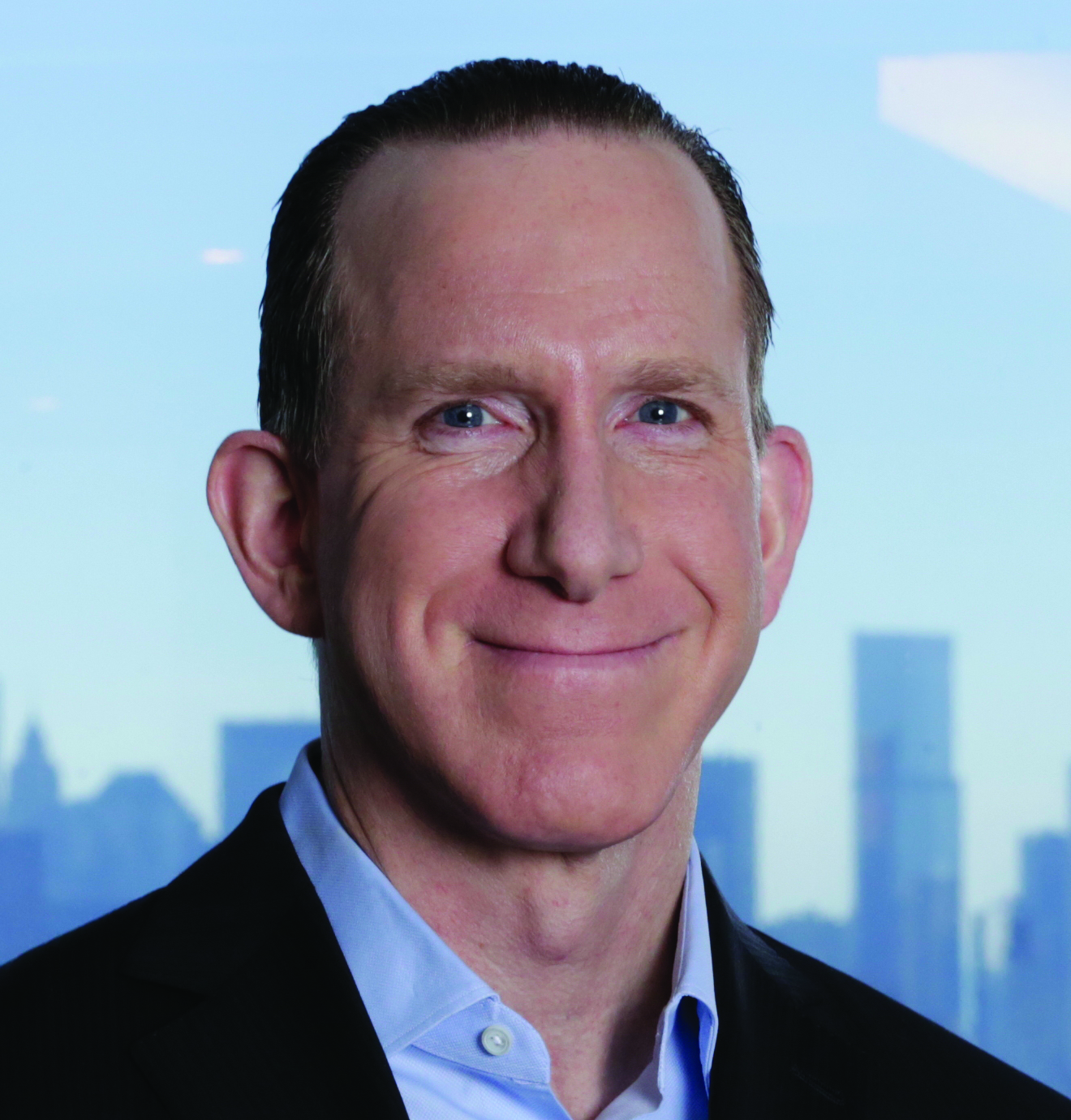 5 September 2018. Marc Effron (above) is founder and president of The Talent Strategy Group and author of 8 Steps to High Performance: Focus On What You Can Change (Ignore the Rest). This extract is reprinted by permission of Harvard Business Review Press
Emotional Intelligence
HR Fads
Strengths based

The concept that you should focus on your strengths seems like a wonderful recipe to be happy at work. You don’t have to confront any hard truths about what’s holding you back or risk failure by trying something new