The CEO who searched for a digital messiah: what happens when you try to hire your way to digital success

Meet fictional CEO Magnus Borg. His established company faced new threats from digital start-ups. The answer? To find a digital pioneer to solve the problem for him of course. What could go wrong, ask authors Alexandra Jankovich, Tom Voskes and Adrian Hornsby? 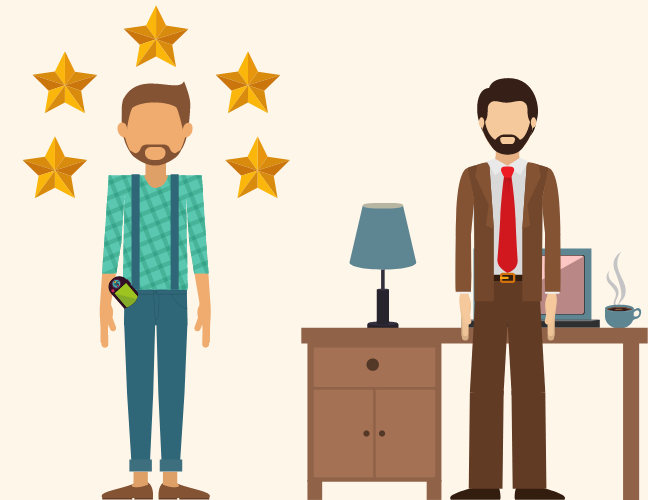 Leaders often ask us for real cases of companies taking on digital. They’ve seen countless sets of ‘essential principles’ but these are often too neat to be useful in a messy world. Meanwhile, the case studies that are published tend to present a sanitised version of things. That’s why we wrote Disruption in Action – a book of fictionalised cases that reveal what really happens, including the blunders, breakthroughs and people involved. These are all based on our real-life experience of working with hundreds of companies, and one of the most common mistakes we see is people trying to hire their way out of a problem…

Magnus Borg had worked at Snabb Bearings for 32 years and been CEO for the last three. He had risen through the company by being politically savvy, not taking too much risk and optimising the heck out of the existing business model. And for 30 years, it had been fairly stable. Snabb Bearings was an industry titan, with big factories and lock-in relationships with big clients.

But with digital, new threats were emerging and making Magnus feel very uncomfortable. To give a small example: motorbike spare parts had always been a lucrative aftermarket, fully controlled via their distributor partners. But now, no-name bearings were being sold at a fraction of the price direct to garages or indeed anyone with a phone. It was a bolt from the blue and didn’t even feel like a tech attack. And it had got Magnus thinking three things:

The problem wasn’t so much that he didn’t understand digital. It was that he wasn’t used to disruptive environments and he didn’t have the conceptual toolkit to start thinking about them.

But – being a lifelong manager – he knew the best way to solve a problem was to find someone to solve the problem. And he’d heard about a new c-level position: that of chief digital officer, or CDO. So he resolved to get himself one.

Magnus needed someone new to flash in front of the board and so went looking outside the business. And his eye was naturally drawn to heavy industry’s top digital guru: Lazlo Hout.

Lazlo ran a series of high-profile events that got engineers and tech geeks together to hack up fun things, like robots that played ping pong. It was a publicity machine and had made Lazlo a media darling, but, in truth, was hardly a money-spinner. So when Magnus called, Lazlo jumped on the first plane to Sweden.

‘I got this,’ he said as they looked out over the Øresund Bridge together. ‘We’re gonna be just fine.’

Magnus had his Digital Messiah.

Lazlo entered Snabb to great media fanfare, but confusingly, to no real role. The position had only just been invented! So with nothing specific to do, Lazlo started poking around, and having never been inside a large corporate before, he was bowled over by its complexity.

Snabb had three main business divisions: Industrial, Automotive and Speciality. Each broke into multiple sub-divisions, which were further cut into regions and countries, and crosscut by acquired brands, which often spanned the divisions. The org chart alone made Lazlo’s head hurt.

But worse still, the divisions were run by presidents who were like barons in their castles. They each had multi-billion euro operations at their command and looked down on Lazlo with suspicion and snootiness.

Baffled by the structure, and intimidated by the powerful Presidents, Lazlo was left staring at the very question Magnus had dumped on him: How the hell do I make all this digital?

Nevertheless, Lazlo was a can-do guy, and saw two options: do something –

It was a no brainer. Option one would throw him straight into the presidents; two was blue skies, geeks and grease, and very much his bag. He could set up a new division of his own for investing in futuristic digital ideas, and he even had a name –

Lazlo pitched SnabbX at a senior leadership meeting and Magnus ate it up. It was just what Magnus needed to show the board. But there were rumblings among the presidents.

‘We have an M&A department of our own,’ said the Industrial President. ‘We’re looking into new tech all the time.’

But it wasn’t quite over as straight after the meeting, he was buttonholed in the corridor.

‘You better not invest in our competition,’ whispered the Auto President. ‘Digital upstarts are out there faking our parts!’

‘And lubes!’ hissed another.

‘I will! I will!’ promised Lazlo, and just about wriggled free.

SnabbX launched as a global road show under the banner, The future of rotation. It was essentially a traveling stage for entrepreneurs, academics and unknown geniuses to pitch ideas, while Lazlo got to play king and scatter seed money. He called in all his media contacts, and as theatre, it was a hit.

To be fair, there were some great ideas out there, but mindful of the Presidents’ warnings, Lazlo stuck to the zany ones. For example, a teenager had built an app that made visualisations of spinning bearings, and it had gone viral in the skateboard community. Lazlo took a 20% stake, making the teenager a millionaire and giving the media one doozie of a story.

With so much buzz about SnabbX, Snabb started to gain a reputation as a digital pioneer. The brand had never been more visible, the share price rose, and Magnus, Lazlo and the other senior leaders had a very convivial board meeting. The chair’s son was even hooked on the app!

But, inevitably, the media moved on, and as the tents of the road show came down, a year later, Magnus took stock of what they’d achieved:

The end of year meeting was a glum affair.

‘Lazlo,’ the chair said, welcoming the leaders in. ‘Let me pour you a schnapps.’

The words were well known in Snabb circles to be the kiss of death.

Alexandra Jankovich and Tom Voskes, pictured below centre and left, are the co-founders of digital strategy consultancy firm SparkOptimus. Together with Adrian Hornsby, pictured below right, they are co-authors of the book Disruption in Action: 7 inside stories of how global companies take on digital disruption 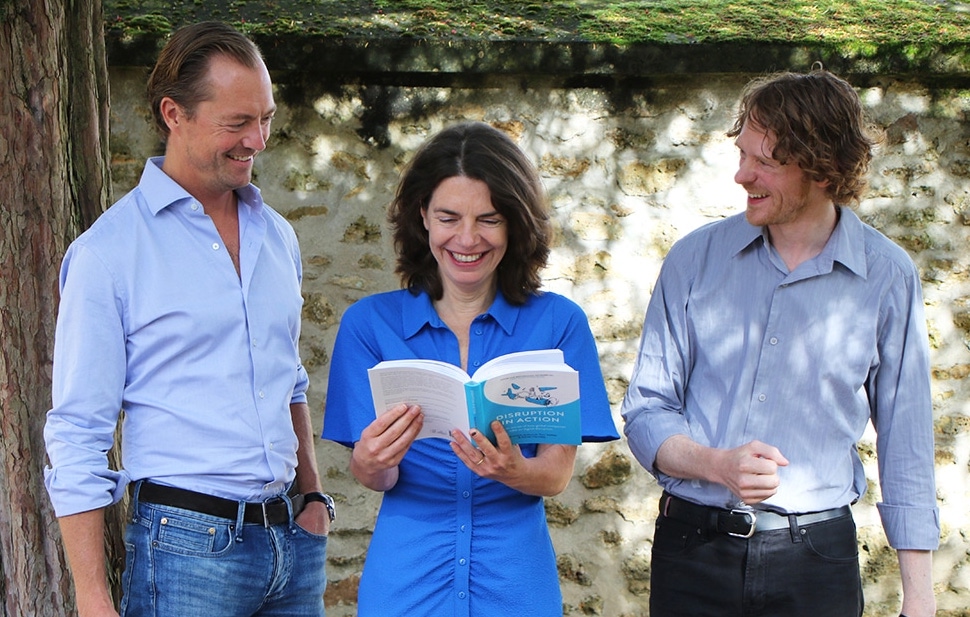