If people want a meaningful and empowered future in an automated world, rather than the dystopian future often painted, then they have to claim it. But is business ready for this seismic shift and will it choose to put humans and society first? 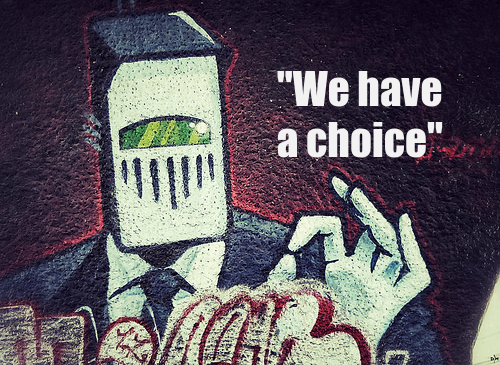 In 1930, in the midst of the Great Depression, the economist John Maynard Keynes predicted that by 2030, thanks to advances in technology, the working week would be drastically cut to around 15 hours. He may yet be proved right. Serial investor, entrepreneur and all-round tech genius Elon Musk has predicted that AI will be able to beat humans at everything by 2030. While others think it will take longer, 350 AI gurus still recently said there is a 50% chance that AI will outperform humans in all tasks within 45 years.

This has major ramifications for the world of work. If AI can perform better than a human, what is the point of keeping people employed? According to a 2017 study by PwC, more than 10 million UK workers are at high risk of being replaced by robots within 15 years as automation gathers pace. Many of these jobs are those traditionally thought of as ‘skilled’, with automation coming for jobs in white collar professions as well as blue.

Are businesses and leaders really ready for this seismic shift? Are the huge, societal issues of a world without work – or with dramatically less or at least different work – even on today’s boardroom agendas? It is something that worries David Done, CEO of housing association RHP. “This is the biggest work-related issue we face – it’s going to have far more of an impact over the long-term than Brexit,” he says. “I fear that a post-work world will result in huge swathes of inactive and unemployable people – and a greater divide between those engaged in meaningful activities and those who are not. And while I believe that leading a fulfilling life does not require going to work, human beings want and need to be purposeful.”

But he adds, more positively: “We have a choice.” While a dystopian vision of the future could suggest one where only a small number of technology businesses (with small workforces of highly skilled people) control the marketplace, while great swathes of the population struggle to get by in precarious ‘gig’ roles, this is by no means a given.

“We are going towards a technological revolution,” says Peter Bloom, senior lecturer and head of the department of people and organisations at the Open University Business School and co-founder of the Research into Employment, Empowerment and Futures group (REEF). “We need to become revolutionaries ourselves. That means having an open discussion about what kind of future we would like and how technology could help get us there. We have to be ethical and socially responsible.”

Siobhan Sheridan, people director at the NSPCC, agrees, adding that the concept of a post-work world is “something that we need to ‘decide’ rather than just ‘allow’ to happen”. “Just because we 'can' do things doesn't mean to say that we 'should' do things,” she says.

This element of choice, however, means that businesses need to step up and tackle this agenda now. “Technology is rapidly transforming businesses and society in ways that cannot be predicted or ignored,” says Business in the Community chief executive Amanda Mackenzie. “As we all grapple with how to manage the transition to a digital economy it is important for businesses to consider how they can respond in a way that is brave, long sighted and, most of all, human.”

Of course, the “technological revolution” Bloom describes isn’t the first time the world of work has radically changed. Frank Douglas, a former group HR director and CEO of Caerus Executive, points out that “most people would consider this the fourth industrial revolution”. Wendy Cartwright, interim head of HR at the House of Commons’ restoration and renewal programme, adds: “There have always been bumps along the way; this – technology and how we respond – is just quite a big bump.”

Bloom’s colleague Owain Smolovic Jones, senior lecturer in people management and organisation, adds that “many parts of the UK have been in a post-work situation for generations now”.

“Whole generations of people in the 1980s and onwards experienced their jobs becoming obsolete due to privatisation and globalisation,” he says.

The difference this time, he adds, is that “automation has the potential to unleash similar effects – on the same people but also new waves of people”.

The speed of change is also far faster than we have seen before, with technology evolving at an exponential rate.

“We’re in a world where work is going to continue to evolve; that’s always been the way, it’s just happening faster than before,” believes Mandy Coalter, people director at United Learning. “Children will go into jobs that don’t even exist yet. The biggest challenge is we are not able to make predictions.”

But not being able to make solid predictions doesn’t mean not taking action to future-proof organisations, individuals and society. Some of these are on a policy-level scale, such as moves towards a shorter working week, something being explored by some Scandinavian countries, or offering a universal basic income (UBI) – a concept Swiss voters rejected last year in a landmark referendum. The UK’s Green Party manifesto pledged both a four-day working week and UBI.

Other steps can – and should – be taken by businesses. “It’s about creating a society where disruption is seen as a positive, not a threat,” believes Bloom. This means instilling a culture of lifelong learning and a focus on learning agility. “Lifelong learning gives people the tools and ability to update their knowledge and become creators,” Bloom says. “Give people knowledge security, not just financial security.”

Coalter agrees: “It’s about agility and flexibility, making sure people have core skills and can adapt to technology.” At United Learning, she says, the digital strategy is focused on training the teachers not just to use the latest “fad” tool but to support children through technology-driven change.

Those skills that are harder to be replicated by machines will become increasingly important. “We have to think very smartly about how technology fits into roles,” says Cartwright. “You have to engage young people coming into the workforce, who are so plugged into digital, in social skills and how decisions are made.”

Sheridan echoes this, adding that people need to be involved, empowered and talked to. “What I notice in conversations with young people is that they are scared,” she says. “Scared of all the things they are hearing discussed and scared that the older people taking the decisions aren't thinking about their futures. I suspect people currently in the working world are troubled too. It’s important we involve people and appreciate and understand their anxiety.”

At RHP, technological advancement doesn't have to mean people losing their jobs, Done says. “We’re actively choosing not to make people redundant but to work with them on adapting roles to fit the changing needs of our business,” he explains, describing how self-service platforms for tenants are “giving greater choice about how we use the people capacity this is unlocking”.

Bloom and Smolovic Jones believe the time is ripe for business that can be delivered by some form of collective ownership, embracing open access and truly embedded in communities. “This challenge is one of going beyond the logic of corporate social responsibility to one where the social good and social participation become far more central in the design and strategy of business,” explains Smolovic Jones. “If people want a meaningful and empowered future in an automated world, then they have to claim it. In my mind, the question is how businesses can keep up with a more radical and empowered people?”

The paradox inherent in this discussion is that the human aspect becomes more important, just as robots begin to outperform what we can do. Douglas believes that while financial capital was the competitive advantage in previous industrial revolutions, “now talent is the competitive edge”.

“It’s my view that the most successful businesses in the future will be those that continue to put people at the heart of everything they do – and those that adapt best to technology by creating new roles which sit alongside and augment it,” adds Done.

Ultimately, all the experts The People Space spoke to agree that society and individuals have an active choice about whether the future world of work is utopian or dystopian, post-jobs or evolved jobs. “This is about co-creating futures that work for all of us and choosing empowerment over insecurity,” says Bloom. The future can be positive, but collectively businesses need to step up, to make sure the choices we make value, in the words of Sheridan, “what is right for humans and society as well as for shareholders and investors”.

Total votes: 318
Enjoyed this story?
Sign up for our newsletter here.