High performance means removing that chimp on your shoulder

You can have all the skill in the world and prepare as thoroughly as possible but unless you remove that nagging doubt you will not achieve, says Olympic track winner Sally Gunnell 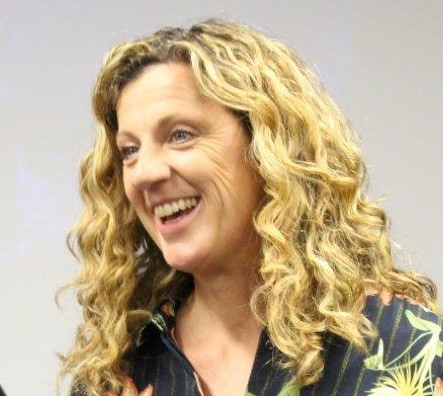 Imagine training for years to achieve your goal. Getting up in the early hours to work out on the coldest or rainiest day when all you want is to stay under the duvet. Training hard to ensure you reach peak fitness on the day that matters.

And then…you throw it all away in the last minute. What did you do wrong? And how do you pick yourself back up?

Olympic Gold winner Sally Gunnell faced just that at the World Championships in Tokyo in 1991. Having taken Gold in the 400m hurdles at the Commonwealth Games in Auckland the previous year she was in perfect fitness and confident of a Gold. At the penultimate hurdle she was leading when, for a split second, she glanced across at one of her rivals and was overtaken. Finishing with a Silver, Gunnell was distraught.

Gunnell told HR leaders gathered at a Leathwaite event in London, UK, that in that moment, as she looked across at her rival, her mind was diverted as she noticed how much taller she was, and that lost her the race. But it also taught her a number of lessons that are as applicable to business as much as they are to sport.

Lesson 1: Mental attitude is the space between talent and performance

The following year she needed to master that mindset when the UK’s track and field hopes at the  1992 Olympics in Barcelona rested on her. But, as she says: “There’s that little chimp on your shoulder, telling you that you are going to screw it up and throw it all away again.

“This is where building resilience helps. When something gets in your way, you need to know how to pick yourself up and move on. You learn that these things happen in life and the skill is not to dwell on them but to find a positive out of them. Find out why it happened, learn and move on.”

Lesson 2: Surround yourself with talent by building the right team

“To get from number five to number one at the Olympics I needed the right team around me. I knew what I wanted to achieve and what I could do to improve but realised there were lots of areas in which I needed help from others to enable me to achieve those goals.”

So she surrounded herself with specialists such as nutritionists, psychologists and mentors.

You don’t just get to your goal in one step. Incremental steps towards a clearly defined goal matter. This sometimes means repetitive tasks and it’s easy to lose interest – it’s human nature to want to catapult to the exciting stuff. But small steps followed by evaluation and learning will get you to more sustainable success.

Lesson 4: Focusing on wellbeing pays off

In the world of sport, looking after your physical and mental strength is a given if you want top performance. This is also true of the business world. Organisations increasingly realise the return on investment from wellbeing but knowing how to achieve this is not always obvious. Information overload makes it difficult sometimes to make an informed choice. Understanding what works for your different employee groups is important.

“People start with huge enthusiasm but you need to check you are going in the right direction and be brave. If your wellbeing programme is not doing what you want it to, then don’t keep it going.”

By learning these lessons back in the 1990s Gunnell was able to move on from failure and achieve Olympic Gold. Today she remains the only woman ever to hold four major track titles concurrently – Olympic, World, European and Commonwealth.

Gunnell was speaking at an event organised by human capital specialist Leathwaite, in partnership with ThePeopleSpace
Motivation
Teamwork
Resilience
Enjoyed this story?
Sign up for our newsletter here.