What is work? A short history

Journalist Richard Donkin is the author of The History of Work. He reflects on some of the shifts influencing how we think about work

Historically, the biggest influence has been subsistence. We cannot survive without food, clothing and shelter. To satisfy that we need to work. We invented tools and socialised in groups for safety and efficient working (hunting). Only when we found we could accumulate surpluses (by planting grains) did our groups enlarge into communities.

A second significant influence was competition – more important where there is scarcity. A third is trade and cooperation, allowing specialisation and promoting innovation. A fourth is ritual (religion) that influences a sense of purpose and belonging. A fifth is ‘wants’.

A combination of all these factors promoted hierarchy, slavery, warfare, coercion, serfdom, pay, education and charity. Add in management, economies of scale, nationalism, government, commerce and commodity exploitation and you see the world we know today taking shape.

One of the most interesting influences on modern working practices is the protestant work ethic that emerged in the Reformation. This promoted work as something virtuous in and of itself, and introduced the [ill-defined] idea of ‘hard work’. Wedded to an outlook that promotes individual endeavour, the idea of ‘self help’, as promoted by Samuel Smiles and earlier by Benjamin Franklin, gained traction.

For some time now many people have developed a Janus-face on work, seeing it as a duty, a necessity, and as a means to an end. A growing number, however, have sought to make a living from what they enjoy. This requires a strong sense of self and an ability for introspection. It could be easier if governments were to promote mix’n'match career-building. At the moment, people undertaking multiple jobs are often the poorly paid, doing so out of necessity.

Apart from cheaper conferencing software, such as Zoom, there has been little in the working practices adopted as a result of COVID-19 that is new. Home working was possible for many before the pandemic, but wasn't promoted in many workplaces because of a variety of factors. [For many managers] work is more of a place and less of a job. If COVID-19 has achieved anything, it has been to enforce some serious challenges to institutional thinking.

Richard Donkin is an award-winning author and columnist. He is a former Financial Times journalist and still contributes columns as an independent writer. His first book, The History of Work, was published in 2010. This article is part of The People Space's Great Work Reset series, in partnership with the Open University Business School 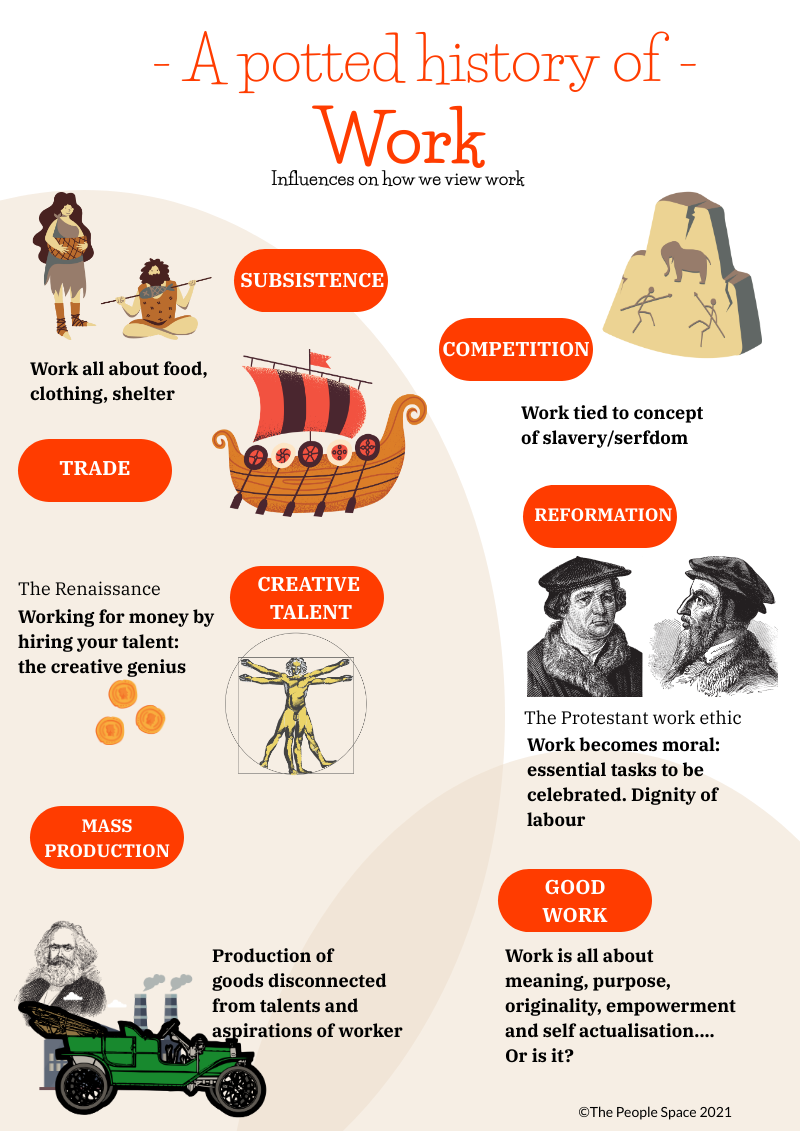 If COVID-19 has achieved anything, it has been to enforce some serious challenges to institutional thinking