Modern Luddites and the growing techlash

As technology has become all powerful there is a growing groundswell of rage against the new machines, say Paul Roehrig and Ben Pring, authors of new book Monster. Is business and society ready for the new Luddites? 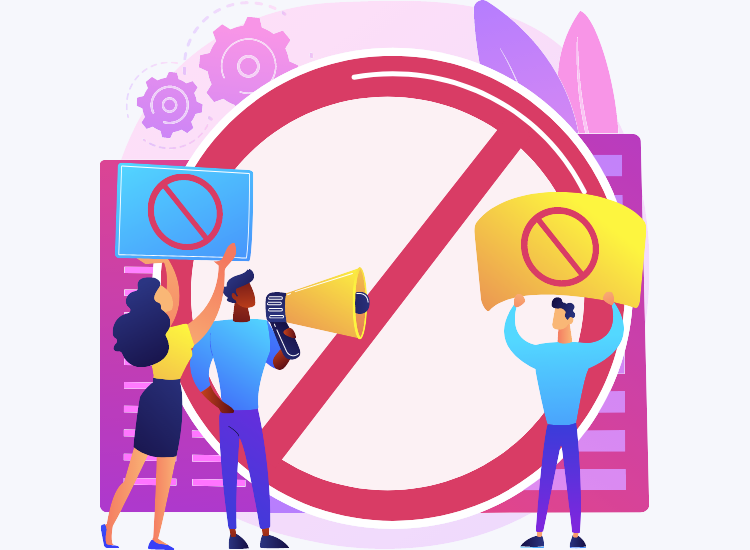 Anyone with a pulse and a feeling for the zeitgeist can tell that the tide is turning. Has turned. Until recently, new technology may have been seen as mostly benign — music, TikTok dances, car rides, Zoom calls — but as its power has grown, its perceived threat has increased. Now, people, organizations, and policy makers are rapidly organizing against our modern machines. With or without COVID-19.

• Autonomous cars take a beating
In Arizona, people have slashed the tires on autonomous vehicles and, in one case, even threatened a driver with a gun in reaction to a fatal accident involving a “driverless” car

• Google search finds rocks
Prior to the work-from-home mandates, San Francisco residents frustrated with the impact Google is having on local communities (and income inequality) attacked buses full of Googlers going to and from work

• Taxi drivers pump the brakes.
In the pre-COVID days, taxi drivers protested Uber by blocking traffic in London, Paris, Jakarta, and many other cities. In South Korea, several taxi drivers tragically set themselves on fire in protest of ride-sharing apps

• I’m ready for my closeup
In late 2020, arch-leverager of user-generated data Netflix developed a hit film, The Social Dilemma, exposing the horrors of leveraging user-generated data. The irony was lost on most commentators. . . .

• Break ’em up!
In a highly polarized political environment, it’s noteworthy when both sides of the aisle agree about anything. Politicians and citizens from the left and the right — in Europe, India, the US, and other countries — are increasingly open to considering regulating, and even breaking up, the massive tech companies that some see as “too big to fail.”

These incidents, and countless others, are symptoms of a groundswell of rage against the new machines.

If this sounds familiar, it should. In the late 1700s, Ned Ludd and his compatriots famously destroyed knitting machines powered by waterwheels. Ned and his colleagues, known as Luddites, were afraid that mechanical automation would disrupt common human labor practices and ultimately cost them their jobs.

We hold the Luddites up as good common folk railing righteously against the dark forces of capitalism and evil machines. Sadly, in the end, the uprising was put down by force. What often gets overlooked, however, is the other sad fact that the Luddites were actually right. They did lose their jobs and livelihoods. The machines were too powerful, too cheap, too effective, and could not take up arms against senior management.

Through the lens of history, the Industrial Revolution provided the machines and productivity improvements to help society overall, but it was certainly not all roses (see: child labor, pollution, tenements, unsafe working conditions). At the time, people who saw their productive jobs get automated away were not thinking about how much better off their great-great-great-granddaughters would have it. They were focused on putting food on the table tonight, just as people are today. A gilet jaunes protester in modern Paris put it best: “Some people can afford to think about the end of the ‘system,’ but most of us just worry about how to cope until the end of the month.”

The sound of wooden looms being splintered and the shouts of rebellion against automation echo today through recent punch-ups against technology, but history offers some clues as to how this will all play out.

Want a hint? The house money never bets against new technology in the long run.

In no case have we collectively decided to simply turn the machines off. In every case we have collectively chosen to move ahead with the new gadgets. That’s what humans do. We invent, we break stuff, and we always lean toward the new while trying to manage the inevitable disruption.

But we also try to manage disruption so as to make it less disruptive. Regardless of which side — capital vs labor, the future vs the past — we may be on, we shouldn’t see our modern Luddites in an entirely negative light. Arguing about privacy laws, IP protections, taxes, and even throwing rocks at the Google bus, are a kind of public discourse around how we will manage these machines.

People on the front lines of disruption, many of whom may not have many other options, are actually doing us a service by forcing a decision on who we want to be as a society.

Facebook and others are, to their credit, now actively supporting efforts to better regulate social media platforms. That’s laudable, but tech business leaders of publicly traded companies are required to maximize the value of their firms. It’s a timeless cliché that “turkeys won’t vote for Christmas.”

The derecho of bad news that buffets us every day may feel overwhelming, but in some ways, it can also be seen as an optimistic harbinger of admittedly disruptive, but potentially positive progress driven by technology. The specifics of how this techlash will play out remain to be seen, but it is real, and it will certainly grow in magnitude, intensity and duration.

In this, perhaps the patterns of history are our greatest teacher.

Paul Roehrig is the global head of strategy for Cognizant Digital Business & Technology and Ben Pring is the managing director of Cognizant’s Center for the Future of Work. They are co-authors of Monster: A Tough Love Letter On Taming The Machines That Rule Our Jobs, Lives, and Future