DEI: a financial or moral imperative?

A recent paper argues there is no statistically strong relationship between diversity, equity and inclusion and better financial performance. Does this lessen the business case for investing in DEI or should the case instead rest on a cultural and moral imperative rather than profit? Peter Crush finds out 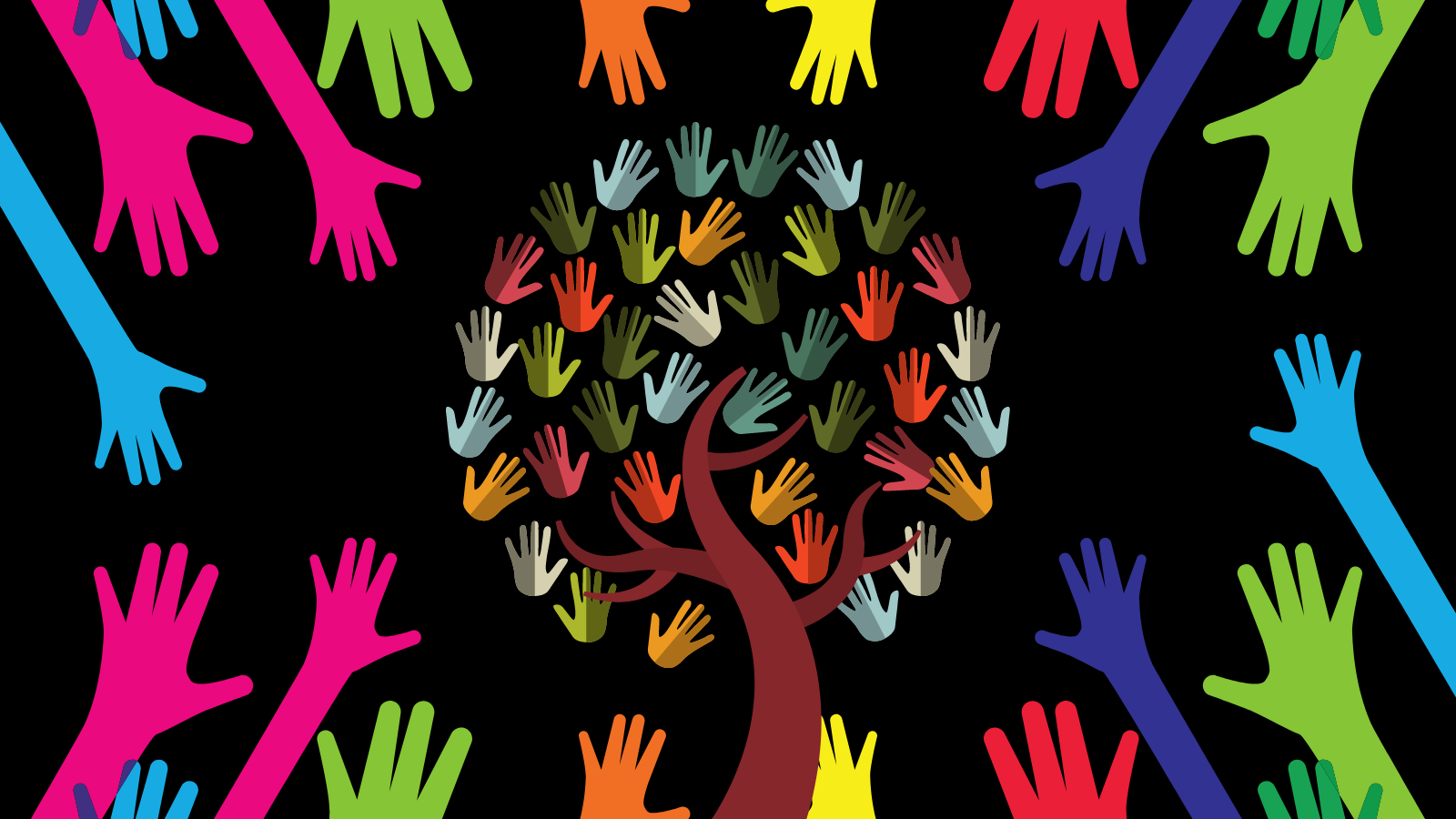 Patricia Lenkov feels “offended.” Her new book Time’s Up: Why boards need to be diverse is the latest in a stack of literature all quoting the now seminal studies by management consultancy McKinsey that have long given CEOs permission to ‘do’ diversity, equity and inclusion (DEI): the fact it gives proven financial return.

So why is Lenkov offended? Well, a paper published in August by distinguished professor of accounting John Hand from Kenan-Flagler Business School at the University of North Carolina and Jeremiah Green, associate professor of accounting at Mays Business School at Texas A&M University, not only queries this relationship, it categorically debunks it, claiming no statistically strong relationship exists at all. It argues the accepted justification for investing in DEI is absent – a finding that could, if it becomes the orthodoxy, fundamentally change (and threaten) the basis upon how DEI decisions are taken.

Hand’s and Green’s study follows a 2017 meta-analysis of peer-reviewed research on the effect of board gender diversity by the Wharton School of the University of Pennsylvania, which also found little or no positive correlation. Indeed Wharton management professor Katherine Klein went so far as to say “the relationship between board gender diversity and company performance is either non-existent (effectively zero) or very weakly positive.”

But it’s this latest study which could cause HR and DEI professionals to rethink how to sell DEI to the board. Naturally, therefore, it’s getting some people’s backs up.

“Credit Suisse, Boston Consulting and Bank of America all show causation between DEI and stronger financial performance,” states Lenkov. “I question when academics claim to know better than those in the trenches with real business experience,” she continues. “To ignore financial data is to do DEI a dis-service.”

While the study itself requires a degree in mathematical analysis to follow it entirely, the finding, says Hand, speaking exclusively to The People Space, is this: “We found a statistical relationship of 0.02 and a ‘T’ of 0.5. Statistics generally ask whether something can be found by chance or not, and for a relationship to be statistically significant – ie not by chance – it needs to be around 0.08.” He adds: “We felt we should look into McKinsey’s study with an open mind but the fact is we found statistically insignificant relations between McKinsey’s measure of racial/ethnic diversity and financial performance.”

Not only is no relationship found, Hand claims he has the methodological upper-hand – applying McKinsey’s own methodology to the whole US S&P 500. McKinsey has never revealed the number of firms it analysed but Hand believes it is much less.

So why does this matter? Well, says professor Latha Poonamallee, tech founder, chair of the Faculty of Management at The New School and a founder of C-Suite for Justice: “Financial performance might be a very ‘venture capitalist’ approach to DEI but PLCs’ hands are frequently tied and there is always pressure to provide a business case.”

Adds Raafi-Karim Alidina, consultant at Included and co-author of Building an Inclusive Organization: “Without the financial link, many a DEI initiative wouldn’t have happened. Companies don’t do morality very well if it costs them money. But if it costs them money and has positive financial results too, it’s better. What this new research could therefore have the potential to do is take away the easiest way to convince companies to do something about DEI.”

It’s a cynical view that firms only invest in diversity and inclusion for financial rather than reputational or indeed moral return. But the question the research provokes is whether (maybe) this is the perfect opportunity to change the narrow narrative for doing DEI. In other words, to ditch the case for financial imperatives only and instead justify it simply because it’s the right thing to do culturally and morally. Could this happen?

“Financial gain is the safe reason for DEI,” says Jayson Darby, head of science at workforce psychologist and software company Thomas International. “Sure, finding a financial boost has sped up progress, but we’ve also become trapped by it, and I feel the moral side is strong enough on its own.”

He adds: “The moral argument is being advanced through general shifts around social justice and risks posed to businesses for not being seen to be doing the right thing. So this new study potentially moves things on. If we’re also saying there’s no financial disadvantage of doing DEI [as the Wharton study shows], then that only makes the moral case stronger.”

According to Claire Stewart, global client partner at executive search and talent consulting company Armstrong Craven, both papers provoke bigger questions about “what is true bottom-line, and whether it should include societal benefits too”.

She says: “I think DEI is too new for hard financial measures to be certain anyway. In the absence of this I think we should look for the many good reasons for doing DEI – creating inclusive cultures, having motivated workforces and having diversity of thought.”

While the academics can’t produce a mathematical/statistical relationship, instinctively Stewart and others we spoke to feel there is one still – but maybe not immediately. As such, she says going forward the push should still be a moral case but with the reassurance that the numbers will follow. “I think we know that when people feel they can be who they are, and are happier and more tuned-in, the business does benefit,” she says.

And according to Yetunde Hofmann, former FTSE 25 HR director and global diversity and inclusion expert: “Too often DEI has fallen short because of the focus on the financials, but when companies just look at doing what’s right the money will surely come.”

How to foster a DEI culture

So how exactly should a DEI culture really be fostered if it’s trying to appeal to the moral case and moving beyond financials? “Firms have to be ready to make sacrifices,” argues Hoffman, who says that in order to “get something you have to give up something.”

According to Armstrong Craven's Stewart this involves “finding out where you stand on diversity, to then know how to move forward.” Both might sound enigmatic, but they are sentiments echoed by others.

“I think where firms need to start from is by accepting that diversity creates no negative financial impact,” says Nicci Take, interim head of growth at Mercer who has been named as one of the Financial Times’ 100 Leading LGBT+ executives and was shortlisted in the top 10 British LGBT Awards Inspirational Leaders of 2021.  “Take risk out of the equation and it gives leaders permission to focus on what really needs to happen, and for me it’s the ‘inclusion’ part of DEI that matters. Inclusion is being able to help those with the smallest voices in organisations stand up and feel counted.”

On a practical level Stewart advises firms to recruit more on emotional intelligence to remove bias, find ways to hire for potential, make a break away from CVs and talk more about values and belief systems.

One organisation that believes it’s trying all these things is San Francisco-based technology provider Degreed. Its VP and DEI lead Susie Lee admits she used the McKinsey study to provide an initial business case but says things have moved on significantly since.

“We’ve deliberately created a conversation about diversity that is ‘in the business’ and not an HR strategy by working on how we just talk about differences top-down and bottom-up,” she says. The result is what she calls a diversity, inclusion and belonging strategy that began with a culture survey which has informed initiatives around wellbeing, volunteering and creating a culture that is accepting of everyone.

“We now measure the diversity of our last 100 hires each quarter compared to the one before, and score ourselves on our social responsibility. For us, success has been focusing on where our pipeline is coming from and allowing employees to drive our DEI,” she says.

For Philippa Dempster, managing partner and DEI lead at law firm Freeths, establishing a culture where all are equal has always been the priority. “We’ve never looked at it from the financial point of view,” she says. “We just feel you need diversity for diverse decision-making. We go to school and colleges to prove we want to reach out to other talent polls, we sponsor women of the year awards, and we role model diverse directors internally and externally.”

She adds: “We demonstrate our commitment to suppliers too – when we headhunt we require that 30-50% of people identified come from diverse backgrounds.”

It’s clear that some firms do just ‘get’ this broader analysis of DEI, while there are many more firms that do not (and still require the financials to get them to move the dial). New research will surely keep challenging this but depressingly, there could still be a long way to go.

“There are still so many organisations who are still not thinking enough about DEI in the first place,” comments Stewart. “I hope this new research doesn’t put the starting conversation for doing diversity and inclusion back. There are so many good reasons to be diverse; maybe we just need to talk about it differently.

"Employers do have to remember that talent is re-evaluating where it wants to go, based on the values it thinks companies espouse. Soon there won’t be time to ignore it. Companies need a DEI mindset, with dedicated resources behind it. Most of all, they need to be clear about what their values are."

Without the financial link, many a DEI initiative wouldn’t have happened. What this new research could therefore have the potential to do is take away the easiest way to convince companies to do something about DEI