Dare to think the unthinkable: how leaders can thrive during disruption

Leaders will need to demonstrate five core behaviours if they are to succeed in our disruptive age, finds a study of HR leaders and CEOs conducted by The People Space Brand Partner 10Eighty. Peter Crush reports

10Eighty helps individuals to maximise their potential and helps organisations to harness that potential. We are experts in developing leadership capability and helping organisations increase employee engagement 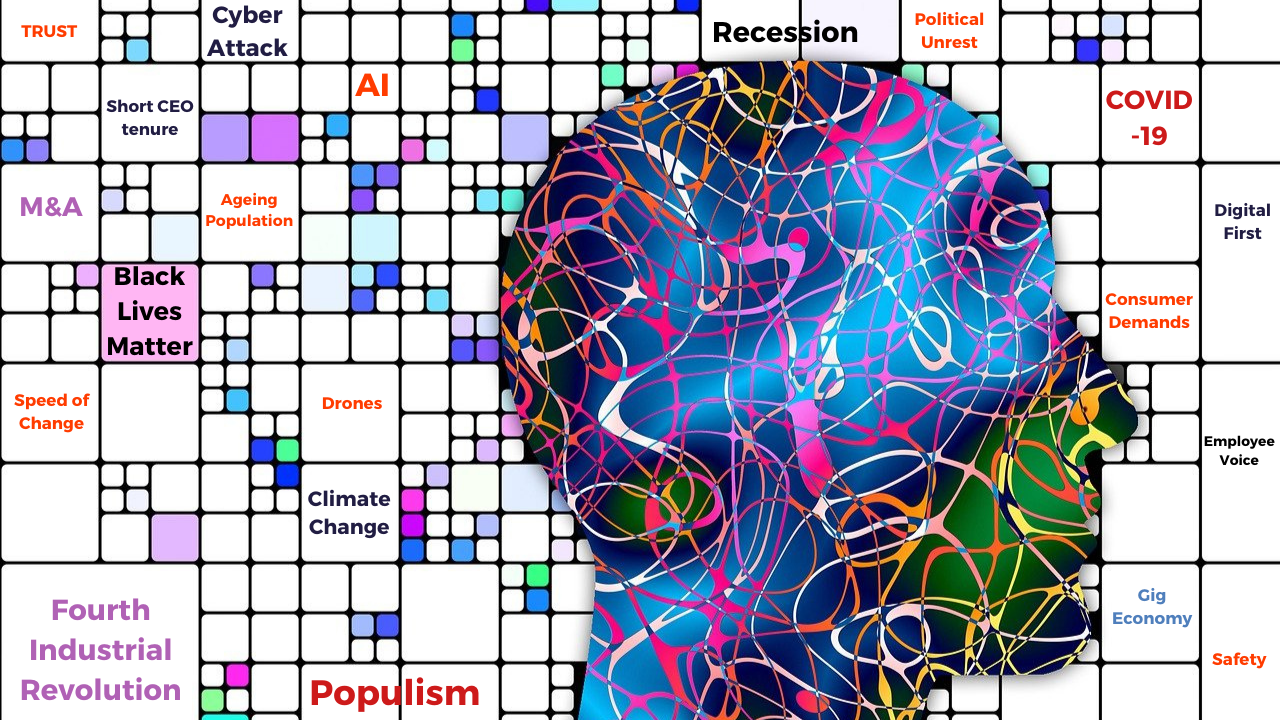 When Brian Armstrong, CEO of cryptocurrency firm Coinbase, announced in September that he wanted his company to be apolitical, he faced strong pushback from employees and a chorus of criticism from leaders such as Twitter’s Jack Dorsey.

When he then told staff the company would offer generous severance packages for those who felt “uncomfortable” and wanted to leave after he prohibited employees from debating political or social issues, some 60 people left – 5% of his workforce – accusing the firm of stifling internal discussion.

Armstrong was responding to posts on internal messaging platform Slack with regards to anti-racist movement Black Lives Matter (BLM). His stance – effectively not to take a stand as other Silicon Valley leaders had – arose from his view that the business was under undue pressure to legitimise BLM when he was uncomfortable with some of its less well known aims. He said he was speaking for the silent majority and that taking a political stance was a distraction from business.

While his approach has prompted a backlash, the fact he felt compelled to address the issue at all is significant. And according to qualitative research by leadership consultancy 10Eighty, it’s now an undeniable fact that more business leaders will need to confront more disruption and take a stance – be it COVID-19 and its aftermath, climate change, Black Lives Matter protests or things not yet even known about. To do so, finds the research, leaders will need to adopt a much more deliberate approach and demonstrate new sets of behaviours.

“Change is happening at such a pace that there are serious questions about how prepared leaders are to deal with existing disruption and future disruptors,” says Joan O’Connor, head of leadership development at 10Eighty. “On the whole leaders are not generally very adaptive, and yet there is a new requirement for them and their organisations to demonstrate new leadership behaviours: that is putting people-centricity first and transitioning away from traditional thinking to create new leadership skills and habits.”

According to the research – based on in-depth interviews with chief HR officers, HR leaders and CEOs from multinational organisations – there are five key areas leaders must now get to grips with (and develop strategies for) to better cope with future disruption. They are:

• People First: creating environments that allow staff to thrive and feel foremost to the business

• And Beyond Leadership: how leaders start to look outside their company by seeing what’s happening socially and what their role is in this change

• Technology and Communications: how they give employees voice and utilise new technologies

• Agility: how they build agility into to their decision-making

• Collaboration: working in new ways with peers, employees and competitors.

Says O’Connor: “First and foremost leaders need a shift in mindset – they need to decide to push themselves into thinking about how they’ll respond to different and challenging scenarios rather than defaulting to what they know. Although we’ve been talking about leadership needing to do this for years, now really is the moment when it has to happen.”

Crucial to this, she argues, is leaders being daring to think the unthinkable. “There is a risk that leaders think they’ve ‘dealt’ with disruption, and with it the tendency to return to old habits.”

She adds: “What our five-pronged roadmap is telling us is that leaders need to engage with thinking about how they might respond to uncomfortable situations more often, so that over time they become comfortable in their ability to be able to adapt to them.”

While all five behaviours are key for leaders going forward, O’Connor says that, if she had to choose a hierarchy, the People First approach would top the list – what 10Eighty is calling the ‘rise of the human-focused leader’.

“It’s from this that all the other elements should flow,” she says. “When leadership demonstrates both resilience and vulnerability – and an admittance they have both successes and failings – it gives permission for everyone else around them to have conversations about their own agility. This includes conversations about when they should pivot to any change, or how they bring about more meaningful collaborations to better deal with disruption.”

The research repeatedly revealed that when staff were put first, interviewees said they felt better supported and created ways to be more resilient and to thrive.

The research also demonstrated the importance of having a generational awareness. “Younger staff want to see a more democratic approach from leadership – where load is spread and autonomy is granted,” says O’Connor. “What our interviews starkly revealed was that during times of disruption there are leaders that either step up, or leaders that step down. Unfortunately, too many step down.”

She argues that stepping up is about having the ability to move effortlessly between short-term and long-term goals and having plans to deal with a current disruptor, but also to ensure this in itself doesn't derail future plans.

“This is also where better communication comes in,” she says. “Leaders need to both engage better with what their staff are telling them but also be more honest. They must tell things as they are – without dressing things up. Senior leaders do need to be visible here – whether it’s through one-to-ones or in groups.”

But it’s agility in thinking that O’Connor argues is the real skill human-focused leaders will need to adopt. “Dealing with disruption requires leadership being willing to take decisions without necessarily getting all the information they might need [which takes too long].

“It should be noted that agility is less about speed but more about leaders doing things in a more considered way – making decisions from an informed a position as is possible, and as the current situation dictates.”

Whether leaders are willing to rise to the challenge though is arguably not the question. Instead, it’s more about how quickly they can do so before they get left behind.

“Our research shows there has been a dramatic shift in how people want to be led and our findings suggest leadership teams will literally have to sprint to catch up,” she says.

“The good news is that what our findings also reveal is that good leadership behaviour can, in itself, be a massive disruptor. The way that leaders behave has a significant impact, positive or negative, on employees and the business. What is clear is the fact that leaders must develop their skills and find new interventions that help shift their behaviours to support more remote working and help them reach out more to employees as individuals.”

But be in no doubt, she adds, long-term vitality of businesses will entirely depend on making changes.

“Ensuring staff feel part of their organisation is vital. It will be the challenge that accompanies any new disruption going forward. And yes, it will only get harder as it becomes more likely that organisations will continue to have staff working remotely.”

As she concludes: “Change has to happen and happen soon. And the only way leaders can really force this is by letting go of their egos. That’s how they’ll learn to embrace change; that’s how they’ll embrace disruption.”

To get your copy of the Rise of the Human-Focused Leader whitepaper please click here. The People Space and 10Eighty partnered to run a series of web events to discuss the issues arising from the research. To watch these on-demand please email info@10Eighty.co.uk

There is a risk that leaders think they’ve ‘dealt’ with disruption, and with it the tendency to return to old habits. There has been a dramatic shift in how people want to be led and leadership teams will have to sprint to catch up