Transforming the skills landscape: what employees and HR need to learn

What skills will employees and HR need to focus on to survive in the new world of work and how will organisations embed them? 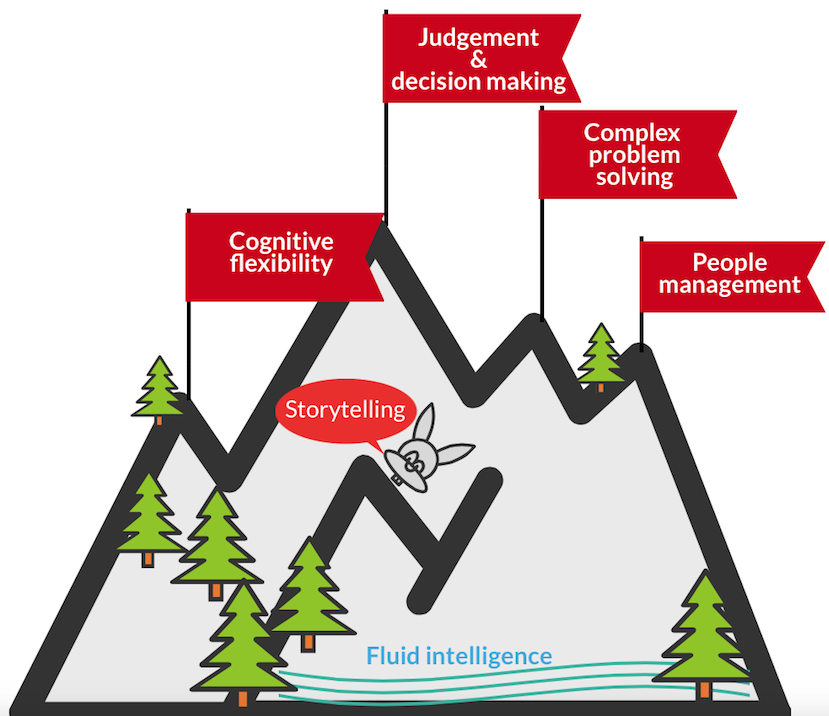 By 2020 you may be missing more than one third of the skills required to do your job effectively. That’s the finding of a 2016 report on The Future of Jobs by the World Economic Forum (WEF). With another estimate quoted in the report suggesting 65% of children entering primary school will be going into jobs that don’t even exist yet, it’s very clear our skills landscape needs to transform.

That’s a daunting task for individuals and people leaders, but as Peter Bloom, senior lecturer and head of the department for people and organisations at the Open University Business School, points out, it’s also an opportunity. “We have agency in how we construct our society,” he says. “We know jobs will change and there is a lot of opportunity for upskilling; it’s up to us to think which skills are most important.”

To explore what skills those might be, ThePeopleSpace spoke to people leaders and experts from a range of organisations about the areas employees and HR need to focus on to survive and thrive in the future world of work – and how to embed them into our organisations.

Top of the list, according to the WEF report, are complex problem solving and critical thinking. A separate report, The Future of Skills: Employment in 2030 by Pearson and Nesta, puts judgement and decisionmaking in first place. One of its authors, Philippe Schneider, independent researcher at Nesta, says that “critical thinking, systems thinking – the ability to look at the big picture – and a focus on open-ended analytical skills” will be key.

Danny Harmer, chief people officer at Metro Bank, agrees. “We will need people who can apply knowledge and use their judgement,” she says. “Anyone can Google, but decisionmaking, critical thinking and problem solving are vital skills, especially as we have more data available.”

Problem solving also needs to be done much more quickly, adds Dorchester Collection chief people and culture officer Eugenio Pirri, who also rates agility and the ability to deal with a range of stakeholder needs.

Problem solving without judgement and the ability to assess evidence is not enough though, points out experienced HR director and board member Jacqueline Davies. “What is the problem we are trying to solve, and is it the right one?” she asks. “Problem solving is an outcome. We need critical evaluation.”

As machines take over many complex tasks, innately human and interpersonal skills will also become more important. The top 10 of the WEF list includes emotional intelligence, people management and “co-ordinating with others”.

“It will be relational skills that will determine success in the future, as AI and machine learning make many tasks obsolete. The ability to adapt, engage and relate will become increasingly critical,” believes Wayne Gwilym, head of organisational development at social housing provider Tai Tarian.

He also prizes “cognitive flexibility”. “It will be critical for people to really understand their own profiles so they are much clearer on how to play to their strengths in the face of changing circumstances. When technology can take away one’s career anchor virtually overnight, it becomes important for each person to know themselves,” he says.

This feeds into another critical skill employees need in order to be able to cope with the changes connected to the new world of work, something organisational psychologist and founder of WorkLifePsych Richard MacKinnon refers to as “psychological flexibility”. This is, he explains, connected to “emotional control, resilience and productivity”. “It’s about getting in touch with your values and getting distance between you and your difficult thoughts or emotions,” he adds. It’s taking a focused and mindful approach to help deal with uncertainty.

Being connected to your values and taking a principles-based approach also means, according to Davies, that employees have the strong moral compass needed to help businesses deal with the “wave of transparency” they will continue to face. She adds that her daughter is being taught the difference between a ‘growth and fixed mindset’ at primary school, something which can only be a positive for her chances in the future workplace.

All the above is a big ask for individuals, and HR and learning departments need to step up and support staff to embed these future skills. “It’s about allowing people to develop the human skills that are going to be important,” says Bloom. “[HR and organisations] need to be more in line with collaborative problem solving, knowledge networks and communities.”

Learning and development needs to shift focus; in Pirri’s words: “We don’t want everyone to think the same way, so we can’t teach them the same way.” The Dorchester Collection’s academy now has 16 layers and modules looking at skills like storytelling, influencing, prioritisation and public speaking.

Metro Bank also focuses its training on broader transferable skills, says Harmer. “We need to teach people to learn and use their judgement and make decisions, rather than teach people facts,” she says. “As technology picks up more of the heavy lifting on the organisation and systems side, the skills and judgement of individuals become more important. Of course, we train people in our entry level roles on the technical skills, but much more important is that we help them understand how and why to apply it so that they know when to challenge.”

In terms of delivering learning, the focus should be on creating experiences and situations for people to learn within, rather than on theory. “It’s about curating content and experiences,” believes Davies. “When you have your employees looking at things holistically, you open up the opportunities,” Pirri says. It should also embrace analytics, to empower people to make decisions about which skills they need, and use technology such as virtual reality and gamification, advises Bloom.

Beyond changing L&D, HR has a responsibility to help people cope with changes to their roles and the ongoing march of technology. “Even raising the prospect of this Fourth Industrial Revolution can stress people out,” says Mackinnon. “If you feel your role is changing it could derail you.” HR’s exploring the concepts of psychological flexibility “helps [employees] to deal with those feelings and get back to what you need to do”.

“It’s about giving context and putting people in touch with their values and giving them a sense of meaning while they are going through change,” he adds. Gwilym agrees HR has a role to play here: “Helping people to recognise and learn about their own thinking, behavioural and work preferences opens up the conversation generally on how individuals can make a meaningful contribution.”

According to Nesta’s Schneider, “organisational alignment” is critical when embedding future skills – without it, you may as well not bother. “If the organisation is not aligned and doesn't give individuals the scope to use those skills, there’s little point in investing in them,” he says, using the example of asking employees to be more creative and original in an organisation with little autonomy or trying to encourage greater stakeholder engagement in a siloed business.

Harmer backs this up. “What people need on decision making and critical thinking is to be able to understand the context in which they are operating, how their job aligns to it and have the right data. A lot of that comes down to the organisation, and some are so tied up in bureaucracy that they can’t move forward. We have to rip out layers of bureaucracy where they don’t add value.”

Mackinnon adds that organisations mustn’t “jump on to models like [they’re] a cure all”. “We are looking for skills in an era that hasn’t happened yet,” he says. “Contextual validity is important. Why are these skills important to have in your organisation, and who is telling you that?”

And with automation, organisational culture is key in making it a positive rather than dystopian experience, says Bloom. “Organisations need to embrace the idea that technology is not just about the bottom line, but about creating a more engaged and empowered workforce,” he says. “For example, think about using automation not to reduce headcount, but to free up people to do more creative tasks.”

It will be critical for people to really understand their own profiles so they are much clearer on how to play to their strengths in the face of changing circumstances. When technology can take away one’s career anchor virtually overnight, it becomes important for each person to know themselves