Business has a prime opportunity to position itself at the centre of the gender equality agenda, deputy executive director UN Women and co-chair of the policy strategy group World We Want 2030 Ravi Karkara will argue at a special event in conjunction with The People Space in June
Sian Harrington
PS Editorial 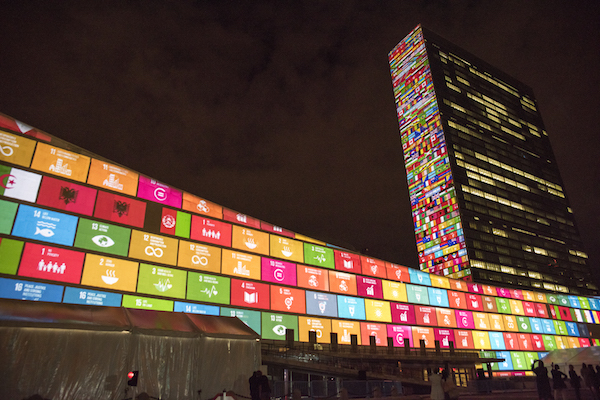 A $3 return for every $1 invested thanks to savings from reduced absenteeism and staff turnover. Surely a result of investment in human capital technology? Maybe in an employee engagement programme? Or perhaps the removal of a poor line manager?

In fact, the above return on investment resulted from a programme that delivered health services to female workers in garment factories in Bangladesh. It’s just one example of how supporting women to be productive workers can have an impact on the profitability of business that was highlighted in an International Finance Corporation report Investing in Women’s Employment – Good for business, Good for development back in 2013.

Since the report was unveiled the business case for gender equality in the workplace has strengthened, with examples of it driving productivity and innovation, helping companies become employers of choice and improving customer insights. But more needs to be done.

If the employment participation and wage gap between women and men were closed and females could increase their income globally by up to 76%, it would amount to a global value of $17 trillion

The International Monetary Fund has said there are significant macroeconomic gains when women can develop their full labour market potential, while a Progress of the World's Women report in 2015 said that, if female employment were to match male employment, gross domestic product could increase everywhere, such as by 27% in the Middle East and North Africa and by 19% in South Asia.

It added that if the employment participation and wage gap between women and men were closed and females could increase their income globally by up to 76%, it would amount to a global value of $17 trillion.

Karkara, who is listed as the Top 10 Global Diversity Experts by BNP Paribas and The Telegraph, will be talking about the pivotal role the business sector can play in the implementation of the 2030 Agenda for Sustainable Development, which was adopted by world leaders in September 2015 and which came into force on 1 January 2016. The 2030 Agenda outlines 17 sustainable development goals, of which Goal 5 is a promise to “achieve (not just promote) gender equality and empower all women and girls”.

There has been chronic underinvestment in female empowerment and gender equality. In 2013, the male employment-to-population ratio was 72.2% while for females it stood at 47.1%, according to the International Labour Organization. Meanwhile, out of 143 countries examined by the IMF, almost 90% had at least one gender-based restriction on women’s economic participation and 28 countries had 10 or more restrictions.

Access to decent work, overcoming gender wage gaps and access to all occupations are just some ways in which women and girls can be empowered. Karkara, who is also acting head of private sector for UN Women, will highlight the role business can play in helping to achieve Goal 5. He will discuss the importance of the Women’s Empowerment Principles in achieving gender equality in the workplace and outline the business case for investing in women and girls. He will also emphasise the role of men and boys in achieving gender equality.