Shifting the traditional hierarchical organisational structure to one comprising more flexible, entrepreneurial, interdisciplinary teams is increasingly becoming a reality in large, global firms fighting for continued business success in the face of new competitive threats, in particular from technology-based rivals. The ability to assemble a temporary, interdisciplinary team (a swarm) to carry out a particular project and then disband it removes bureaucracy, brings more innovation and experimentation, speeds up decision-making and empowers staff, so the argument goes.

But keeping track of constantly grouping and regrouping employees is not easy. HR data is complex. Being able to quickly see what an individual employee is working on or who that employee’s immediate manager is when he or she may be working on a number of projects for different managers, for example, can be difficult for HR teams.

In 2016 German automotive firm Daimler announced its Leadership 2020 transformation strategy, underpinning its plan to set the pace in the automotive industry as it has for the past 130 years. Part of this was the move to a swarm-based organisation. Jochen Linkohr, manager HR IT, data integration, analytics & innovation, tells ThePeopleSpace how developing a graph database is helping the firm to gain better visibility of the complex web of interconnections between employees, departments, locations, training and skills.

With more than 250,000 employees in multiple locations and in interdisciplinary teams all over the world, the structure of HR data is very important. Years ago, there was just one hierarchy at Daimler, nowadays there are classical hierarchies (teams, departments and so on), functional structures and, beginning with the leadership 2020 initiative, we added swarms to the portfolio of working structures.

Managing the dependency of all these data structures can be a real headache. That’s why we have built a new graph-powered HR data management system using Neo4j, to manage and provide a detailed insight into these complex personnel structures.

The project comes in the context of a wider interest at many organisations in the potential of graph databases as a new disruptive technology to help with HR and human capital management (HCM), with influential workplace tech trend analyst Josh Bersin recently noting: “Graph is a huge new technology [and] I really do think this is the disruption that could change the entire HCM market.”

HR relies on clear structures to manage reporting processes, authorisations and tasks, and role allocation smoothly. As a result, an overview of complex personnel structures and a flexible framework for adjustments is indispensable. The prerequisite for this is a relationships-first approach to data management.

A graph database gives HR employees at Daimler the possibility to manage and have a deeper insight into different structural levels. Graph technology has become established in recent years as the ‘connected data’ option for business databases. Graph databases are particularly well suited to graphically displaying highly networked and unstructured information.

A graph database is made up of nodes such as ‘employee’ or ‘expertise’ and the connections between them, for example, ‘active’, ‘reports’, and ‘participates’. Both can be assigned any number of qualitative or quantitative characteristics, such as the duration of employment or the personnel key. From any node, you can track connections and view the entire environment.

What graph technology needs to do at Daimler

The solution has to adapt to regular changes in personnel structures (for example, added swarms or new reporting structures) in a user-friendly and transparent way to new circumstances.

At the back end it needs to map personnel structures on top of each other in order to get an overall view or new perspectives on data as well as to uncover new connections.

Finally, it should maintain data integrity and quality when making structural changes in the organisation, directly linking those functions and information to the corresponding record.

Our new graph-based application is called StructureCube. In this application divisions like ‘cars’, ‘vans’ and ‘trucks’ are nodes on the top level in the graph database. Each division has sub-reports, subtotals and report items attached. The result is a complex network of data and data relationships that can still be navigated and provide real-time insight into relationships, such as team affiliation.

Users can move from node to node in the graph database and quickly traverse the hierarchy network. In this way, divisions, locations and positions can be queried quickly for each employee. A breadcrumb navigation also makes orientation easier so that users can easily return to the starting point (for example to project, division or team).

The nodes can easily be moved and reoriented as the company restructures, without having to change the entire data model and without sacrificing data integrity and quality. Data branches (for example, teams or departments) as well as individual nodes (positions) can be added to a taskbar for further processing or stored in a personal clipboard to move it to another location.

The graph database gives HR employees at Daimler a deeper insight into the different structural levels. Often, interesting aspects become visible only through the analysis of relationships at the second and third levels. In the graph database, users can go deeper into the data structure through the node level, gaining new insights into data relationships that are not obvious at first glance.

The Daimler Neo4j application allows querying up to three node levels below the Level 1 node. In simple terms, for example, the supervisor's supervisor and supervisor can be identified. Using filters, these results can be reduced to the relevant information in order to find the desired contact person as quickly as possible. Additional supplementary functions are planned, for example to compare HR structures using split screens.

Using graph technology has meant that complex data about employees, departments, locations and teams can be queried in real time, enabling us to manage different structures in an easy and always consistent way.

Graph technology clearly offers great promise in HR. The StructureCube is the first application at Daimler based on Neo4j. We are now planning more. 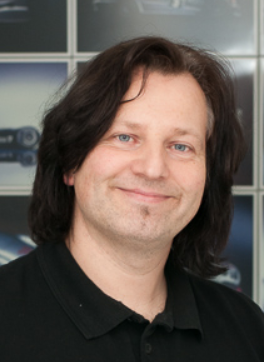 Jochen Linkohr (above) is manager HR IT, data integration, analytics & innovation, at Daimler

What is graph technology?

Graph technology underpins Facebook, Google and most large social networks and is a team-centric system that models large groups of people based on relationships, not tables.

A graph is a collection of elements – typically called nodes – that are joined together by edges. Each node represents some piece of information in the graph, whereas each edge represents some connection between two nodes. 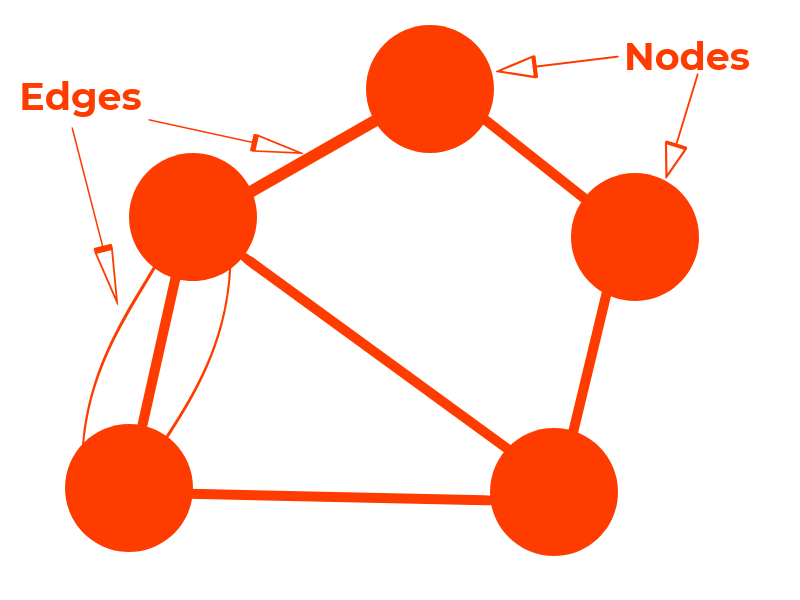 By moving objects on the screen the system reconfigures itself. According to top HR technology analyst Josh Bersin, a graph database is a “huge new technology”, pioneered by a vendor called Neo4J. Bersin explains that in a graph database every object is related in some form of relationship, like the real world. So, applications like modelling a social network or understanding why some people buy blue shirts and others buy red shirts is easy. “What it means for HR systems is that we can easily build a system that says ‘Josh is the CEO of Josh Bersin Inc’ and ‘Josh is also leading the marketing team’ and ‘Linda reports to Josh’ and ‘Matt is a friend of Josh’ and ‘Ashley is an associate of Josh’ and ‘Ashley and Linda are on another team’ and ‘Matt is on another team which Linda advises’ and on and on.

Bersin says the benefits of such a technology are that: