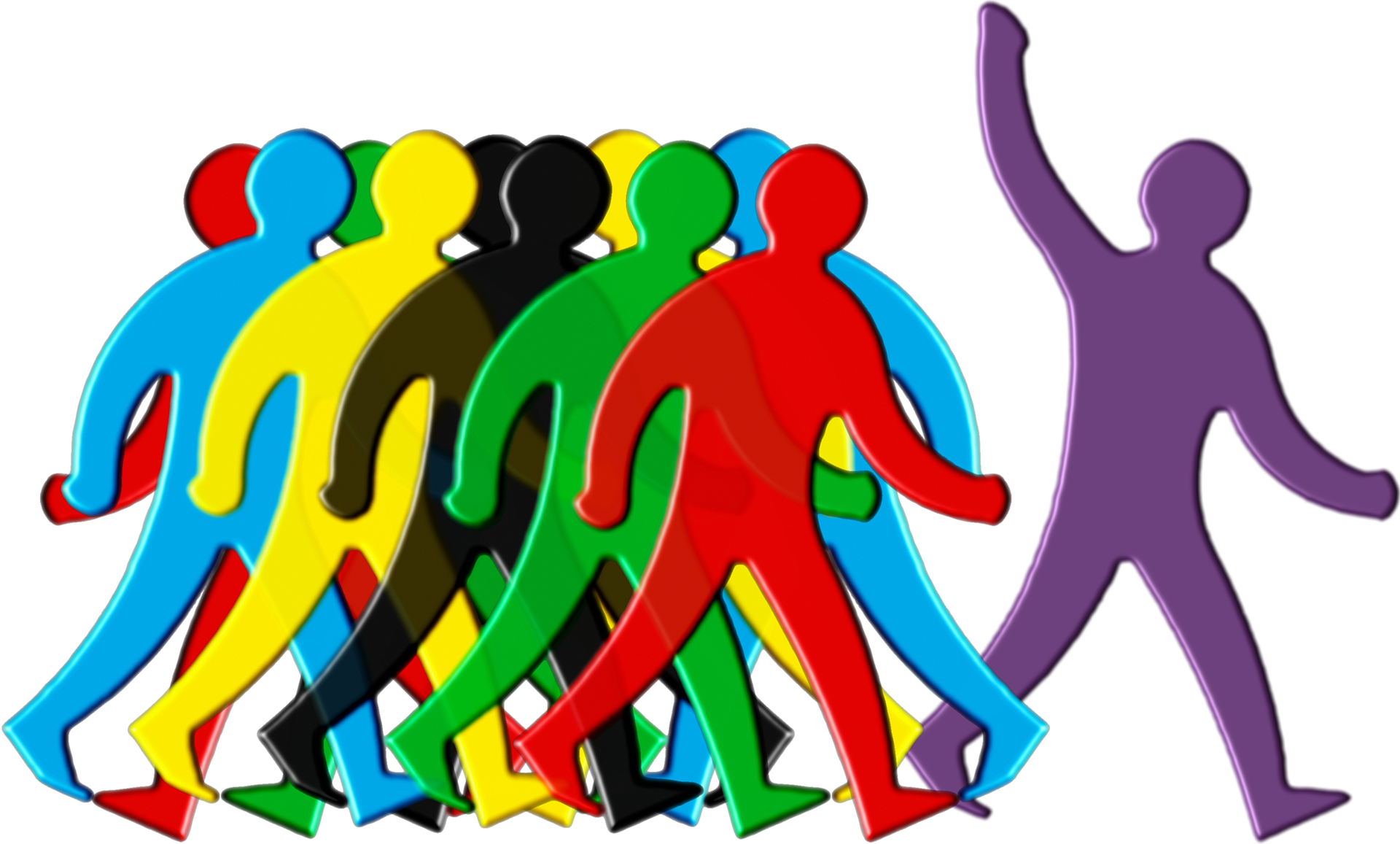 An analysis of NHS Trusts in the UK for the What Works Centre for Wellbeing by Chidiebere Ogbonnaya and Kevin Daniels at the University of East Anglia, finds good people management reduces absence and increases levels of staff engagement, with associated performance benefits.

The study set out to see if organisations with good people management practices were also organisations that were characterised by high levels of wellbeing and better performance. The researchers examined the extent to which NHS Trusts made more or less extensive use of training, performance appraisal, team working, had clear roles for staff, allowed staff to take decisions about how to do their job, encouraged supportive management and involved staff in decisions about their departments and the Trust.

The researchers found that NHS Trusts that made the most extensive use of good people‐management practices were:

● Over twice as likely to have staff with the highest levels of job satisfaction compared to NHS Trusts that made least use of these practices.

● Over three times more likely to have staff with the highest levels of engagement.

● Over four times more likely to have the most satisfied patients.

The report authors estimate that if all Trusts reduced their absence rates to 3.7%, it could lead to an annual saving of over £200 million for the NHS. 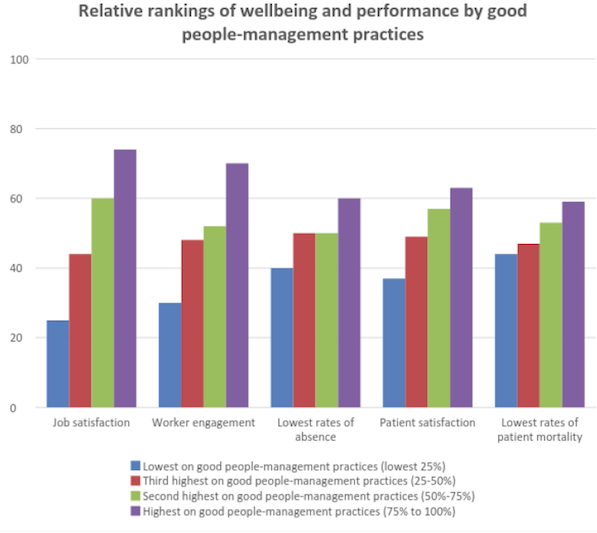 However, they found no statistically robust evidence that good people‐management practices had a significant and reliable direct relationship with patient mortality. The relationship with absence and patient satisfaction is significant but not as marked. The report authors think this is because job satisfaction and engagement are direct markers of workers’ experiences of their jobs and workplaces, whereas absence and patient satisfaction are indirectly tied to people management practices through workers’ wellbeing, health and behaviours.

The researchers conducted an analysis of data collected on English NHS Trusts in 2012, 2013 and 2014. The analysis involved between 135 and 243 out of a total of 259 NHS Trusts in England. Data on people‐management practices used measures from the NHS Staff Survey.

“We can say, with greater confidence than has previously been possible, that good people management practices lead to improvements in wellbeing and performance outcomes,” the authors conclude.

Line Management
Good Work
Enjoyed this story?
Sign up for our newsletter here.