RHP aims to turn the world of landlord management upside down by using new technology to deliver great customer experience at much lower cost than traditional approaches. But it took chief executive David Done time to realise that putting employees at the heart of the business would be instrumental to the organisation’s long-term success 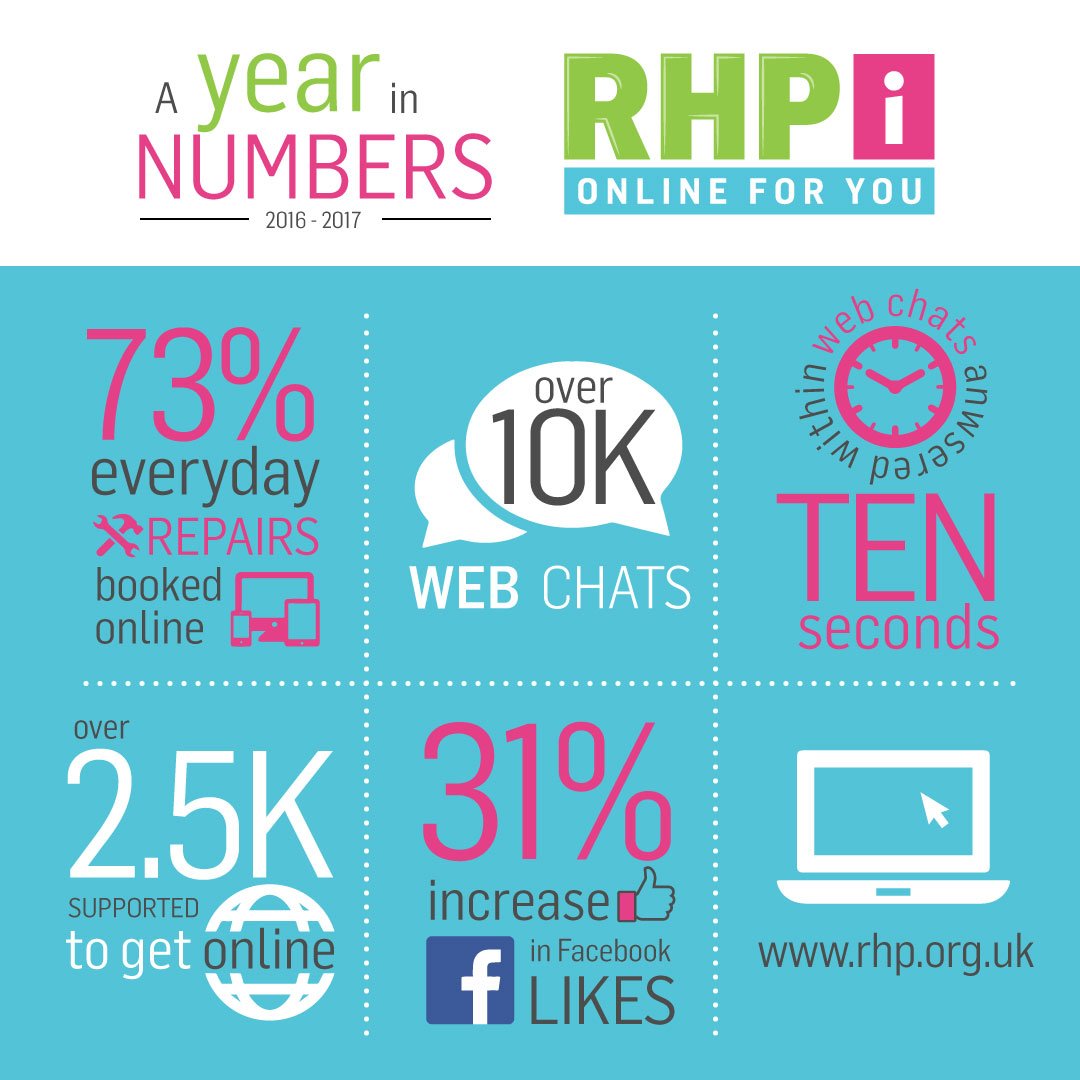 A year ago, the not-for-profit took a major step in its strategy to become the first fully-digital housing association service in the UK when it let its first RHPi home. The concept is that tenants get a good quality home on a five-year fixed term tenancy, are entitled to essential and emergency repairs and get 24/7 access to online services including the opportunity to receive digital employment advice and support.

The aim is that at the end of the five years RHP helps those people that can move on in a practical way. And the icing on the cake? RHP gives people a helping hand with their next step (providing they’ve been a responsible tenant) by giving them £1,000 cash back at the end of their tenancy.

It’s an ambitious strategy but what’s more impressive is that the organisation only started to engage employees in plans to launch the new service offer three months before the first property was let (although work on digital transformation had been ongoing for a couple of years earlier).

As Done says, it was “news that people at many organisations would have taken with disbelief due to the ambitious timeframes involved”.

But, he says, at RHP: “Our people embraced the challenge to work more flexibly and efficiently, moving desk, teams and in some case roles, without so much as a sigh – they’ve been right behind us.”

Done puts this down to having both great employees but also a strong sense of purpose and communication: “Our people just get it, they’re both passionate about delivering great customer service and understand how essential it is that we reduce our operating costs if we’re going to play our part in combating the housing crisis in the UK.” 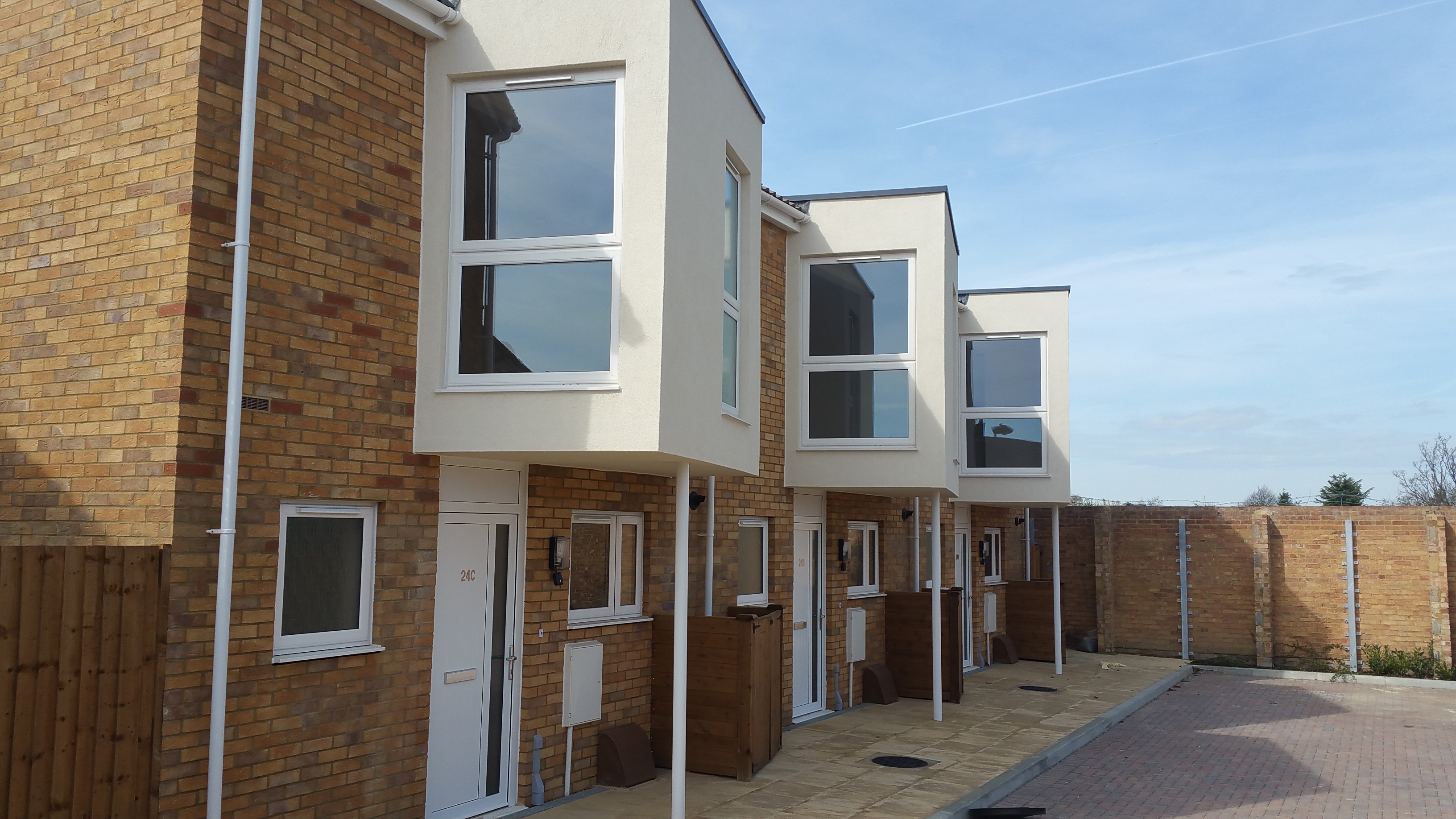 The efficiency savings made from the digital service will help RHP free-up £250m of increased capacity for investment in building new homes over the next eight years – money that will be ploughed straight back into providing more housing. But it also creates a standard Done is particularly proud of – lowering RHP’s per-home operating costs.

“We’ve now achieved per unit running costs of £3,400,” says Done. “This is significantly lower than the London average of £5,478, and the aim for the next few years is to see this go lower still – below £3,000. All the while, we’ll be looking to deliver a great customer experience.”

It’s a bold plan. Even as staff leave (attrition is around 11%), the new-found efficiencies mean new staff aren’t always needed, so the business is leaner and smaller than it was five years ago – all of which perfectly suits Done.

“We’ve managed to shrink in size, but without creating redundancies, which has been great,” he says. “We want to stay small and agile, because it means we can react faster to change. We just wouldn’t want to be too big or wide spread. It’s just not RHP at all.”

In addition, staff now have all the technology they need to go a great job, and can therefore give excellent service to customers.

The customer satisfaction figure for new tenants receiving the digital service offer is now 90% plus while staff engagement scores are “well into the 90%”.

In fact, so confident is Done of employee satisfaction now that he says he only measures the ‘very satisfied’ metric – which is 73%. This is in stark contrast to those firms that hide behind combined ‘satisfied’ and ‘very satisfied’ scores –which arguably give the impression of higher satisfaction than reality.

With such results, it’s not a surprise Done has been named the most People Focused CEO, while RHP was last year ranked number one in the Great Places To Work awards for medium-sized businesses and has topped housing’s Dolphin index for innovation two years running.

But while RHP is now lauded as an exemplar of the business impact of putting people first, one of the first things Done tells The People Space is that he still kicks himself for not realising this earlier.

“I wish I’d learned sooner about placing employees at the heart of the business,” he says, with a hint of regret. “I’m not being hard on myself, but it took me a while to really get it. When I became a CEO I wasn’t sure about how best to lead, and to be honest I think I was quite command and control at first.”

He adds: “I had to develop a ‘new’ way – and it was only after I did this, that I learned (luckily) that it was more my natural way.”

Done played a leading role in creating RHP in 2000 when, after being Richmond Council’s head of housing for a number of years, he had the golden opportunity to establish a new organisation with access to many more resources for providing higher quality homes and housing services.

He TUPE-transferred 135 staff, but while he may have taken some time to settle into the role of being a CEO, he says he doesn’t at all regret having to hire more people to suit his new vision – which was (and still is), to be a great service provider.

“Working in the public sector [he was previously head of housing policy at the London Borough of Hammersmith & Fulham and assistant director of housing at Luton Borough Council], I worked with some really excellent people but also experienced some bad practices in terms of people not being valued,” says Done.

He adds: “The ‘real me’ was probably being stifled. When we established RHP I deliberately hired people from outside of the housing sector – because some of the people I’d worked with had become very set in their ways and to achieve our vision we needed fresh thinking and new ideas.

“When I brought in people who also understood how valuing people mattered, it was having these people around me more than anything else that really developed my thinking about this style of leadership. We hired people from service sectors including from retail, airports, banks, restaurants, anywhere I could; for me, I was just hiring for attitude.”

Because of this, and because of a passion to try new things out, RHP is now a very modern type of housing association.

“We don’t actually see ourselves as a landlord,” he explains. Some might find this strange, given his goal is to build 2,000 new affordable homes in the area in the next eight years. But his reasoning is simple: “Our main focus is not on buildings but upon people – the people who work for us and the people who live in our homes. We simply want to be known for being a great service provider,” he says. “If we can also be an excellent employer, that’s about as much of a mission statement as anyone needs.”

RHP is challenging norms through its innovation and belief in people. It has come a long way from its first uncertain days and Done says he fears mediocrity worse than anything else, arguing: “If you’re going to do something, why not do it the very best you can?” This desire to do his best seems to rub off on staff too.

Done also demonstrates that good, strategic leadership can still come from a place of low confidence. “Oh, I’m really something of an introvert,” he says matter-of-factly. “I’ve had to come out of my shell – that’s for certain – but have I really had to change who I fundamentally am? No, not really. As well as discovering the real me, I’ve learned to live with the personality I have, and that’s fine.

"I’ve learned you can be a strong leader without being an extravert. My natural traits are still with me, and they will continue to stay with me long into the future.”

Peter Crush, PS Editorial contributor, interviewed David Done, CEO of RHP and a member of the PS Leadership Board. This article first appeared on The People Space on 8 May 2017

Having people around me from outside who saw how valuing people mattered really opened my eyes to good leadership. I hired people from retail, airports, banks, IT, anywhere I could; for me, I was just hiring for attitude