Becoming an inclusive leader in a global context

By 2030 China will have more graduates than the entire US workforce, India will produce four times as many graduates as the US by 2020 and millennials will comprise 50% of the global workforce within the next two years. Diversity of ideas is disrupting the value chain and, regardless of where we are, we need to be mindful of different cultures, says Frank Douglas 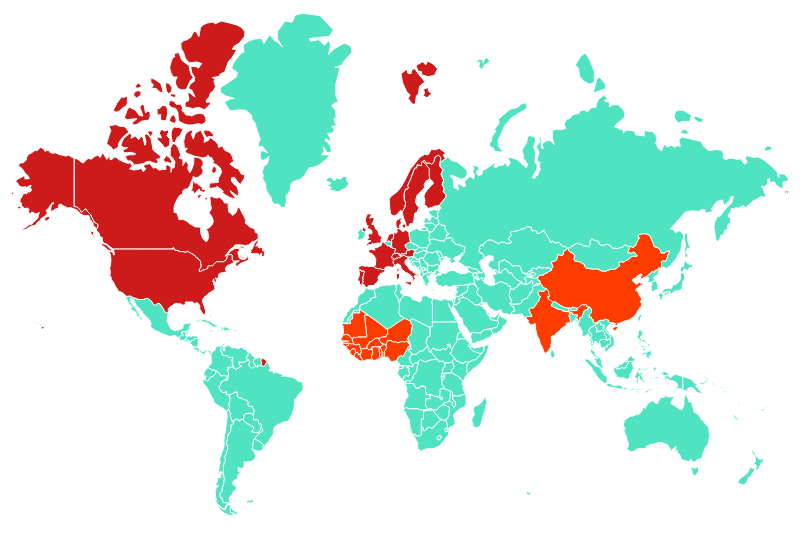 Every country has its own norms and cultures and navigating this is vital if HR and business leaders are to succeed in managing relationships across the world. And this presents a host of challenges, says Frank Douglas, CEO of Caerus Executive and a former global HR director.

In a webinar organised by School for CEOs, Douglas compares different cultural norms and nuances across the world as he shares the implications of leading a global organisation that spans across diverse cultures. In particular, he focuses on the differences between Western businesses and those in western Africa and in Asia, especially China where Confucian literature is still of great importance.

Here are his lessons (allowing for some generalisation):

Saving face
This is about dignity and respect, not feelings. Leaders in the West can be very direct, with terms such as ‘in your face’. They may dress someone down and often display ‘alpha behaviours’. This would cause great tension in an Eastern culture.

“The Confucian concept of harmony is still important today. The Chinese sometimes perceive Western independence as a sign of showing off. So many of the leadership competencies we have in the West tend to be around Alpha behaviours – standing out from the crowd in terms of self-promotion. Our sense of what a leader looks like and how leaders behave in terms of their presence and putting themselves forward would backfire in China,” he says.

Decision-making
China is a hierarchical society and there’s a respect for hierarchy and role,  but decision making is very consensual and tends to take longer. In the West leaders tend to believe in the value of making quick decisions and then moving quickly to action. Time is money.

“The Chinese typically want to be sure that all angles of an issue are reviewed first and thought through before coming to a conclusion.”

Communication in Eastern cultures tends to be indirect and focused on building relationships. Douglas describes the communication in his native country, the US, as “intellectual combat in meetings”,  whereas the British business culture is more consensual and a decision tends to be the start of the discussion. In China and other Asian countries the communication is more indirect and focused on building relationships rather than an efficient exchange of information. “Sometimes you're expected to listen in silence. It’s not always about direct participation. The issue of ‘lean in’,  for example, would be somewhat distant.”

One of the things Western leaders tend to value is taking risks. This would not translate well in a competency framework for Asian staff.  Understanding and navigating the organisation – the politics of the organisation that is part of Western competencies, such as managing up and across – these, warns Douglas, will not “necessarily yield you the best understanding of your Chinese staff and organisation”.

A key challenge for many businesses in Africa is keeping top talent in the country. In terms of leadership and culture traits in West Africa, it has traditionally been male dominated,  though that is changing. While much of leadership is participatory, there are still remnants of a command and control culture,  so ideas such as building a shared vision may not land as well as they would in the West.

“When I was working for one of the major oil companies we found that we had to rethink totally our way of engaging and stakeholder influence there. So I had a head of human resources for the Africa region who sat in Lagos. He happened to be a tribal chief and so he was referenced in meetings as chief. So whenever people spoke to me, it was Frank. When they spoke to him, it was chief. The engagement process was totally different,” explains Douglas.

When managing change in West Africa, Douglas suggests engaging early and often. Good communication about why you are doing something and what are the options is important, because many decisions impact not only the workforce but also the community. Decisions must be locally owned. And do not focus on hierarchy and the organisational chart for your influencers.

Characteristics of an inclusive leader in a global context

The four most important elements that make an inclusive leader are:

• Working towards a balance of questioning vs asserting

• The ability to unlearn

Of these, the latter is the most important, says Douglas. “You cannot go into Africa or Asia, the Middle East or South America and just assume the Western approach. You need to unlearn and now overlay your own perspective into a different environment. You have to look at things in the local context.

“There's no one size fits all and the worst mistake you can ever make as a leader is trying to overlay a Western perspective on non-Western societies.”