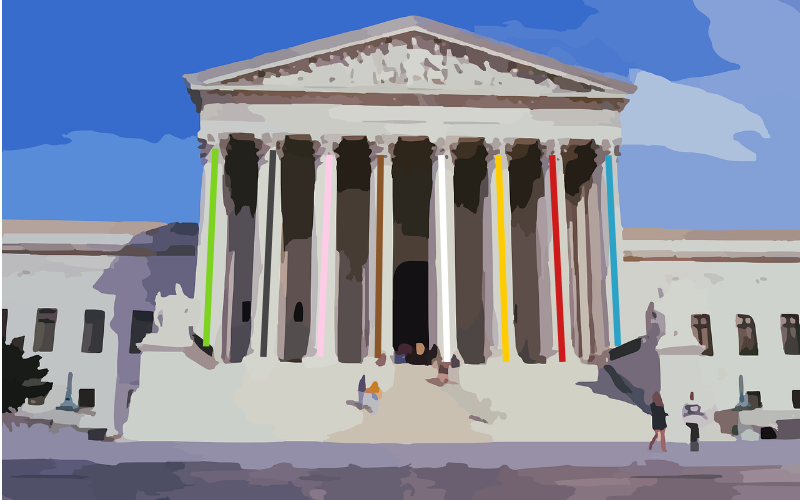 I received the call for jury service and am currently sitting on an interesting case with more twists and turns than a roller coaster (cheesy but true). The case has continued to challenge my perceptions and initial thoughts (or biases) about the accused and the accuser. More than that I am not at liberty to say. What I do want to share is there is much to reflect on the degree of diversity and inclusion in the jury selection process that the world of work could benefit from.

Throughout my childhood and later in adulthood my visible difference has accompanied me every step of the way. I have spent decades working frustrated at the lack of progress on the diversity and inclusion front, although with the gender pay gap reporting this has raised awareness of the degree of the problem and prompted some to work on closing the gap. I am hopeful that an ethnicity pay gap will have a similar effect.

Initially I began my career working in a mid-sized accounting practice. I recall vividly being in the one room that housed ‘the Asians’ literally. Including myself as a Pakistani Muslim, I shared the room with two Indians, one Hindu and one Sikh. We were in one room in an office that was one office of five in the West Midlands region but the only one with Asians. Were we recruited to meet a criterion? Was it a tick box exercise? I’d like to think not … but if not, it was an amazing coincidence. I was often sent out to clients with colleagues and would be anxious over the conversation that would surface repeatedly about my visible differences, having a ‘strange’ name and religious practices.

Later after I moved into the charitable sector I spent my term in different leadership roles where I had free rein to recruit my team and was able to role model what equal opportunity looked like,  effectively giving permission for others to follow. I was determined not to make anyone feel like an outsider looking in and as my team grew it diversified. I built a team that had males and females, differing ethnicities and differing faiths.

Later still I became the HR and OD director in 2009 for a global charity. The UK’s Equality Act 2010 followed shortly after, giving me the clearest mandate to champion difference in the workplace. For me this began, again, with my own team as I recognised that to address the conscious and unconscious biases every organisation struggles with I had to first ensure my own team reflected what diversity and inclusion looked like in practice. This was achieved by recruiting HR talent made up of diverse backgrounds, colours, age and faith and thereafter ensuring HR were actively involved on recruitment panels with equal weighting to others on the recruitment panel. I understood that HR was the gatekeeper to an organisation and it ultimately could influence how wide that gate could be opened. This made it much harder for prejudice and bias to surface, with my HR business partners being directed to report back to me instances, if any, of concerns in the selection process.

How does this all relate to my experience as a juror? As a juror we are selected at random from the electoral register. My first observation was the sheer number of jurors called to serve exceeding well over 300 people. My second observation was the visible diversity with people of all colours, genders and age. Although I have not seen every protected characteristic present I would be surprised if all were not represented given the randomness of the selection process. Each jury panel is then selected from this larger population again at random. For each panel 15 jurors are selected and then finally the clerk picks 12 out of the 15 at random, ensuring that until the case is heard, there is no possibility of knowing who will sit on the jury.

My jury panel consists of six males, six females, young, old, white and BAME with individuals from differing backgrounds and life stories. On selecting our juror’s oath, again the diverse nature of the collective became apparent with the choice of religious oaths or affirmations being offered. There is no ‘pecking order’ among the jurors. I have been on a number of boards, committees and teams wherein the structure and processes have allowed for poor governance. Not so on the jury panel. Each juror is an equal peer to any other juror and in our deliberations over the merits of the case we are able to discuss and agree or more importantly disagree after having listened to fairly complex questioning posed by both the prosecutor and defendant. Twelve very different individuals coming together to work as an effective team, collaboratively and respectfully motivated to ‘do the right thing’.

What is quite telling is our role. We are required to hear the facts of a case and decide as a collective body on reaching a judgement of guilty or not guilty with serious ramifications whichever way we decide. Potentially we could conclude a person is guilty and as such sentencing could lead to fines or imprisonment. Getting it wrong could mean an innocent person is convicted or a guilty person escapes punishment and worst still is free to potentially offend again.

On such critical matters having diversity through the random selection process there is a clear perceived advantage. While still a human process with potentially fallible judgements, the system by and large seems to work. Selection processes in the world of work could perhaps better attract wider diverse talent by having a similar mindset of looking further afield and ensuring everyone is able to be considered and contribute. When I contrast this to decision making and problem solving in the world of work it is considerably different, wherein often power and influence sits in a hierarchical sameness devoid of the richness that comes from having difference and engaging widely.

If diversity and inclusion can be of such central importance on matters of justice impacting on a person’s life and freedom then surely it can play a greater role in the workplace wherein individuals only really come together to deliver on objectives and typically generate profit or surplus.

Twelve very different individuals coming together to work as an effective team, collaboratively and respectfully motivated to ‘do the right thing’