How not to handle change

Organisational values and behaviours should inform proposed change and leaders should never believe that they can act above them, as this salutary tale shows 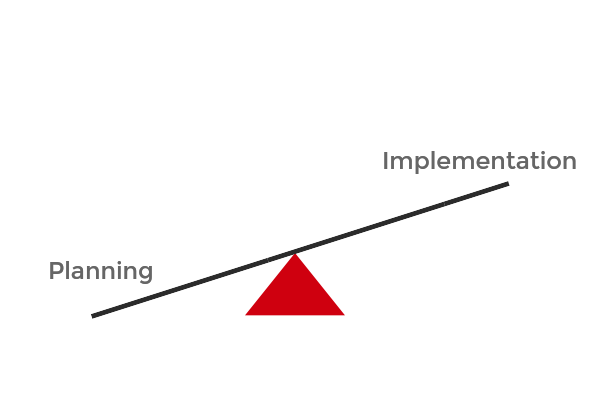 Last year I came across some major changes in an organisation. It is hard to think that they could have been handled in a more insensitive or ill-thought way. It is not that they didn’t try – but they had neither the skills nor wherewithal to do it better, or the wisdom to employ the skills required to do the job properly. And those that did advise them hid behind a plethora of process rather than try to understand the organisation or the effects that change has on people and their lives.

Let me be clear – my company was not involved. Nor does it involve an organisation for whom I have ever worked. My information is from people for whom I have respect and who sought advice. And there were too many of them for me not to believe that something was amiss. There is a catalogue of things handled in such a crass way that it is genuinely difficult to comprehend what was going through the heads of those leading the change.

I am reminded of a favourite author – Allan Leighton, whom it was my privilege to interview at a CIPD conference some years ago – when he commentated about principles of change. He described a position when organisations spend 80% of their time plotting and planning change and the balance on implementation. He describes a far better position when 20% of the time is spent specifying and articulating the change and 80% of the time is spent on implementation, involving and engaging with those affected. After all, it is in implementation when most organisations get it wrong. He is so right.

In this case, there are hopelessly delayed timescales, inadequate and prospectively unlawful consultation processes, next to no transparency in the selection processes deployed, unnecessary delays in clarifying the details of the changes, a lack of granularity, downright poor and foggy communication processes best illustrated by circulation – to all employees – of a several hundred pages document in the name of engagement and consultation, leaders who went into hiding on key dates or worse removed themselves from having any responsibility at all and even worse, a shambolic implementation process. Without doubt, the so-called benefit realisation of all this was long forgotten by those charged with leading it. Put simply, they had to achieve their target by a key date regardless of the harm and damage. I struggle to think of a change programme handled in a shabbier way. One benefit – some classic case study material here, methinks.

It was Heraclitus who once said that ‘change is the only constant’. And yet so many organisations get it wrong and hash it up. I know it is difficult but why do those leaders and managers who show so much skill in their chosen discipline and profession appear to adopt such a reckless approach when it comes to handling the sensitive people issues that accompanies major organisational change? Is it that they think themselves above the systems and protections constructed to protect employees? Or do they rate their own leadership skills so highly that they believe that underlings will simply fall into place without question? Or are they just plain ignorant?

Whatever the reason, the change has fallen on its face and the organisation is in a poorer place. Long-lasting damage has been caused. And the employees? Well those that are left will never darken the doors again and will bad mouth anyone remotely involved in the organisation. And those that remain are in a dark and horrid place, grateful for a job but thoroughly dispirited, demotivated and dismayed with what their organisation and its leaders have put them through.

It could be so different. People will buy change so long as they understand the reasons for it. They will trust their leaders to do the right thing, stand up and be counted, and plot the right changes and right structure if they feel that their views are properly regarded and taken into account. They will believe in their leaders if they feel that the organisations and their own best interests are properly safeguarded. They will support their leaders when they are visible and act in others’ interests. But they will vote with size 10s if their managers run roughshod, act with impunity and disrespect and worse, go through motions and processes to secure a result that was fixed from the start. It is so important to properly plan these things and make staff feel that they are involved in the changes around them and have a voice that can be heard.

There are organisations that can help get these things right. I run one of them. But this is not a sales pitch. It is a reminder that organisational values and behaviours should inform proposed change and that leaders should never believe that they can act above them.

In the case I illustrate, the leaders acted unjustly, and without compassion. They deserve what they get. Though I will need to bite my tongue when I hear them gloat about what benefit was achieved by these changes. By the same token, their workforce did not deserve their lot and were let down by their leaders.

I do not know how the organisation will recover it but I will be watching how it tries.

Martin Tiplady is a former HR director in the public and private sectors and is now managing director of Chameleon People Solutions. He is a member of The People Space Leadership Board