The recent pay award to the London's Metropolitan Police Service is yet another example of poor government leadership – one that far from improving the UK's public sector is overseeing its death by a thousand cuts, argues Martin Tiplady 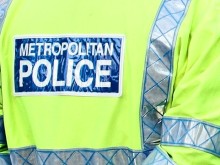 I am unsure why I am so shocked at recent events regarding police pay. Cressida Dick, the Metropolitan Police Service’s commissioner, when commenting upon the decision to award an across board 2% award – when it should be 3% –  said that it was ‘a punch on the nose’ for her officers. Too right it was. Actually, more like a knockout blow.

How is it that an expensively convened and so-called independent pay review body can conclude one thing yet the Government can ignore it and award something rather less? That is truly like having a dog and barking oneself. But it is actually worse than that – 1% may not feel like very much, but in the current climate of several years’ pay austerity, it is a massive put down to approve less than what was recommended. Let’s remind ourselves, this is the same Government that, on another day when its own pay was under review by a different pay review body, suggested that the review was independent and it could not argue with the recommendation even though it ran counter to other pay review body outcomes. That really is one rule rule for one and another for themselves! Putting it as mildly as I can, the police decision – especially after some eight years of the tiniest adjustments on pay – stinks!

When I think of our public sector and the costs of reviews not just about pay but about austerity, cuts, reorganisation and the like – the question arises on whether it has all combined to give us a better public service. Well, it certainly does not appear to be the case given 34,000 crimes not being investigated or incident files closed on the day the crime was committed – by the way, an increase of 33,750 over last year ( yes – you heard those numbers correctly) – over packed prisons, the worst waiting lists in the  NHS on record, the crummiest of NHS administrations and bins that are now collected every two weeks, roads that have more potholes than ever and a level of rubbish and waste on our streets and countryside that makes us look like a third world.

If this is better, then gawd knows what it was like before. But my memory does not conjure up a bad service previously. Instead, my memory suggests otherwise and I would love to turn the clock back and recreate a level of public service that we need and want. We might spend rather less these days on public service but at what point do we say that we cannot become leaner or cope with the level of resources now being invested or the low level of service now provided?

We once had an NHS, police, and everything else that comprised our public service that we could be proud about and actually was held up as the leader worldwide. Not now. Don’t blame the workers – though there are one or two that I might blame – but if ever there was a time for a new political choice, this is it. For all our leaders are now doing is overseeing a death by a thousand cuts. At what point does this stop? Personally, I think that point was reached a long time ago.

It is easy to cast blame on one person or one government but alas this is something that successive governments have created. The hypocrisy, waste and bumbling leadership that they have displayed in doing so is shameful. Put simply, the low leadership applied to our public services investment is a scandal. And if I dare think that the opposition offers a better way, one only had to listen to the Shadow Home Secretary idly say that she would award 4% to the police to realise that the lunatics are both in the asylum and also waiting outside it.

This is not leadership. It is about people and egos pretending to be in charge.

If in doubt, just look at the mess that is Brexit. Another day on that one!

The hypocrisy, waste and bumbling leadership that [successive governments] have displayed is shameful. Put simply, the low leadership applied to our public services investment is a scandal