From Birmingham to Baku and beyond

HR professionals in Azerbaijan are excited to engage, network and to co-create the future of HR 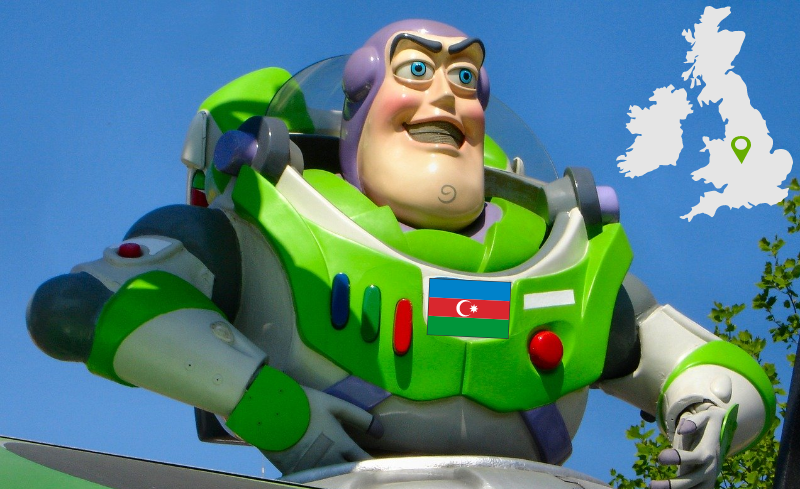 I’ve just returned to the UK after speaking at the HR Summit in Baku, Azerbaijan, organised by the HR Association of Azerbaijan. The theme of the conference was ‘Talent Wins’, which covered a range of topics from rewards to courage, from HR data metrics to corporate social responsibility, to my topic, which was on performance management or rather how to raise performance especially in light of the shift away from performance appraisals by some corporate giants and whether this was the right way forward.

The HR Association of Azerbaijan is a network of HR professionals, all of whom are volunteers with full time jobs, so the scale of the event was impressive, held at the Boulevard Hotel, a 5 star hotel with an audience estimated at around 450 delegates. The appetite for learning was tangible with delegates really excited to be there to engage, network and to co-create the future of HR in Azerbaijan. In a country where there is only one conference of its kind per calendar year, this really was the place to be, as evident from the attendees that had come from all over Azerbaijan from a range of sectors and industries. The event organisers had written, produced and featured in a ‘pop’ Azerbaijani style song about HR, the first of its kind as far as I am aware, that was played at the start of the conference. I loved their creativity and passion and clearly so did the audience.

HR in Azerbaijan is not that different from HR in the West in that it is still struggling to emphasise its added value to business and suffers from a lack of understanding among senior leaders in answering the question ‘what HR brings to the table’ but also among HR professionals themselves. This conference was invaluable to raise the bar for HR professionals in Azerbaijan to rise to the challenge of being game changers in their respective organisations.

The conference was opened by Abdulkerim Cay, a Turkish national and the CHRO of Turkish Airlines, a corporate sponsor of the event. The plethora of international speakers hailed from all over with Zahid Mubarik, a Pakistani national, Natella Isazada, an Azerbaijan national living in Canada, Matthew Lewis, a fellow Brit living in Dubai, Dr Christian Gollasch, a German national, Nuno Gomes, a Portuguese national, Zsolt Feher, a Hungarian national, Vera Solomatina, a Russian national, Ugur Karaboga, a Turkish national, Erik do la Geroniyer, a French national and finally myself, a British national with ethnic roots from Pakistan. The mix of speakers was reminiscent of Azerbaijan’s history, a former Soviet state which declared its independence from Soviet Russia in 1991, a melting pot of history having Turkic ethnic roots with borders with Russia, Iran, Armenia, Georgia and the Caspian Sea. The translators on site had their hands full but I was relieved to see that I was still able to connect with the audience and my humour also translated into local language.

As always, I made some good connections with the fellow speakers and the visible differences and accents became insignificant as friendships developed over the day, even being stuck in traffic becoming a great excuse to debate and discuss the future of work collectively. One particular friendship was formed with Zahid Mubarik, a fellow Pakistani. Mubarik is the president of the SHRM forum in Pakistan, the American HR professional body, while I occupy the role of honorary treasurer and board member for the CIPD. Our shared passion for all things HR brought home the point that, despite surface differences between professional bodies, we were united in trying to make the working proposition a better place for everyone. This was evident in the work that both professional bodies have contributed towards in developing human capital standards, a piece of work that Mubarik is leading on alongside Wilson Wong, a senior HR professional at the CIPD.

After the conference the event organisers wanted to get feedback from ourselves as speakers, which was rare in that while I have given feedback to event organisers of my own volition in the past or filled in a post event survey I do not recall being specifically asked directly by event organisers to give as much constructive feedback so that they can learn and grow. There were a number of things to suggest including having more gender diversity among speakers (three females speakers out of 12) and better social media presence, but I’ll admit I loved the ambition of the event organisers to grow their reach to become a conference aimed not just at Azerbaijan, but at the region as a whole and beyond.

Other event organisers could learn a thing or two from these volunteers who are passionate about their profession. As I discussed the future with event organisers and a possible return trip I must admit I did wonder if the CHRO of Turkish Airlines could ‘swing’ an upgrade to business class for me for my next trip to Azerbaijan.

Our shared passion for all things HR brought home the point that, despite surface differences between professional bodies, we were united in trying to make the working proposition a better place for everyone