Young, thin and Caucasian? Step this way. Older, heavier and being interviewed by someone of a different race? There’s the door 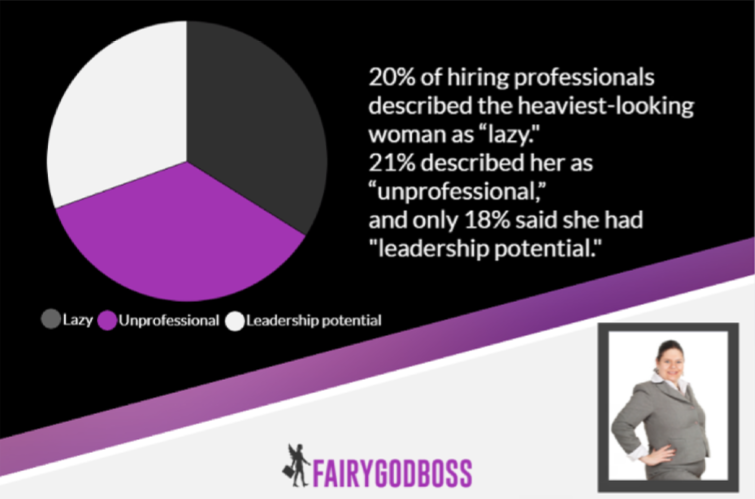 Women are still judged by their appearance, according to research from employer review company Fairygodboss which surveyed 500 recruitment professionals by showing them photos of 15 different female job candidates.

The candidate most frequently selected by recruitment managers was a young, thin, Caucasian brunette. Women of different races, sizes or with less traditional appearances were less likely to be chosen.

A fifth of the recruitment managers surveyed described the photo of the heaviest-looking women as ‘lazy’, 21% described her as ‘unprofessional’ and only 18% said she had ‘leadership potential’. Just 15.6% would consider hiring her.

Older women were considered to have positive traits and characteristics, ranking sixth for professionalism, third for leadership material and first for reliability. These were the three traits the hiring managers listed as most important in a potential recruit. Yet less than 30% of those surveyed said they would hire the older woman and she came 10th overall for hireability. 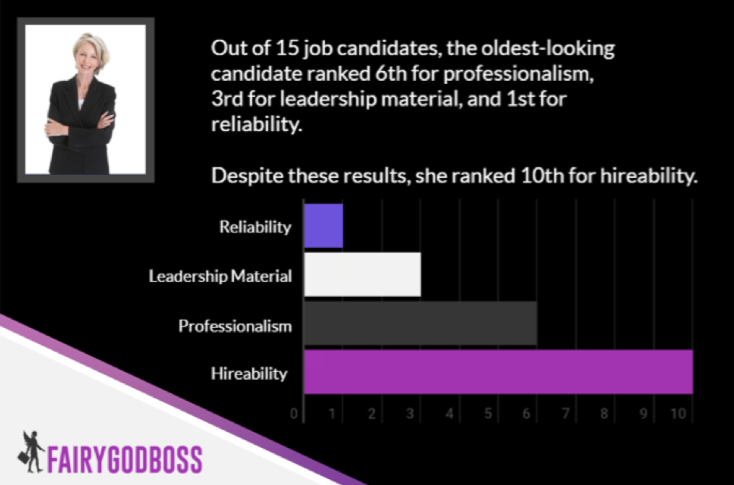 Fairygodboss suggests that women be wary of biases to decrease their chances of being superficially judged during the hiring process.

“Wearing a different suit jacket won’t make hiring managers overlook your age or your race. But being informed about people’s biases can help you try to counteract a few things that may be within your control,” they say.