What we watched this week...Navigating the future of work

ThePeopleSpace editorial director Siân Harrington tunes into the best HR webinars so you don’t have to. This week – a group of HR experts discuss automation, redesigning jobs, demographics, workforce planning and the race to the bottom in a Corporate Research Forum webinar on navigating the future of jobs, work and careers 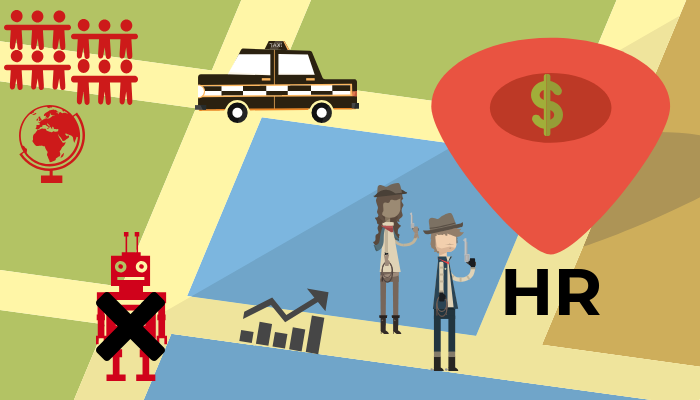 The ageing population will have more of an impact on workforce supply than Brexit, immigration or automation, says Julia Howes, principal multinational client group at consultancy Mercer. Even with positive migration, modelling shows the workforce will decline. As far as the UK goes, the trend of higher workforce growth than population growth will be reversed. The only other time this has happened has been in the period of the post war Baby Boomers, but then it was about more children being born who will enter the workforce. This time round it is because there is an ageing demographic – a dynamic we have previously not had to face. The population is growing 3-6% faster than the workforce.

So, you think you can just recruit from another country? Wrong. Population is growing faster than the workforce in most major economies in the world, especially in the dynamic economies in Asia. You won’t find solutions in moving work to other countries.

“While automation is big trend, we are not paying enough attention to the fact we are going to see a massive shortage of labour,” says Howes. “Organisations need to wake up to this issue. If you think this is going away, you are mistaken.”

We need a cunning plan

There’s so much information and insight from independent organisations now with regards to the impact automation will have on jobs, says founder & consulting partner at HR Curator, Dave Millner. Without a doubt automation will replace processes and tasks within jobs. Some jobs will disappear but this is a chance to rethink jobs. However, automation won’t replace employees. After all, most cars today are constructed by robots but still have people on the production line checking quality.

In HR, we therefore need to think about future-proofing. However, HR appears to have “forgotten or decided it doesn’t want to be involved in” organisation and job design. It needs to look at process, task and people, and the critical role learning will play in the future of work. It’s time to ditch the out-of-date competency frameworks and develop capability frameworks.

Already some companies are piloting multi-disciplinary teams which have team descriptions rather than job descriptions. Once the project stops, everyone goes back into the pot ready to be chosen for the next team/project.

“We can’t have the old mentality that things have to be 100% perfect before we go live with them. We need to scenario plan and design the future. It’s exciting if we have the courage to do it.”

When Tate & Lyle started looking at strategic workforce planning the focus was on how to embed it into an existing business process owned by the business. It was embedded in the five-year planning process and HR worked closely with the strategy and finance teams to drive it through. The whole process was owned by business general managers so the conversation was very much at the business process level, with HR facilitating conversations. It was a leadership conversation linked to strategy and where the company wanted to grow, which geographies it should invest in to build capabilities, what capabilities are needed, where these are easy to buy, where they have to be developed and so on. Tough choices have to be made.

“It’s critical to make it simple,” says Hamilton-Hanna. “No more than three to five slides in a five-year plan. By working with finance, we could get numbers against choices and then have tough conversations about whether we could invest there and what impact it would make on margin. On the back of this we made some big decisions on investing in capability over three to five years and the business signed up as it could see it embedded in the overall plan.” 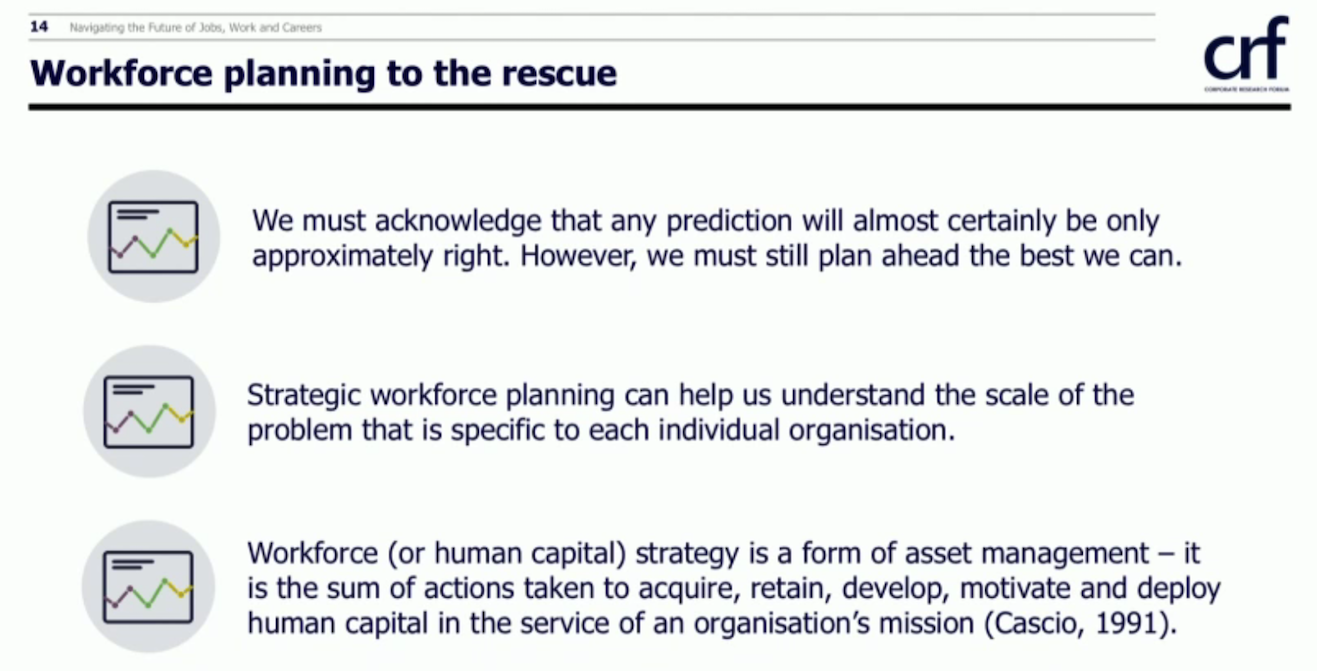 HR: bringing the outside in

One of the unique contributions HR can make is in bringing in an outside perspective, especially in workforce and demographic information, says Gillian Pillans, research director at Corporate Research Forum. However, Hamilton-Hanna found that, while HR is great at being a business partner and understanding what is going on in its own business, her team found it harder to bring the outside in – to gather the necessary information on demographics, economies, inflation and so on. “I needed to do more skills building to make them feel more comfortable in this space.”

People who get it will be winners, those who don’t will lose big, says Nick Shackleton-Jones, director, learning & performance innovation at PA Consulting Group. We are being lulled into a false sense of security, however. This is not going to be anything like the Industrial Revolution. There will be a dramatic reduction in the number of highly paid, highly skilled jobs. Organisations are not looking at AI and automation as a way of creating shiny new jobs, they are looking at them in terms of improving competitive advantage in an increasingly challenging marketplace. Winners will be those aggressively deskilling their organisations, ripping out any requirement to have capability.

Take taxi driving. In the UK, the black cab driver had to have the knowledge – passing a test to show he or she knew routes within London. This needed highly skilled people with high capability. But along came the satellite navigation and look at what that’s done to operating models, costs and wages. Uber isn’t in itself disruptive, it only exists because Sat Nav exists. “The winner in future disruption is Sat Nav for everything.” 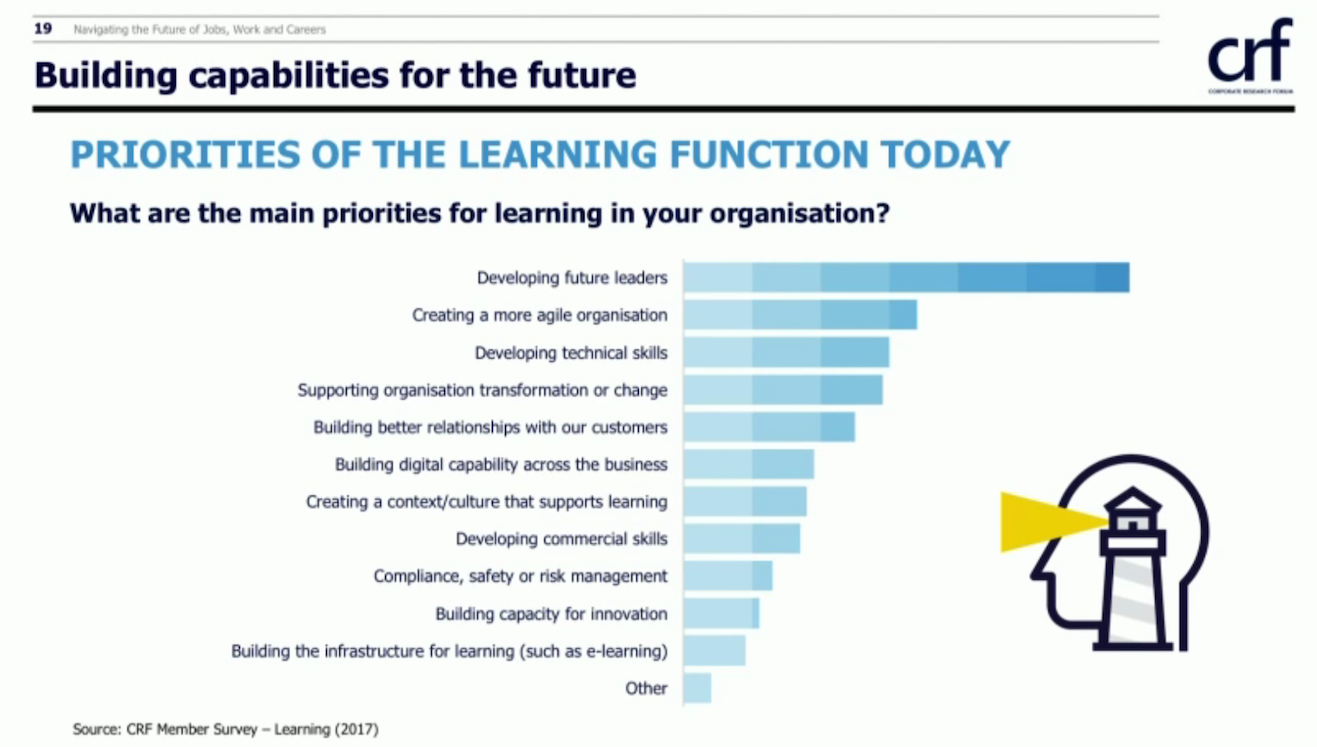 People talk to hybrid working, positively working side by side with machines, says Shackleton-Jones.  We have already seen this in taxi driving and all it’s done is to create a slew of low paid jobs, an HR Wild West likely to be shortly replaced by automation.

If you introduce ‘performance guidance’ rather than training, you can dramatically shift your resourcing model because you can employ people of very low capability level to do almost any job. Think of Alexa sitting on your desk and telling you what the latest HR policy is, or an app people use to enable them to do things rapidly from a low skill base.

“Simplifying tasks and building performance guidance is the way forward.  If you have more of a contingent workforce, people in and out of business doing smaller tasks, then you cannot afford to be pushing more and more conventional training into that model. You cannot have six months to get up to speed. The only way you can do that is to reduce your dependence on individual capability and deskill the organisation.” 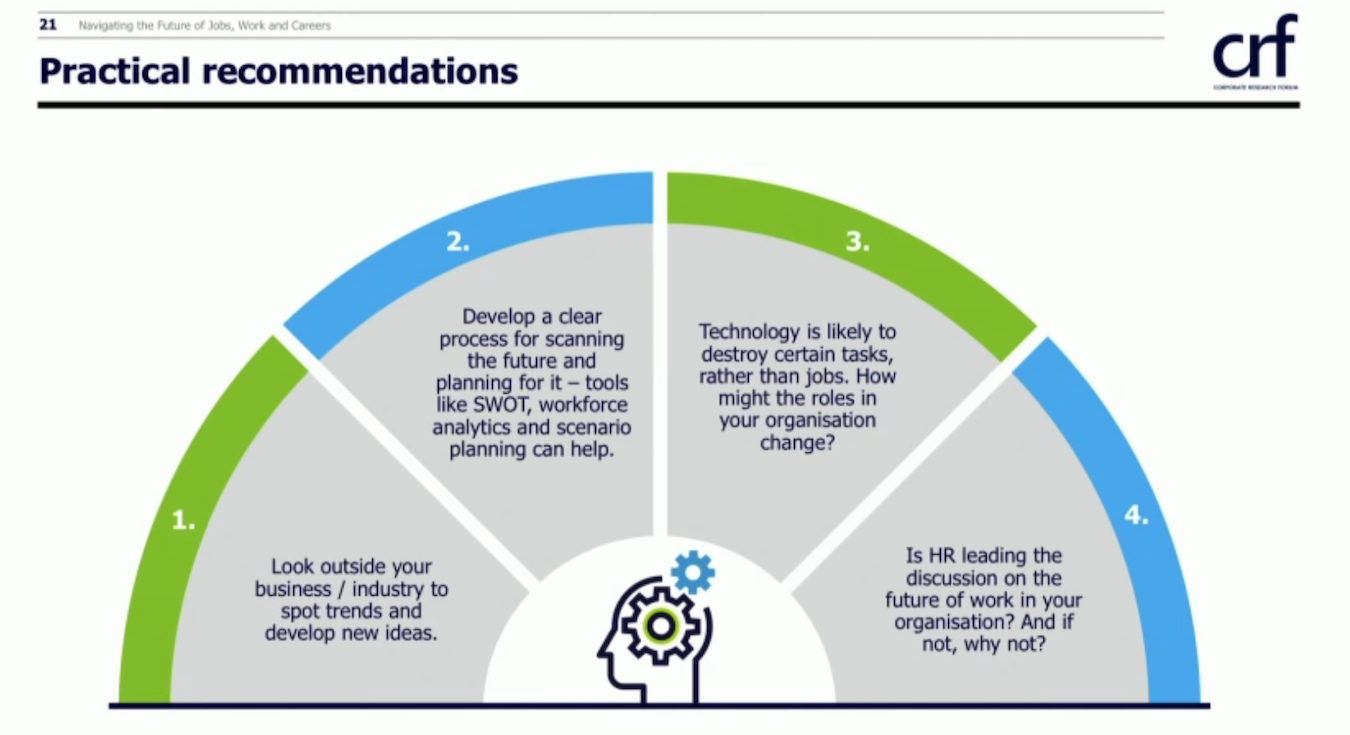 28 November 2018
Workforce planning
Automation
Enjoyed this story?
Sign up for our newsletter here.