Want women to advance in your workplace? Then get men and women to work together to improve your culture

Gender inclusivity is not a women’s issue. By understanding the gender gulf in perceptions about the effect of unintentionally gender biased thinking, leaders can start to tackle the issue more constructively 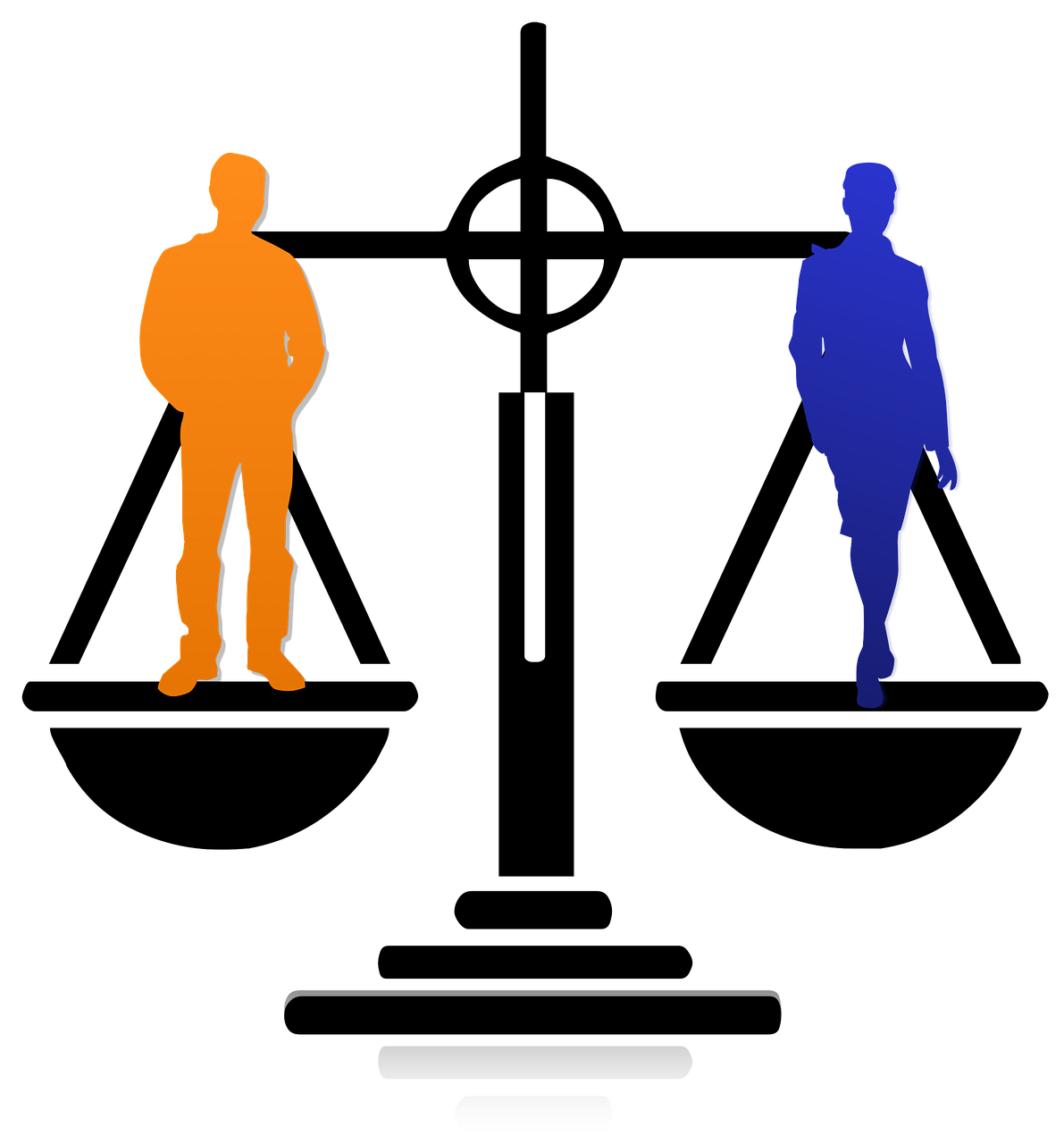 Workplace culture is stalling women’s career advancement, particularly for senior and black, Asian and minority ethnic (BAME) or mixed-race female employees, according to a year-long study of 5,814 UK employees by Murray Edwards College, University of Cambridge.

The study finds that everyday examples of unintentionally gender biased behaviour in the workplace are to blame. It found gender double standards are perpetuated by both men and women and that few people are intentionally sexist.

The results were irrespective of the gender of the employee’s boss or whether that  person was supportive. More than half the employees surveyed (55% of men and 59% of women) report personally being treated differently because of their gender by a female boss.

The majority of women think female managers judge the same behaviour differently according to gender. More than half (53%) of women report seeing female colleagues being judged more negatively when they behave in the same way as men in the last 12 months. Only 18% of men have noticed this happening to female colleagues over the same year. 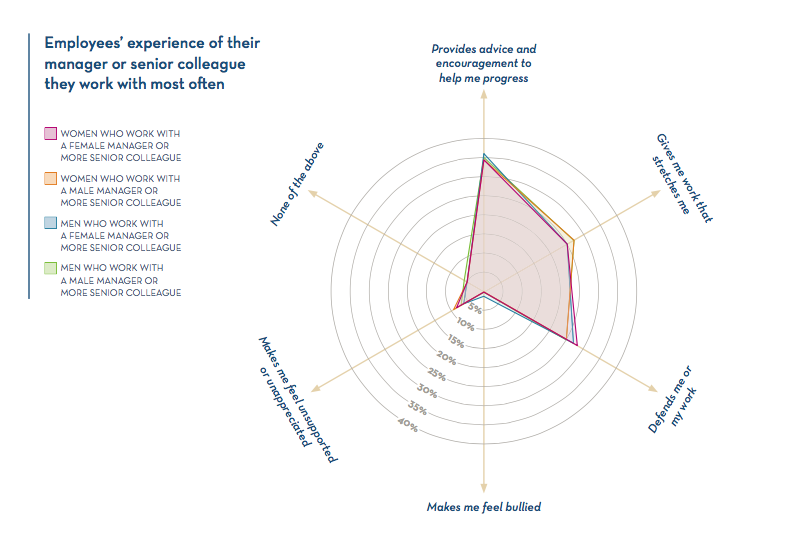 According to two-thirds (64%) of female employees, stereotypical views about female traits, such as building good relationships, attention to detail and strong admin skills lead to them being perceived in their workplaces as good managers rather than good potential leaders. Only 29% of men believe this happens.

Meanwhile, only 12% of men say that ‘highly valued traits’ stereotypically associated with men, such as ambition, a single-minded commitment to work and being seen as risk-takers, have implications for promotion in their workplace ‘always’ or ‘often’. This compares to 32% of women who believe these stereotypical views about male strengths influence promotion decisions ‘always’ or ‘often’.

“Our research found it is possible to have a supportive boss and yet still experience sexist behaviour. The results show men and women both practise and experience double standards around gender, so it is a problem for women to address, as well as men. Almost half of men recognise that women face more challenges to career progress. However, men are relatively unaware of the specific ways in which this gender bias plays out for women,” says Dr Jill Armstrong, lead researcher and Murray Edwards College Bye-Fellow.

The challenge to female advancement was common to the four key sections of the UK workplace landscape studied. The results mostly differed by gender, not sector. However, a slightly higher  proportion of women in professional services and academia think that women face more challenges. The college researchers think this may be because these sectors have traditional, hierarchical organisational structures.

Guided by a literature review of previous academic research, the study asked participants to rank seven specific examples of gender bias in order of priority for immediate action – see this infographic.

The findings are part of Murray Edwards College’s Collaborating with Men programme, which enables employees across the genders to work together to solve cultural issues in their own workplace.

“Women are well equipped to excel in leadership positions, but they’re not rising from middle management in the same proportions as men. Those involved in the study have been surprised by the gender gulf in perceptions about the effect of unintentionally gender biased thinking. It’s workplace culture that has to change if we are to create equality of opportunity. That has to be done in partnership with men,” says Armstrong.

Jason Ghaboos, researcher and Murray Edwards College Bye-Fellow adds: “Men can sometimes wonder whether it is their place to give a voice to these issues, and I have heard from male allies that their motives for being involved in gender issues are questioned, by both men and women. It needs to become more normal for men and women to talk about this.

“Gender inclusivity is not a ‘women’s issue’. To class it as such is unhelpful and masks the complexity of the issues and the nuance required of interventions. Often solutions in the past have focussed on what women need to do to improve the situation. In truth, meaningful change can only occur when women and men work together to improve the workplace culture for all.”

It is possible to have a supportive boss and yet still experience sexist behaviour. The results show men and women both practise and experience double standards around gender