Three pitfalls to avoid when developing your best talent

To develop well-rounded leaders organisations need to take a number of risks. But with accelerated leadership comes a number of pitfalls. Here's what to look out for and how to respond 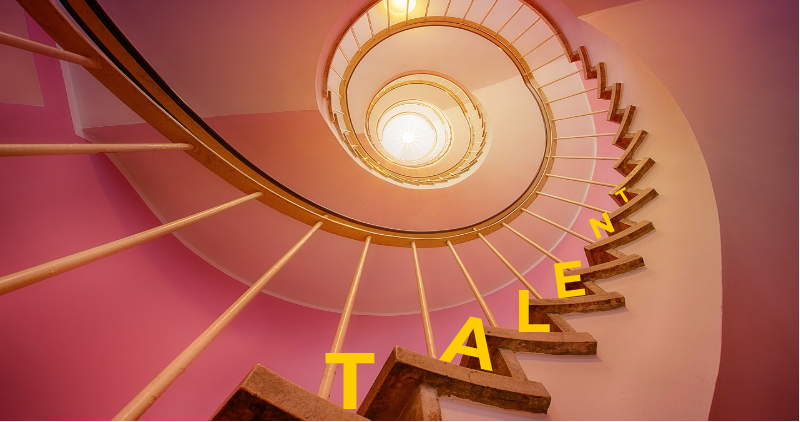 Our best talent are not only good performers in their current roles with the potential to progress further, they also have the desire to develop and be stretched. They are often ready for a new challenge and are ideal candidates for accelerated leadership development which is built on three pillars: gaining a breadth of leadership experiences, learning on the job and reflecting on past events to extract maximum learning from a situation. And all of this happens at pace.

Accelerated development provides several significant benefits both to emerging leaders as well as their organisations, such as developing well-rounded and reflective leaders as well as keeping the most talented future leaders engaged and providing meaningful development opportunities as they progress to realise their potential.

To realise these benefits, both organisations and their emerging leaders must take several risks which also bring with them a series of pitfalls if not managed well. The most notable of these pitfalls are

Regular check-ins. Organisations must not make it the leader’s sole responsibility to monitor and manage their own resilience. While nobody is better placed to look after their well-being than the emerging leader themselves, it can be difficult for leaders to say ‘no’ to a new stretch assignment for fear of no longer being regarded as high potential. Accelerated leaders must be supported through regular check-ins to assess whether a move to another highly developmental, yet demanding stretch assignment is appropriate or not.

Consolidation phases. Where an emerging leader would benefit from taking a step back to either consolidate all their recent learning or to take a breather, a consolidation phase can be useful. This can be either another year in the current role where things will hopefully have settled down or taking on a less challenging interim role. While consolidation phases may sound a counter- intuitive recommendation for an accelerated leadership development framework, they can be highly beneficial, as they keep the leader from derailing and allow them to pick up the pace again after a break.

Assigning well-known roles. Assigning roles that are well-known to the organisation have the advantage of having clear success criteria and an alumni of past job role holders. This means that early warning signs of derailment can be spotted more easily, mentoring or coaching can be provided through past job incumbents and remedial action can be put in place fast.

A second pitfall that is not always immediately obvious is high-potential employees not developing into well-rounded leaders. Often, their focus is primarily on delivering results in an often challenging role before moving on to the next assignment, rather than building strong teams or creating sustainable cultures and processes for longer-term benefits. This makes it less likely that an emerging leader will develop strong people management skills. Having only 18 months or two years in a role may also mean that the emerging leader is not able to experience the medium-term consequences of their own decision, as these may take longer to take hold than the time that the leader has in role. This limits their development further as important learning from their own mistakes is curtailed.

360 feedback. Regular, comprehensive feedback about an emerging leader’s skills development is vital to help the person avoid blind spots developing that may derail them in future. This feedback must extend beyond looking merely at whether a person has delivered expected results in role and include how they delivered these results and focus on people management and team building qualities.

Encouraging leaders to reflect. Accelerated leaders are busy –one meeting chases the next, rarely coming up for air from all their work commitments. Taking time out to reflect on the week’s work or learning is anathema for many fast-paced work environments and ambitious executives. There is strong evidence, however, for the benefit of stepping back and reviewing what went well in a situation, what went less well and how we could do things differently in future. It allows an emerging leader to see the connection between seemingly unconnected events and to avoid making the same mistake again. Introducing high-potential employees to the benefits of regular reflection can create benefits, as it’s not the situation itself but the learning they extract from it that creates the development. Where emerging leaders struggle to fit in personal reflection on their own, coaches or well-trained mentors can be helpful.

3. Not learning how to fail

This last pitfall is the most difficult to spot early and the hardest to fix, as the issue extends beyond the emerging leader and their immediate surrounding; acceptance of failure is affected by an organisation’s culture and its appetite for risk.

Leaders will fail at some point: a decision will be wrong, or a role may not play to a leader’s strengths. In situations where organisations do not tolerate failure or where they want to protect their star performers, emerging leaders may be moved out of their roles at the first signs of trouble. This means that emerging leaders are not given the opportunity to learn how to fail. When a more significant failure occurs neither the leader nor the organisation will have learned to deal with it.

Starting stretch assignments early. To help both emerging leaders and their organisations deal effectively with failure and to ensure that it becomes a learning opportunity and not the end of a career, it pays to open stretch assignments for early career talent. The roles that early career talent are likely to take up will be smaller where any fall-out from a wrong decision will be significantly smaller than in a senior role. This allows both the individual and the organisation to experiment with different ways of dealing with failure and to develop ways of responding to these situations effectively.

Instilling a risk-embracing culture. Senior managers have an important role to play in an organisation’s appetite for risk and with it the acceptance of occasional failures. Such risk-taking is not only vital for accelerated leadership development but also for encouraging innovation. Where senior leaders are brought into an accelerated leadership development philosophy and where investment in future talent is deemed to be as important as investment in innovation and new products, organisations are more likely to build a strong pipeline of future leaders.

Published 12 June 2019
Wellbeing
Resilience
Enjoyed this story?
Sign up for our newsletter here.