Reinvent yourself to stay relevant: how to become a dynamic learner

Process is sexy. Yes, you heard it here first. For if you want to stay relevant and thrive, you need to be a dynamic learner – and to do that you need to focus on process, not outcomes, says Bradley R Staats, associate professor of operations at Kenan-Flagler Business School, University of North Carolina 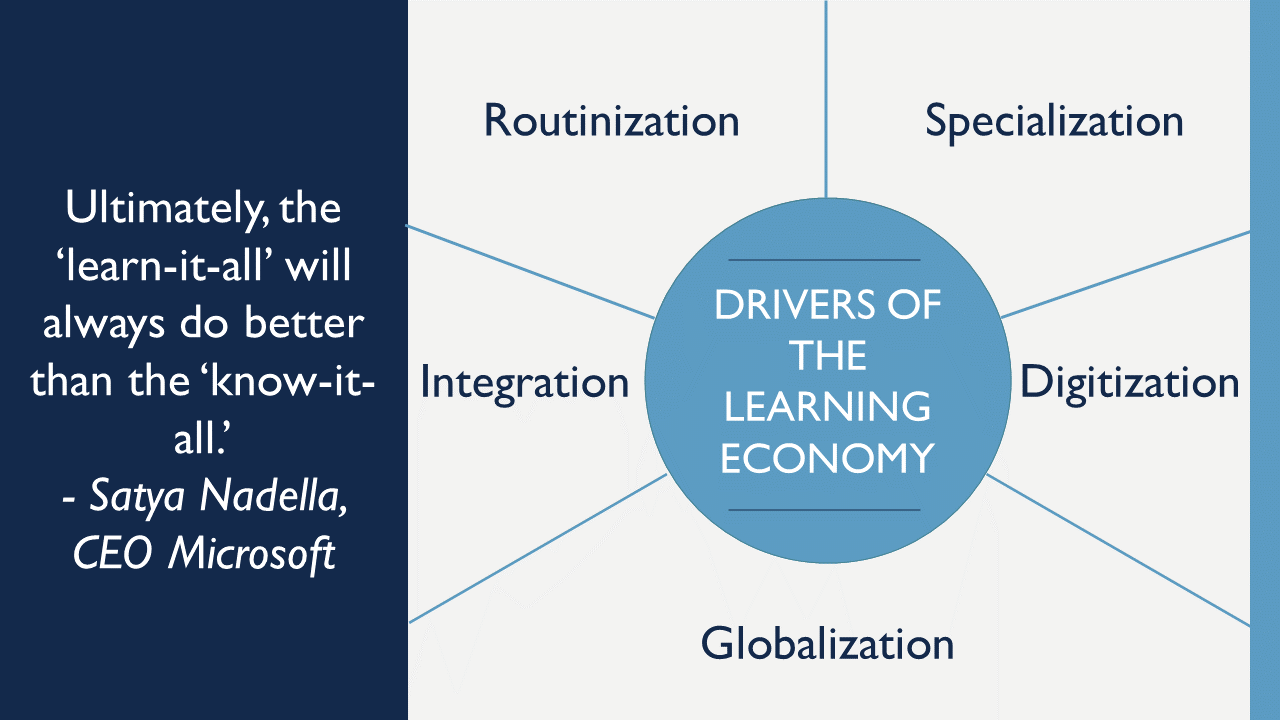 But what if, despite making that choice, you are told you lost. Do you still think you have taken the right decision?

In the above exercise researchers randomly assigned win or loss to participants, regardless of their choice. These participants were then asked to evaluate their decision. Those told they were winners gave themselves 6.33 out of 7. Those who were told they were losers gave themselves 4.57. Despite the fact that the decision they took was correct, the losers looked at the outcome – loser – and thought something in the process they did was wrong.

This, says Bradley R Staats, associate professor of operations at Kenan-Flagler Business School, University of North Carolina, and author of new book Never Stop Learning: Stay Relevant, Reinvent Yourself and Thrive, is because we have outcome bias. And this is hindering our ability to learn.

We are, he says, bad at learning. In fact, we are “supremely bad”. “We are often our own worst enemies. Instead of doing the things that will help us learn, we do the opposite,” he says in a webcast exclusive to The People Space.

One of the reasons is that we incorrectly assume the outcome we gain provides more meaning than the process to get there. “I’m sure we can all think of times we did all the right things but ended up on the losing side,” he says.

We tend to evaluate ourselves on the outcome we achieve and assume that a good outcome means we have followed the right process. But many things go into the process. So, says behavioural scientist and operations expert Staats, we need to focus on the process rather than the outcome.

By doing this, we are able to identity when things are going wrong, build models and foster discipline. Central to this is a growth mindset, where we believe intelligence can always be improved.

“Studies have shown that those who are praised just for their outcome view their intelligence as more fixed. Those who are praised for their effort, for working hard, see improvements in subsequent tasks and enjoy them more,” he explains, citing research with Fortune 100 companies showing that a growth mindset is related to happier employees, more innovative risk-taking culture and ultimately better overall performance.

This is all so important, as today we need to keep learning or risk becoming irrelevant. With the pace of change and ubiquity of communication technologies, we must all strive to become dynamic learners. Dynamic learners outperform their peers in every sector and gain higher fulfilment, says Staats.

“Learning is so vital today we can see ourselves living in a learning economy, not just a knowledge economy,” he says, referencing Microsoft CEO Satya Nadella.

“Factors that push us to focus on outcomes are strong, but we can overcome them if we want to learn. A process focus is a learner’s freedom.”

Learning is so vital today we can see ourselves living in a learning economy, not just a knowledge economy