Purpose not just profit: the business mantra of the past year. But with the coronavirus, unrest over the death of African American George Floyd and global recession around the corner, now is the time for leaders to take action and show their promises are not just empty words
Sian Harrington
PS Editorial 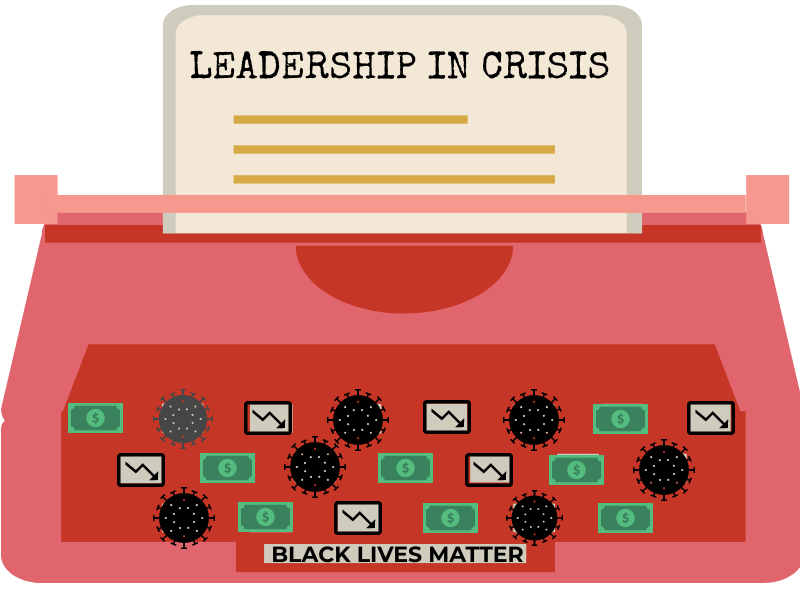 Social unrest, the coronavirus pandemic and countries plunging into recession. The first half of 2020 has been the stuff of nightmares for people and organisations across the world.

According to the World Bank, the global economy will shrink by 5.2% this year – the deepest recession since the Second World War with many economies experiencing the largest declines in per capita output since 1870. Political leadership has been sorely lacking for the most part and people feel confused, bewildered and frightened for the future. Anxiety is up: last month the UK’s Office for National Statistics said almost half the people in Great Britain reported ‘high’ anxiety in March, equating to over 25 million people.

And how have business leaders reacted? At the beginning of the COVID-19 crisis the owners of a Scottish hotel sacked staff and made those that lived in the hotel immediately homeless. Billionaire Richard Branson, who lives in the tax-free British Virgin Islands, is pleading for the UK Government to help bail out Virgin Atlantic, much to the chagrin of many UK taxpayers. The billionaire owner of retailer Sports Direct had to do a U-turn after trying to keep his stores open against government advice and making staff go to work during a public health crisis. And now the CEO of global gym company, CrossFit, has resigned after calling an affiliate gym owner “delusional” for asking the company to issue anti-racist statements in support of Black Lives Matter and for his insensitive and inflammatory Tweets in the wake of African American George Floyd’s death.

The question is, are we doing enough to voice and create the preconditions for the future we want to see?

The coronavirus and social unrest following Floyd’s death while in police custody are having reverberations across the business world. People’s safety, security (personal and financial) and equality are right back at the top of the agenda. How companies react at this moment, and in the foreseeable future, could (and I would argue should) have major commercial consequences. According to the YouGov BrandIndex, for example, Sports Direct’s already poor score of 1.1 (based on impression, quality, value, satisfaction, recommendation and reputation) fell to -18.4 while its reputation score fell to -46.3 and recommendation score went from 5.7 to -30.9. This prompted YouGov to say the scores “suggest that consumers are paying attention to company behaviour during this crisis – and that there could be commercial consequences for retailers that fall short of their standards”.

As Hayley Connor, head of people and learning at UK microbrewery and pub chain Brewhouse and Kitchen, said in The People Space’s series of webinars on COVID-19: “What’s really come out of COVID-19 is how sensitive consumers are to how companies treat their teams. Consumers have spoken and will speak with their feet and only engage with establishments that have treated people well.”

Roll back to August 2019 and readers may recall the fanfare that accompanied Business Roundtable’s release of a Statement on the Purpose of a Corporation signed by 181 CEOs who committed to lead their companies for the benefit of all stakeholders – customers, employees, suppliers, communities and shareholders. This was the first time since 1997 that Business Roundtable’s Principles of Corporate Governance moved away from the idea of shareholder primacy as the principal raison d’etre for the purpose of business. At the time, top business leaders came out to endorse this new approach. “The American dream is alive, but fraying,” said Jamie Dimon, chairman and CEO of JPMorgan Chase & Co and chairman of Business Roundtable. “Major employers are investing in their workers and communities because they know it is the only way to be successful over the long term. These modernised principles reflect the business community’s unwavering commitment to continue to push for an economy that serves all Americans.”

Alex Gorsky, chairman of the board and CEO of Johnson & Johnson and chair of the Business Roundtable Corporate Governance Committee, added: “This new statement better reflects the way corporations can and should operate today. It affirms the essential role corporations can play in improving our society when CEOs are truly committed to meeting the needs of all stakeholders.”

Is it all just words?

Of course, words are easy. So, will these words be turned into actions? Jesper Brodin, CEO of Ikea’s owner Ingka Holdings, acknowledges that even when you have a strong sense of purpose there are questions to ask. “Back in the 1990s we realised we needed to have a point of view and drive an agenda where ethics flavours everything we do. We are profoundly against any sort of discriminatory behaviour. But the question is, are we doing enough to voice and create the preconditions for the future we want to see?” he said in a webinar with Harvard Business Review.

At the world’s largest stock exchange, the New York Stock Exchange, the economy matters. But for president Stacey Cunningham, the safety of staff members is also paramount. It reopened on 26 May after two months of closure and Cunningham says the company has learned a lot about how to protect its employees while COVID-19 is still a threat. “Knowledge is power. We know how to apply social distancing and PPE (personal protective equipment) to keep our community safe. This doesn’t mean circumstances won’t change. When we made the decision to open our goal was to prevent an outbreak, not a single case. We have protections in place to responsibly mitigate the risk of spreading. Everyone is following the new rules and we are now looking at scaling up but we can also take measures to scale backwards if required,” she says.

At US fast casual restaurant chain Sweetgreen, it has not just been the coronavirus that has resulted in closed outlets. Having just reopened some of its 104 restaurants, it closed the majority over the past week because of the social unrest following Floyd’s death in order to keep customers and team members safe. Co-founder and CEO Jonathan Neman told media brand Axios: “Given protests in urban centres it made more sense to close and pay our employees over that time. We talked to our teams and, seeing some of the damage, thought it was the right thing to close. It was an easy decision.”

Purpose has always been at the heart of Sweetgreen and this has helped the company take clear action in the light of recent crises. Neman admits that, since Floyd’s death, it has been challenging. “There have been lots of raw conversations. First we must listen and understand – we all need education. But my message is one of action. We need to look at how we can use our platform and voice to be a force for change. It is fine to issue statements but what matters more is action we can take. We cannot solve the problems ourselves but we can be part of the solution.”

Sweetgreen has taken four steps to play its part in tackling the issue.

Goldman Sachs: leaders need to get comfortable being uncomfortable

James Fulton, chief learning officer at Goldman Sachs, also says that “raw, painful discussions” are taking place at the global bank and “it’s not comfortable”. Leaders are trying to process what is going on in the world. To do this, they need to get comfortable being uncomfortable, says Fulton. “If you are comfortable you are probably not doing this right. To connect and engage with your communities you need to be vulnerable and allow yourself to go a bit beyond your comfort edge. We need to be candid about where we are and what we have got wrong, but also have to have hope on what is working and where we are going. It’s a combination of brutal honest and credible hope.”

Goldman Sachs has done much work in the past year on its purpose, he adds. “There’s a lot of literature showing that a more purposeful company creates more economic value. But it also provides a rallying call for the firm beyond creating shareholder return. It is one of the key ways to help people move through critical times and build resilience.”

Back at the New York Stock Exchange, Cunningham points to its board advisory council, launched in May 2019 to actively address the needs of inclusive leadership. The council comprises 24 CEOs who leverage their personal networks to identify talented candidates interested in serving on boards, then introduces them to NYSE-listed companies seeking to expand diversity of their board. “The nation is in pain. But I am optimistic about what I am hearing from leaders to drive change. Having a diverse boardroom is critical for changing the status quo,” she says.

It’s easy to latch onto buzzwords like 'purpose' and 'corporate responsibility' when the economy and profits are booming. But, as the saying goes, when the going gets tough the tough get going. In light of current events, we need businesses to show they are tough and to get going. The time for talk is done. It’s time for action.