A greater number of countries are innovating but more needs to be done to increase the readiness of people and firms to adopt new technology, according to a report into global competitiveness.

The WEF also points to the need for labour market flexibility and worker protection in order that everyone can share prosperity in the Fourth Industrial Revolution era, as well as the challenge of maintaining a sound financial sector. Its Global Competitiveness Index finds that, 10 years after the banking crisis, the financial sector remains vulnerable and that governments have less bandwidth than they did 10 years ago to cope with another crisis.

Maintaining a sound financial sector is not only important to prevent recessions and the resulting effects on productivity and growth, but also to sustain innovation, it says. Providing adequate funds and instruments to support the most productive and innovative ideas is essential to take advantage of the Fourth Industrial Revolution. 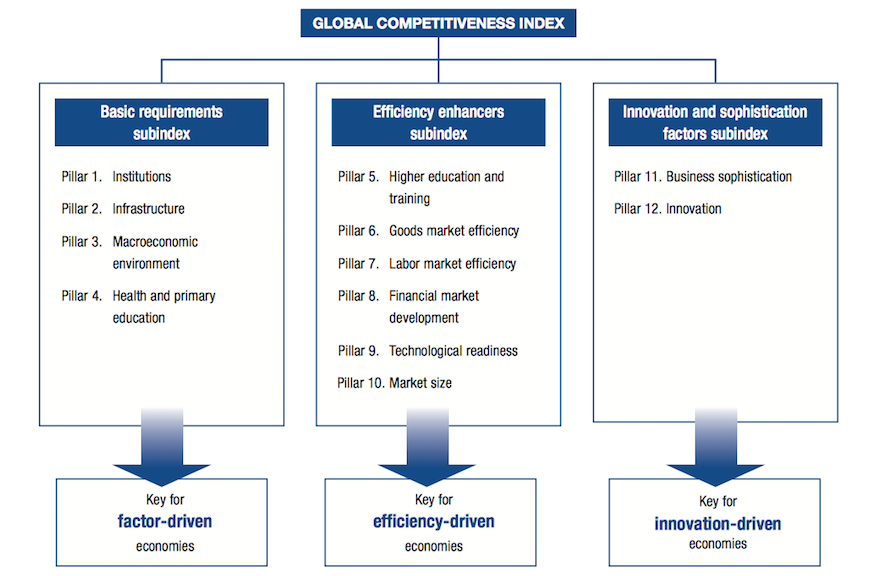 The Global Competitiveness Index has been measuring the factors that drive long-term growth and prosperity for over four decades. This year the report welcomes the fact the world economy appears to have picked up speed but notes that current expansion appears to be cyclical, bolstered by exceptionally low interest rates rather than by the fundamental drivers of structural growth.

“Productivity improvements appear to remain sluggish and are not expected to return to the levels experienced in past decades,” the report says.

Major emerging markets such as China, India, and Indonesia are becoming centres for innovation, catching up with advanced economies. However, the economic impact of the current wave of innovation remains difficult to measure, according to the report. Innovation should affect competitiveness and raise productivity, but does not yet appear to be doing so. 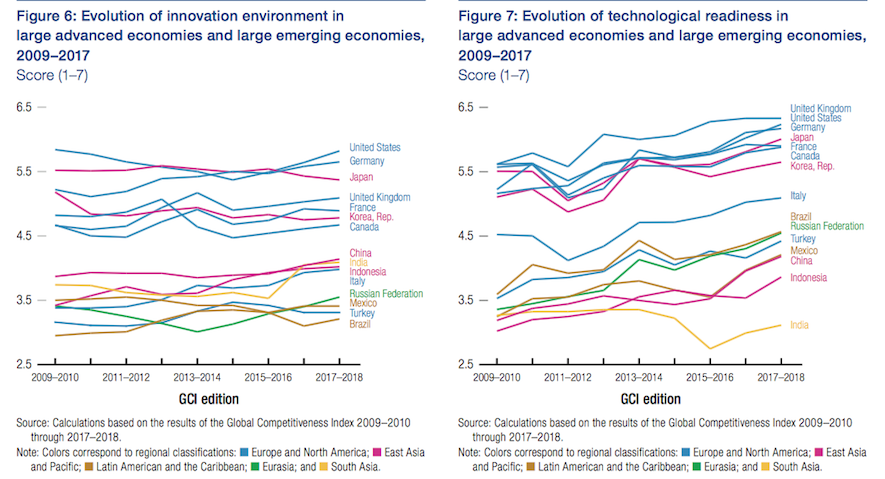 Report editor professor Klaus Schwab from the WEF and chief advisor professor Xavier Sala-i-Martin from Columbia University say there are two plausible reasons for this. The first is that it will take time for systems to adapt to a new order so they can take full advantage of the advances in technology. For example, it took decades to realise productivity gains from electrification.

The second is that many of the benefits of digital services—including the ability to use search engines, email, digital maps, and social media— are free, therefore do not have a market price and consequently are not reflected in productivity estimates, even though they are providing significant value to individuals. 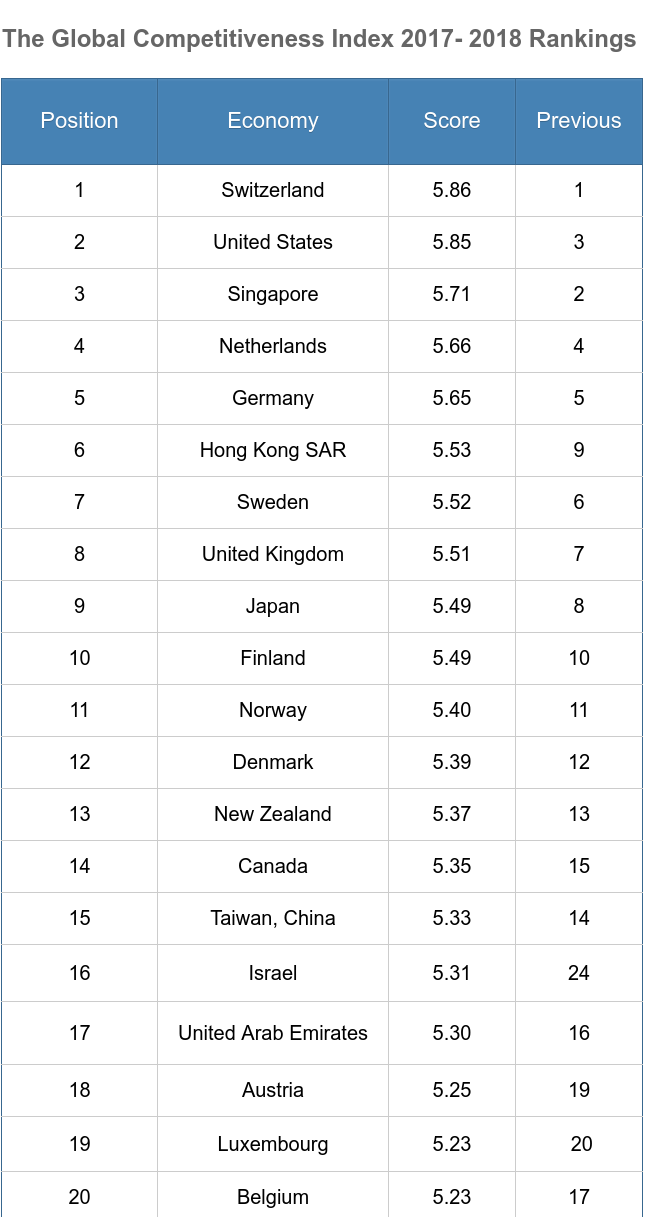 Switzerland tops the Global Competitiveness Index for the second year running, while the United States jumps up a position to two and the United Kingdom drops a position to rank number eight, although it tops the measure of technological readiness. Israel is the biggest climber in the top 20, jumping eight places to position 16. The index covers 137 economies accounting for 98% of the world’s gross domestic product. 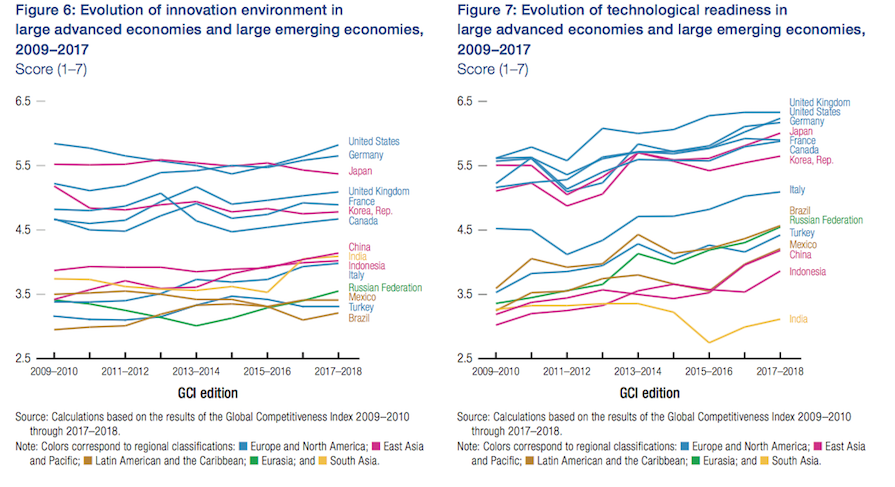 The WEF stresses that economic growth is important for human development and wellbeing. “Growth creates the resources needed for better education, health, and security, and for higher incomes. Although growth does not guarantee human development, there are no examples of countries improving the welfare of their populations without growth,” it says.

Innovation should affect competitiveness and raise productivity, but does not yet appear to be doing so