On leadership, diversity and flexible working: thoughts from a City ‘Power Woman’

After more than 30 years as a senior leader in financial services, including most recently as CEO for Barclays Wealth & Investments, Dena Brumpton is embarking on a plural career. In her first interview since making this move she reflects on progress in gender diversity, flexible working and the role of leadership 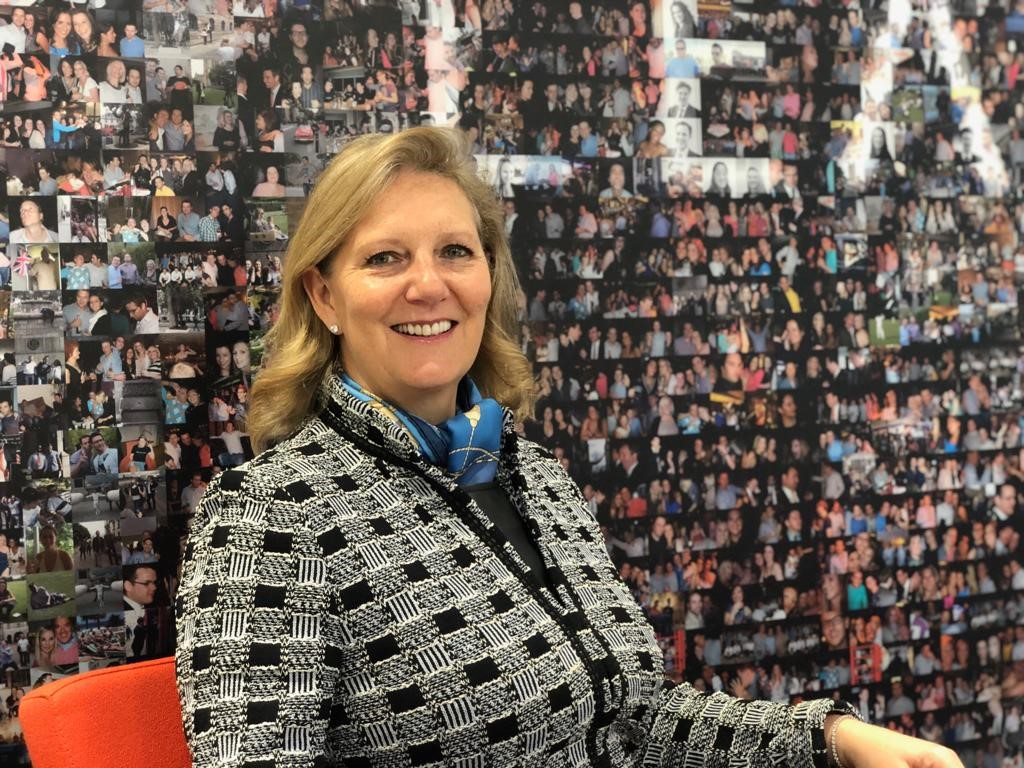 Dena Brumpton is somewhat unusual for a CEO. It’s not because she’s one of the few women who has worked her way up to the top in the generally male world of the City of London, achieving this via stints in institutional asset management, corporate banking, capital markets, investment and private banking at global financial services giants Citi and Barclays.

Nor is it that she describes the idea that women need to plan their career and put in milestones as “rubbish” and says that leadership “sort of creeps up on you”.

No, the reason Brumpton is unusual is that she held top positions while working flexibly. “I was probably one of the only CEOs of a business in the financial services industry that was working four days a week,” she says of her role as CEO for Barclays Wealth & Investments. “It sounds like a baby step but it was a really big deal.”

In her first interview since retiring from Barclays to concentrate on a plural career, starting with a role as non-executive director at human capital specialist Leathwaite, Brumpton shares her views on flexible working, whether organisations have progressed sufficiently in equality and what makes a good leader for the 21st Century with ThePeopleSpace editorial director Siân Harrington.

On remote working – make it seamless

“At Citi I was internationally-based but when I was in the UK I wanted to work Mondays and Fridays at home. I compensated heavily with technology. I made sure I was video connected and I had a full set of kit at home exactly the same as in the office. So, if people called, my secretary answered the phone and just transferred the call to me. People had no clue where I was. I even had a Citi backdrop behind me so when I was on a video people assumed I was in the office.”

The key to making a success of remote working is “to neutralise the things that will give people a reason for why you can't do it. You’ve got to take responsibility. It’s not just incumbent on the company to enable it, it's up to you to demonstrate that you can really make it work”.

On flexible working – make it clear from the start

“I had the opportunity to go to Barclays when I thought I was going to retire from Citi. It was my trial retirement and I realised that I wasn't quite ready for it. I was intrigued by going to Barclays and thought it would be nice to finish my career working for a British bank in the UK.

“If I look at my motivations for wanting to retire from Citi it was that I was exhausted. I'd been travelling in a global role, spending at least a week a month in New York, then a week somewhere else in the world, so I was away from my family and I have two young children.  All of those things led me to this decision of giving up work when actually I didn't really want to give up work, I just wanted to give up that life. So, when I went to Barclays I was very clear what I was prepared to give to my career at that stage.

“When you get to a senior level, it is a seven-day-a-week mission. It's very difficult to have a flexible working week to allow for things like child-care because, if you're a senior executive, you have to be there regardless of what's happening. But I knew that I wanted time for me and time to do other things in my life. So, I was rigid with Barclays in saying I wanted to spend three days a week. Okay, so I ended up with four but I would imagine that if you spoke to any of my colleagues they probably had no clue that I was actually doing four days a week because I would try and make everything seamless.”

On women in work – close the societal gap

“Sometimes we have to take a little bit of a step back. After all, it’s only 100 years since we've been able to vote. So, if I look at the last three or four generations of women in work, we've had a massive impact on our industries. My mother and grandmother couldn't have even aspired to get to where we have. There is now an ambition that everybody is able to get to the top of their game. So, we shouldn’t beat ourselves up too much.

“However, my mother is my biggest advocate and also my severest critic. She will always say to me ‘I'm so proud of you but I wish you had had more time with the children’ and she would never say that if I had a brother.

“I don't want to focus too much on women but it's still more socially acceptable for men to take the backseat in a family, it's still more socially accepted for a woman to give up work to look after the children. The school gate is very difficult for men. The women don't want to invite you for coffee with them and you probably wouldn’t want to go. These social norms haven't levelled themselves out yet. We have broken huge amounts of glass but I think it's just going to take another couple of generations to work all this this through and close the societal gap.”

On gender diversity in the workplace – empathy is not enough

“I think companies have been quite slow to adjust their business models to allow for all kinds of diversity. Yes, we know it's important and yes, we get that the diverse workplace is the way forward. But then we haven't changed how we offer work nor how we help people to quickly adapt. So, we’ve said we will be empathetic in your plight rather than we will change our business model to accommodate you. Empathy is fine but empathy should drive change.

“However, as a woman, you do have to give more than male colleagues may have had to because you've had that scrutiny of society and society still hasn't quite caught up with the opportunity that  is available now. So, for once, companies are ahead of society in tackling the issue.”

On leadership – judgment, pivoting and authenticity

“I see leadership as something that creeps up on you. Early on your career is about learning skills and technical competencies and how to do your job. As you get mid stage in your career you learn to supervise and manage and that's a really key stage because people just assume that you can supervise and manage people and it's the most difficult thing that we ever will get to do.

“It’s about overlaying judgment because you can be an inspiring leader for a while with bad judgment but if you're going to prevail and be an inspiring leader for the long run you've got to exercise good judgment. So those leadership skills start to emerge as people start saying, actually she knows what she's doing, I do like what she's saying, I want to follow her, I will go the extra mile for that person

“But I also think leadership is about being dynamic – knowing when you've taken the wrong path and being able to pivot. Pivoting is critical because there's no one strategy that any company can follow. You've got to know when to pivot and move forward in a different direction and sometimes moving backwards is fine.

“What is also critical is to be open and honest with your people and for me it's been about being authentic. When I made the transition from Citi to Barclays I sat myself down and asked what type of leader do I want to be at Barclays? Do I want to be  a more numbers based, results-oriented leader or do I want to be an inspirational leader? Do I want to be someone with a ‘tough no’ approach? Then I realised that I can't be anything other than who I am.

“So, I tend to wear my heart on my sleeve and to have open dialogues and open relationships with the people that are around me. A lot of leaders tend to surround themselves with people that look a lot like them and then they don't get particularly diverse views and opinions. I show my vulnerabilities and try to hire people around me that have different vulnerabilities. I think that has paid me back in spades because people know what they get from me.”