It’s all about the organisation, not individual, and agility is the name of the game

Too often people leaders focus their strategies around the individual, from performance management to reward. Instead they need to look at the organisation itself if they are to get a sustainable performance advantage 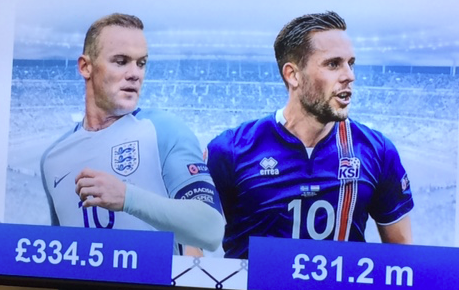 There’s only one truism if you are an England football fan and that is that you are going to have your hopes dashed. And never was it more painful than in Euro 2016, when the England team was knocked out after a humiliating defeat to Iceland.

How could this be the case? The England squad was full of top talent yet soundly beaten by what had been viewed as an inferior team in a major national embarrassment, particularly as the UK had just four days earlier voted to leave the European Union. Plus, the combined investment in the members of the England team was £334.5m while the Iceland team was just £31.2m. Surely this investment in talent should have paid off?

The answer, suggests Corporate Research Forum’s research director Gillian Pillans, is in the focus on the individual members of the team rather than the context in which they are working, and this is a common mistake in organisations today.

“What is the value in developing great talent if the environment stifles it?” she asked a group of HR directors this week at an event organised by Tap’d Solutions, explaining that average people can do well in a great organisational environment that encourages them while capable people often find themselves in an organisation that stultifies their performance.

Improving the context of the organisation is key to sustainable success, Pillans stresses. This means taking a ‘whole workforce’ approach and looking at leadership, values, an appropriate structure, clear talent management processes, an environment of openness and extrinsic motivations.

Key to it all is having an agile approach, one characterised by the ability to make timely, effective and sustained change when and where it provides a performance advantage. Yet only 17% of companies surveyed by Corporate Research Forum can be described as agile. Those that are have proved to have sustained, above average, profitability over a relatively long period of time, as well as a history of successful organisation changes including changes in differentiating capabilities. They also possess four agility routines, says Pillans:

1. Strategising
The strategy in agile companies is not a fixed document gathering dust on a shelf. Instead it is purpose driven and dynamic with less emphasis on financial metrics and the commitment to execution is managed well

2. Perceiving
Agile companies have a sense of the external world and are not inward focused. They monitor their environment to sense changes and rapidly communicate these perceptions to decision-makers who interpret and formulate appropriate responses

3. Testing
Agile companies have unique approaches to setting up, running and learning from experiments

4. Implementing
Agile companies have the ability and capacity to implement both incremental and discontinuous change

“Agile organisations tend to be flat and have as many people as possible facing the external world,” Pillans explains.

What does this mean for people leaders? They have a huge opportunity to take a leading role in helping the organisation become agile but most need to invest in themselves first if they are to bring the outside world in.