An unhealthy or rotten culture can have a significant adverse impact on an organisation’s future, the UK's Chartered Institute of Internal Auditors recently warned. The problem, says clinical psychologist Anna Eliatamby, is there are few methods to systematically look at, and for, the negatives in leadership and organisations. She discusses why organisations ignore the negative and what they can do about it 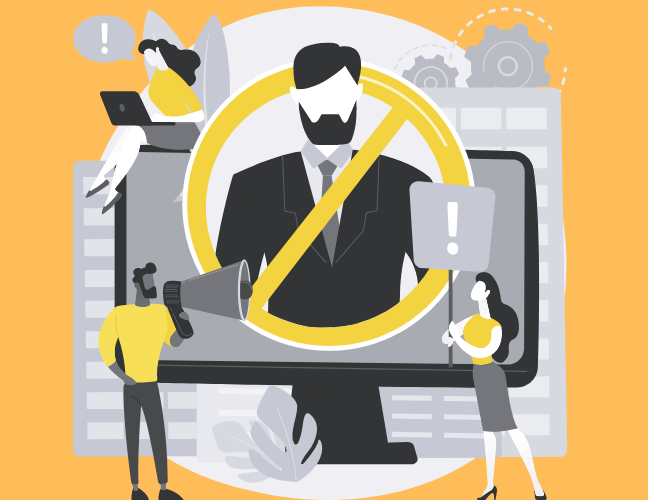 The smallest unit of an organisation is two people talking. Therefore, small and large groups of people create and maintain cultures. The range of cultures varies from compassionate and inclusive to benign neglect of toxicity to malignant neglect and absolute destructiveness. And toxicity often includes a poor approach to diversity. There will be cliques and indirect discrimination.

Damaging cultures continue and persist even when we know of them. Both across an organisation and sometimes only in certain parts of it. In a positive culture, there was a department head known for her bad temper and domineering attitude. Colleagues would first check, with her administrator to see what mood she was in before going into talk to her.

How and why do we ignore negativity? By tacit and overt permission

It is common that organisations do not tackle individuals who use damaging behaviours to control others to get the work done. The range of behaviours used comprises direct and indirect actions, including shouting at someone to implying that they are incompetent when they are not. It is the rare manager or director who will, with courage and compassion, talk to the individual about their negative actions and then support them to change.

And so we ignore the negative in the person and the culture. This feeds into our natural limits for paying attention because of the massive volume of data that we receive at any one moment. And the stress that occurs if we work with or manage someone who is destructive can exacerbate our tendency to ignore.

At its most extreme ignorance turns into wilful blindness, again a tendency we all have – failing to acknowledge what is right in front of us.

Sometimes we suppress our emotions and responses if we work in an awful culture. This may well be the only way in which we can survive, especially if we lack power or courage. Destructive individuals can also manipulate, so that our thinking of what is acceptable is skewed. People adjust and normalise the awfulness so that they can cope.

Through fear we can fail to report such behaviours and cultures. Because of a fear of reprisal we may not complete surveys. Leaders sent a manager who bullied on a leadership programme and they instructed his subordinates to complete a 360 assessment. He wrote to his staff, saying that they had to respond as part of their appraisal. How do you think they rated him?

Toxic individuals often recruit, internally or externally, others like them to perpetuate the negative. They want to keep the power they have, and it helps them feel secure. The group then builds an atmosphere of intimidation and domination.

Those in power may misuse the organisation’s infrastructure, ie human resources and internal justice systems. For example, the head of ethics, a good friend of the chief executive, could share confidential information. Staff will not use or trust these systems and so the negativity continues. Some organisations may not have a sufficient system in place or just not have one.

Naming and addressing the negative

We are expert at ignoring the negative and destructive, even with incontrovertible evidence. And we have done this for many years, even though we know that toxicity damages those who are targets and work in destructive cultures.

We need to stop being benign or malignant and verbalise what is in front of us. We must name the toxic and destructive. This requires personal courage and a willingness to take positive risks to make a significant difference. A good motivator is to think of the  people  affected if you don’t do something. Don’t we have a moral obligation to use our power and expertise to help them?

Acting requires owning and recognising that we may not have done enough and forgiving ourselves. Then we can work out what to do next. These steps must address the central core issue. Here are some suggestions:

Helping the person with toxic behaviours

Once you have clear evidence, work out how you, or the person’s manager, will help them change. Ask them to identify their positives and strengths. Meet at a convenient time when they will feel safe enough to talk. Choose one or two incidents, ask them for a rationale for their behaviour and to consider its impact on the recipients. Inform them you would like them to change and become more professional.

Based on this, ask them to let you know what they will do differently in a sustained way. They will need help and support to change and maintain the new, especially when stressed. Someone who had been domineering was ashamed after learning about the effect of their behaviour. They made genuine efforts to change and inclusively chaired a meeting, except for the last fifteen minutes when they were under  time pressure. However, they apologised later and used the experience as a learning opportunity.

Helping those who have worked within toxicity

They are very unlikely to trust you. Ask them to share their views and perspectives on the negative and positive and what they would like you to do. They may be unwilling to speak and so you may need to provide opportunities for anonymous reporting, especially if there has been intimidation and discrimination. Ensure those to whom you allocate this responsibility are objective. A manager held a focus group asking for staff views on the toxicity that was present. He listened and then summarised, saying that little of what staff had said was true and that people had just been emotional and biased.

Tell them you want more collective accountability. with the negative addressed and the positive promoted. Ask for suggestions. Follow up with modelling what you expect and introduce actions to change the culture. Request staff to act to help reinforce this, as this will lead to a change in mindset. For example, using more positive words to describe each other and gossiping less.

Help everyone to look after their health and wellbeing. Make sure that people feel safe at work. Find ways to also look after your own wellbeing,

Ensuring that the organisation’s infrastructure works

Look at how human resources, policies and internal justice systems function. Are they trusted? Make the needed changes with relevant individuals. Introduce staff representatives at all levels so that there is live communication between leadership and staff.

Support leaders to learn how to better manage and guide their staff. Encourage managers to discuss culture and address any frustrations that may arise in regular team meetings and supervision.

We have a responsibility to each other to prioritise the positive and remove the negativity in a healing way, by replacing it with good, not just leaving a hole so more negativities can enter.

Anna Eliatamby, pictured below, is a clinical psychologist, workplace wellbeing expert and editor of Healthy Leadership and Organisations: Beyond The Shadow Side 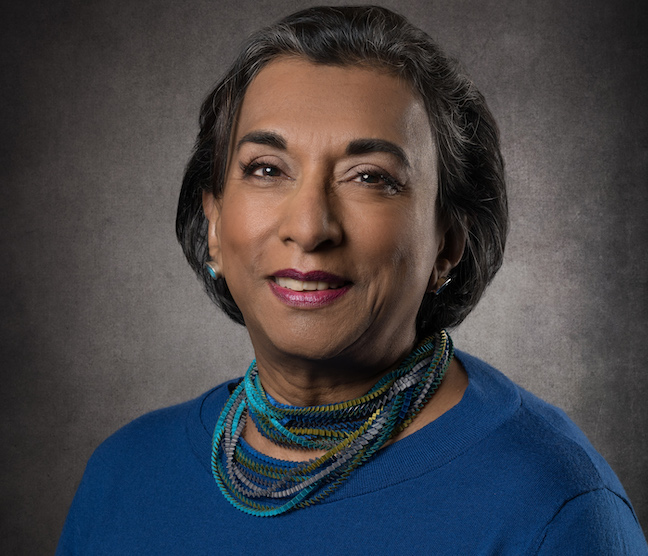 Published 4 May 2022
Behaviours
We are expert at ignoring the negative and destructive, even with incontrovertible evidence. And we have done this for many years, even though we know that toxicity damages those who are targets and work in destructive cultures
Enjoyed this story?
Sign up for our newsletter here.
WANT TO GET FUTURE FIT FAST?
Sign up for our FREE newsletter!