How does technology relate to your success? Infographic

A survey of 1,000 working professionals looks at the role tech plays in their routines, device preferences and social media usage

It’s well known that Steve Jobs and Bill Gates kept close tabs on their children’s use of technology. In fact they hardly let them use the very technology they invented.

Now the folks at career advice website ResumeLabs have produced some fun research on how self-identified success relates to 1,000 working people’s technology habits. In Tech Habits of Successful People the company looked at how these people interact with everything from laptops and social media to digital home assistants. Here are the results in a series of infographics:

How do you define success? 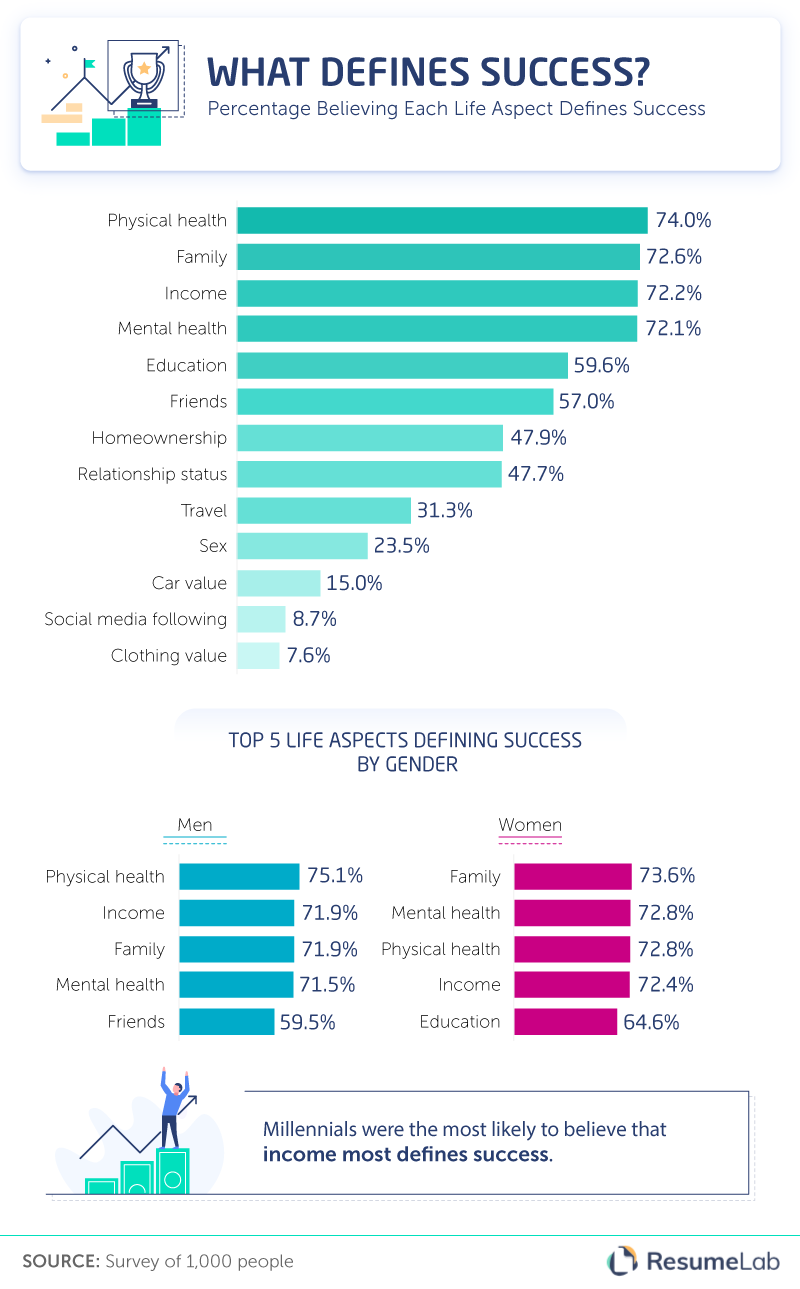 What are your tech habits?

Among people who self-identified as highly successful, some tech habits were more common than others. More than half of accomplished respondents said they charged their technology while they slept, and nearly as many kept their desktop free of clutter. Other tech habits linked to more successful personalities included running anti-virus software and taking breaks from social media. More than one in five highly successful people avoided screen time before bed. 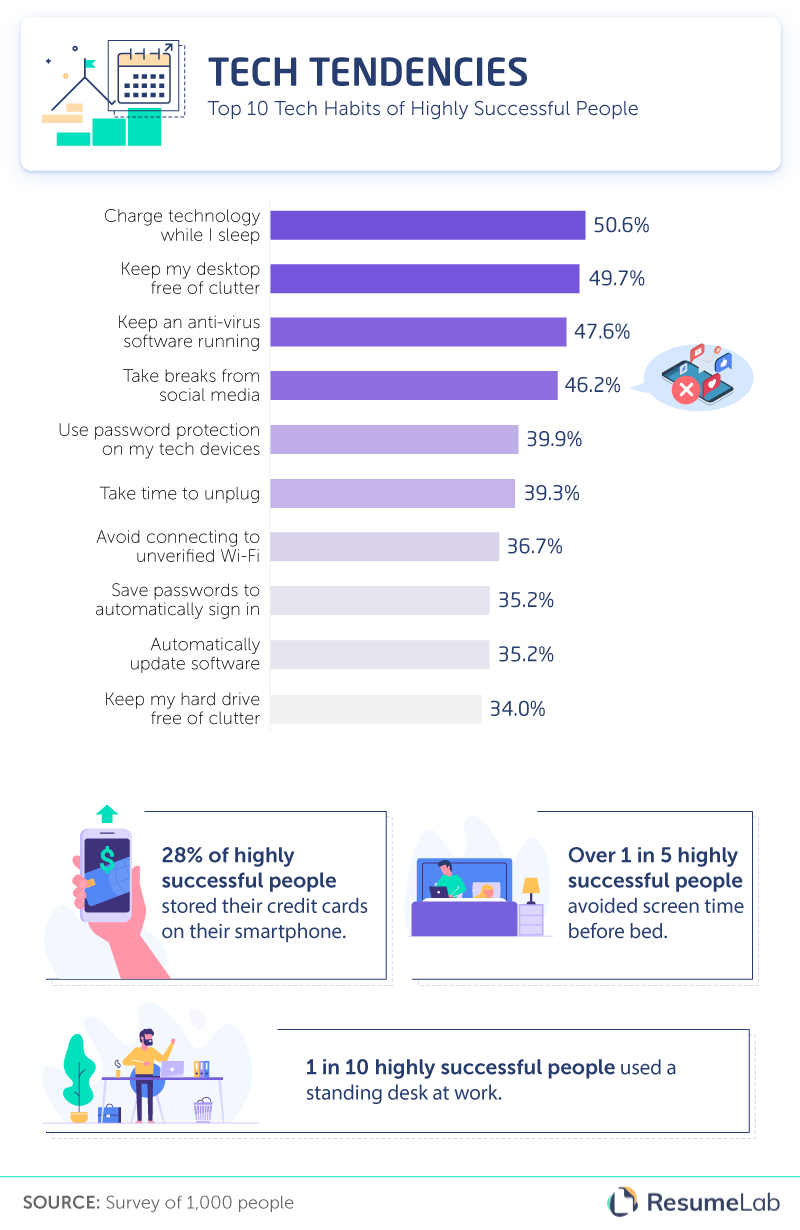 Social media, not so bad after all

Despite concern that social media might be a major distraction, employees who interact with social media at work are more productive than those who abstain while at the office, says the research.

More than half of highly successful people – including over 55% of men and nearly 49% of women – admitted to using social media during work hours, though not for work-related purposes.

More than four in 10 successful people use productivity applications to track and monitor task statuses, daily to-do lists, and long-term goals. Highly successful people are also more likely to use Microsoft Office compared to G Suite (including Google Docs and Sheets). And while just 15% of highly successful people report using Slack (the professional communication tool), those who did use the app spent an average of 32 minutes on it each day. 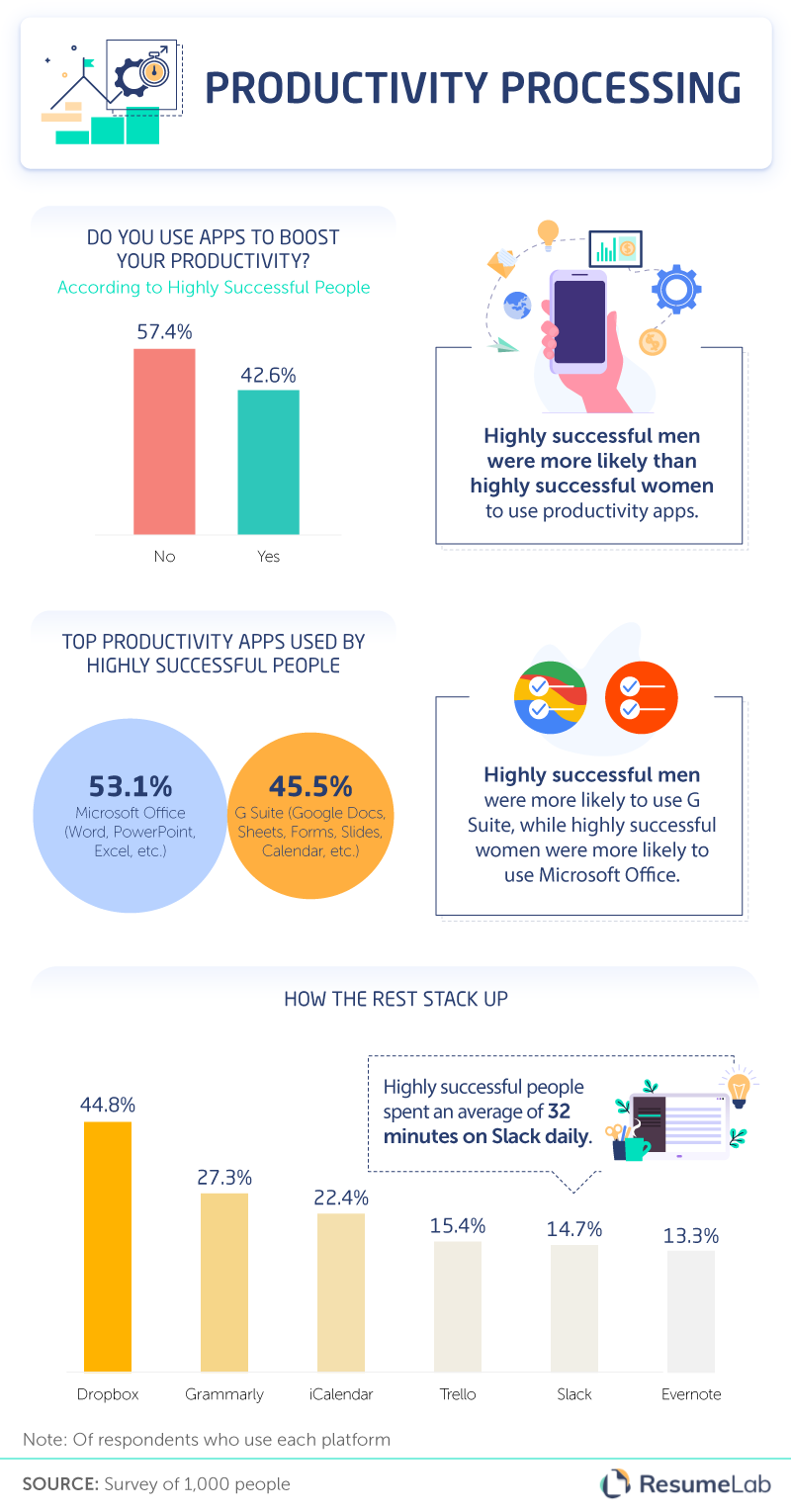 ResumeLab surveyed 1,00 people via Amazon's Mechanical Turk. Respondents were 52.1% male and 47.9% female. The average age of the sample was 36.