From internal communications to thought leadership marketing campaigns, good writing is becoming important again. Given this, shouldn’t we train our staff to write well? Robert Kelsey, best-selling author of Writing Well for Work and Pleasure, spies a new role for HR

Few things seem more counterintuitive than the notion that strong writing skills are a must for the modern workplace. Junior colleagues communicate with each other and even with clients and suppliers using Microsoft Teams, WhatsApp or Slack – all instant messaging systems where brevity and speed of response matter. Grammar and syntax are sacrificed. Eloquence doesn’t get a look in.

Meanwhile, in sales and marketing the zeitgeist is digital and visual, which usually translates into videos, podcasts and infographics. No one wants to read boring text, marketing sages will opine (or any text, come to that): tired eyes want relief from reading. They want images and sound, memes and reels, not words and more words.

Juniors under 30 even find email a struggle – seeing it as a clunky formalised medium that’s really only useful for messaging the over 40s or applying for new jobs. Text, where it’s a must (perhaps on a PowerPoint), is reduced to bullets in note form with conjunctions removed and verbs sacrificed.

In this environment, one would think, strong writing skills are about as useful as the proverbial chocolate teapot. Yet one should think again. The power of writing is probably the most important skill we can gift employees. For a start, it’s universal: a skill that matters across sectors and functions – as well as across generations and geographies.

Good writing stands out. It lifts communication between people, making interaction a pleasure not a chore. And it gets people noticed. Write well, and it’s your views that matters, your ideas that are adopted, your name that’s mentioned in the C-suite. What’s more, it’s a skill employees will take to their grave, making them forever grateful to those that taught them the craft – including the HR officers that added a writing module to their training schedules for new employees.

And finally, there’s the notion that writing, far from falling out of fashion, has become the hot-money marketing trend, thanks to LinkedIn posts and other thought leadership tactics such as blogs and commentary articles posted in trade and professional publications (such as this one).

So how can we lift our writing to the next level without returning to school to remind ourselves of the basics? And how can we overcome the fear that  many people experience when asked to grace the keyboard with an 800-1000 word article on a particular topic?

Angle, content, structure, style. That’s the order. And it’s in the ignorance of that order that most writing tasks fail. Too many approach the task fearfully because they obsess about the last element – style – which shouldn’t feature as a concern until all the other steps are complete.

Angle – what’s our point, our take, our message? Clear and obvious angles – captured in one sentence – are best. The angle should run through any piece of writing like the word Brighton through a stick of rock. Every sentence and certainly ever paragraph should be answering the central conundrum set by the angle. And remember, all angles should be 100% focused on our intended audience. If not, we’re either targeting the wrong audience, or have the wrong angle.

Content – what’s in and what’s out? Researching the facts and figures for our piece is obviously predicated on the angle, though – beware – it may challenge and even change it. Sure, the point is to gather information that supports our argument, but we cannot ignore information that could undermine it. It’s a sign of confidence to field rather than avoid counterpoints.

Style – finally, let’s get writing. Those 12-16 points can even start life as bullet points, though soon need to be converted into written passages to create our “dirty first draft”. Even now syntax, grammar, punctuation and prose are secondary concerns: just get the information down correctly and in the right order. Once done, check the order, using pithy but generic crossheads to divide the sections when satisfied. And then rewrite and rewrite again – spotting places where flabby text can be rendered taut and sharp.

Other tricks – such as tricolons (rule of three – as in the para 5 example above), epizeuxis (repeating words for emphasis – as with ‘tinker’ above), epistrophe (ending sequential sentences with the same word), as well as segues that link sections and alliteration within passages to create rhythm are also worth exploring, though go easy. This is a professional piece, so your inner James Joyce needs to stay under control.

Finally, write the opening para, the headline and standfirst. Use the inverted pyramid to write the opening para – capturing the angle and critical thrust of your argument as succinctly as possible before reproducing that in the fewest number of words for the headline (maybe also inverting the sentence and using a thesaurus to replace the longer words with short ones).

And don’t bother with a conclusion. End instead on a ‘what’s next’ one-liner or a single-sentence jeopardy for those ignoring your core message. It can even include a cheeky (and your only) explicitly promotional note.

Of course, there’s plenty more advice in my book, all aimed at helping executives convert their fears into the strong content that can transform their communications and lift their careers.

Robert Kelsey, pictured below, is a former journalist and editor and bestselling author. His new book, Writing Well for Work and Pleasure, is out now 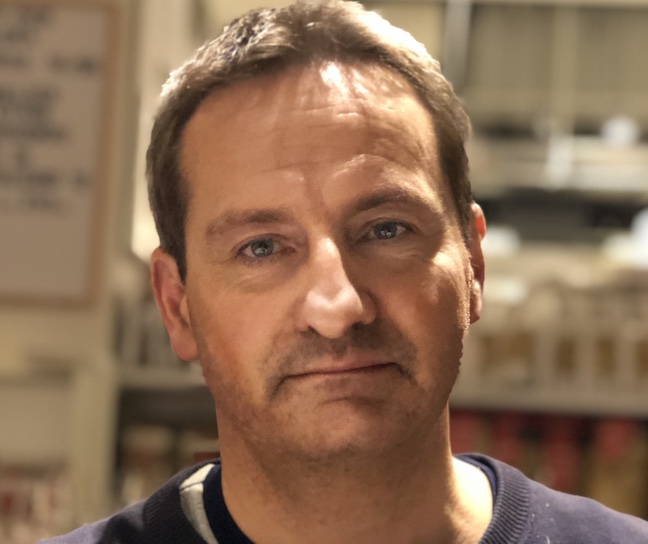 Published 14 March 2022
The power of writing is probably the most important skill we can gift employees. For a start, it’s universal: a skill that matters across sectors and functions – as well as across generations and geographies
Enjoyed this story?
Sign up for our newsletter here.