High performers should carefully evaluate any concept that’s marketed as a quick and easy way to improve performance, says talent expert Marc Effron in the second of two articles for ThePeopleSpace on the proven steps to high performance 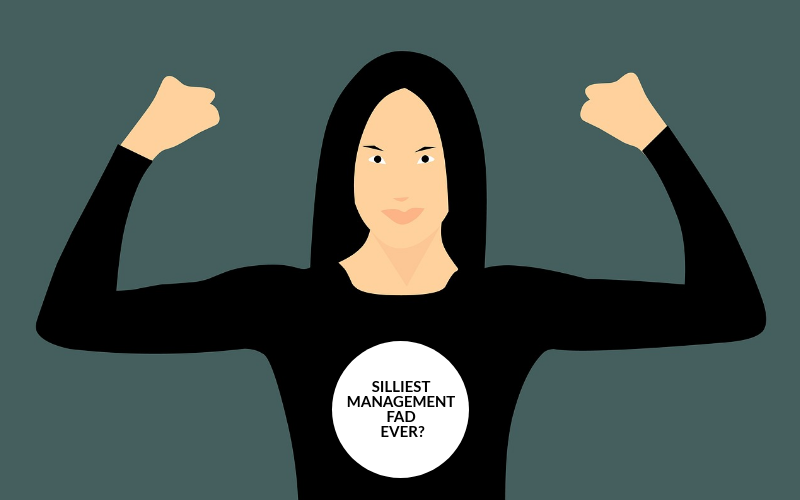 In Four high performance fads to ditch right now, Marc Effron, founder and president of The Talent Strategy Group and author of 8 Steps to High Performance: Focus On What You Can Change (Ignore the Rest), revealed four popular fads based on questionable management advice, where they are wrong and what you can do instead if you want to improve your performance.

In this second article, Effron cuts through the noise with his 'science-based simplicity' approach to discuss three more fads, and offers an alternative approach to show you how to optimally apply your time and effort to boost your performance.

1. Behave for Results, Not Necessarily 'Authentically'

It seems difficult to argue against being an 'authentic leader' if the alternative is to be an 'inauthentic leader.' Maybe that challenge is what has allowed this idea to gain traction among leaders and consultants.

The concept started with the best-selling book Authentic Leadership, which stated that corporate America was in a leadership crisis and that more authentic leaders— open, self- aware, genuine— were needed to bring the country forward. After leading academics at Stanford, INSEAD and Wharton business schools attacked the concept, the book’s author said: “The essence of authentic leadership is emotional intelligence.” As you read in my previous article, that suggests that authentic leadership is built on the already shaky foundation of EI. In addition, an authentic leader wouldn’t deliberately fake some leadership behaviors, even though science suggests that it’s both possible and desirable to do that as you evolve as a leader.

WHAT TO DO INSTEAD: The advice of 'know yourself to be a better leader' is certainly helpful, but don’t pretend that the unfiltered you is what people always need to see. It’s much better to understand if what people need from you in a situation is different from the genuine you and do your best to perform in that way. Step six in my book, 'fake it', provides guidance on why and how to do that.

2. A Growth Mindset Is Great— for Children

The 'growth mindset' concept is the darling of Silicon Valley types who believe that it is the key to success. According to the book Growth Mindset, someone with this mental attitude believes that we can always increase our intelligence, while those with a “fixed mindset” believe that we are who we are. If you just change your fixed mindset to a growth mindset, you’ll be capable of anything, according to fans of the concept. They also claim that having a growth mindset is the only way to increase performance, even though the author’s own research shows that other mindsets work too.

The author’s original studies to justify this concept are quite interesting and applicable— to children. The book’s primary research was conducted in school classrooms with young children, not on adults with fully formed brains. Children’s brains are still pliable and growing, so kids can become more intelligent (increase their IQ) when they’re kids, but intelligence becomes largely fixed when you’re an adult. No matter how hard adults try to meaningfully increase their IQ at age 35 or 40, they can’t do it. There’s also a fixed 50% personality component to whether you naturally have a growth mindset or not. So that, plus an unchanging IQ, means that being able to shift to a growth mindset is a significant challenge and far more difficult than saying “I think I can.”

WHAT TO DO INSTEAD: If you want to accomplish more than you thought you could or break through a performance barrier, follow the advice given throughout Eight Steps and start by setting big, challenging goals. You’re not going to become more intelligent because you do this, but you will likely achieve a lot more than if you just try to change your mindset.

3. Power Posing Is Perhaps the Silliest Management Fad Ever

Launched like so many fads, with a scientific paper and a TED talk, power posing emerged from research that showed a boost of testosterone occurs when someone stands in more aggressive postures. The authors claimed: “High- power posers experienced elevations in testosterone, decreases in cortisol, and increased feelings of power and tolerance for risk; low- power posers exhibited the opposite pattern.” In other words, if you just stand the right way, you’ll feel ready to take on the world.

That sounds cool, but it’s 100% untrue, according to one of the article’s co-authors, who came clean about the experiment, and to other scientists who tried and failed to replicate the original research. That hasn’t stopped more than 16 million people from watching the TED talk, or the power- posing concept from seeping into the category of urban legends.

WHAT TO DO INSTEAD: Just stand any way you want to— it doesn’t matter.

How can I separate the facts from the fads without a PhD in psychology?

I hear this question often; while it’s not always easy, there are a few things to try. Start by referring to the framework in the introduction that describes research, science, and conclusive science. That will help you recognize that not all claims by people with a PhD after their names are necessarily true.

Ask those who make these claims for proof that their concept is scientifically proven, and ignore them if the proof they offer is a reference to name-brand companies (Google uses this, so it must be right), to personal experience (this has worked for me at four different companies), or to nonscientific articles (Vanity Fair had a great piece on this last month). Be a skeptical consumer and realize that things that sound too good to be true likely are.

It’s great to keep an open mind to potential new ways to increase your performance. Your open mind should also be a skeptical mind that demands proof that something works and perhaps doesn’t rush to be the first adopter. We already know so much about human performance that it makes sense to execute what’s proven to create high performance, rather than hope that someone will discover a magical new path. That huge body of existing evidence about performance also means that anyone who claims to have discovered something new has a very high bar of proof.

My company told me to use one of the fads you listed. What should I do?

You should be a good corporate citizen and follow along, unless you’re in a position to argue against the tool, book or product. Consider the results of that assessment with a skeptical eye.

19 September 2018. Marc Effron is founder and president of The Talent Strategy Group and author of 8 Steps to High Performance: Focus On What You Can Change (Ignore the Rest). This extract is reprinted by permission of Harvard Business Review Press
Growth Mindset
Authentic Leadership
HR effectiveness
HR Fads
Enjoyed this story?
Sign up for our newsletter here.