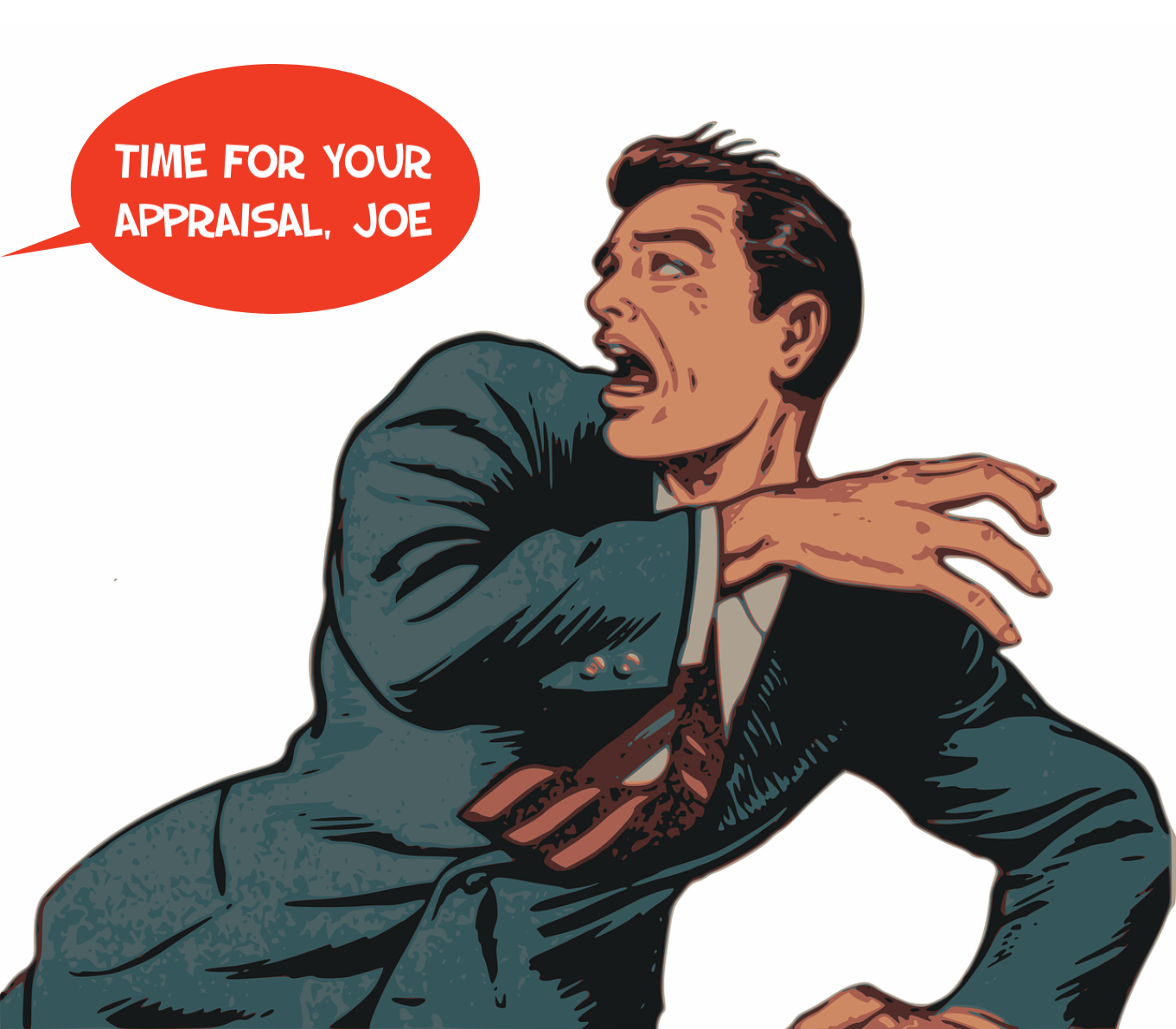 Everyone hates appraisals. They are costly: Gallup research suggests the cost of lost time spent on performance evaluation ranges from $2.4 million to $35 million a year for a firm with 10,000 employees.

They are ineffective at predicting performance: according to Wharton School’s George W Taylor professor of management Peter Cappelli, only 27% of next year’s appraisal scores can be predicted or explained by this year’s scores

They are disengaging: by default, most of us will be average, but 80% of us believe we are better than that so are not best pleased to get a ‘3’

Companies have been experimenting with new approaches and moving away from the traditional system, a system Cappelli calls the Santa Performance Appraisal  – Have you been good this year? What would you like then?

And they are biased: the most likely predictor of a higher score is if the appraiser and appraisee are similar

Top of the agenda

It’s no wonder the redesign of performance management is a high priority for 79% of executives, according to Deloitte. It says 89% of surveyed companies are reforming appraisal systems.

From removing forced rankings from the annual appraisal or even dispensing with the appraisal altogether, to training managers to have regular feedback conversations (the so-called ‘check-in’ adopted by tech firms such as Adobe and IBM), companies have been experimenting with new approaches and moving away from the traditional system – a system Cappelli calls the Santa Performance Appraisal (Have you been good this year? What would you like then?).

According to Deloitte’s Human Capital Trends 2017 report, 90% of companies that have redesigned performance management have seen direct improvements in engagement, 96% say the processes are simpler and 83% say the quality of conversations between employees and managers have gone up.

However, there has been some high-profile backtracking since the heady days of global corporations announcing they were dropping performance appraisals altogether. As Cappelli says: “Taking away formal appraisals and doing nothing else is worse.”

Sticking with your old approach is a bad option

But companies that are not looking to overhaul their approach need to be careful, he adds. Business drivers such as collaboration and teamwork, agility and the need to develop talent in light of tightening markets make the traditional performance management process unfit in many cases.

“The agile manifesto means more project-based work at the expense of annual business cycles. There is a priority on feedback and conversations as annual goals are replaced with shorter-term priorities. The idea of having one conversation at the end of the year is silly, as lots of projects don’t go on for a year,” he says. “Meanwhile, there is a return to an emphasis on people development as the importance of growing your talent increases, especially in knowledge work areas.

“Performance management used to take a developmental approach but changed to one that holds people accountable. Now we want it to do too many things: assess past performance and tie rewards to it, improve performance next year and plan the development path. But the assessing gets in the way of discussing improvements – you can’t talk about people’s development when you are holding them accountable for last year’s performance.”

This resonates with Roffey Park Institute, which calls for a rethink of the performance management agenda in its Management Agenda 2018 report. “Perhaps we should focus more on ‘developing performance’,” it says. “Performance management may be too complex. Maybe in this dynamic and ever-changing world we need to simplify matters and simply ask ourselves: is this person doing a good job? How could I help them do it better?”

The vital ingredient that makes new approaches work is support from the top. “This is a change in culture that substitutes feedback for rules,” Cappelli says. “It’s a different ideology, a fundamental shift in the way you look at employees. The push must come from the top and be driven by the business reasons for doing it, such as agility or learning”

New technologies are appearing to help facilitate regular feedback. These are not a substitute for a conversation but can initiate communication. Some apps enable you to see what you have talked about throughout the year, giving you that end-of-year record if required

Appraisals haven’t prevented discriminatory practices. While many companies feel numerical ratings provide objectivity to pay increases and promotions, this is not the reality. “Unless your numbers can show no discrimination, it’s worse to have scores. Putting a number on a subjective judgement does not make it objective, it only makes it more reliable,” says Cappelli

“HR didn’t like it, it meant more work,” one company said of its new appraisal approach. According to Cappelli, the greatest resistance to abandoning appraisals comes from HR itself. Often this is because of the legal issue but also because many HR systems and processes have been built around performance ratings. But this resistance is like saying ‘don’t deal with poor performers now’, says Cappelli. “This is not an HR-driven agenda, it is being driven by other business needs.” His advice to HR? “Don’t defend an old, universally loathed system.”

Appraisals
talent
Enjoyed this story?
Sign up for our newsletter here.