Learning from some of the biggest workplace failures of the last decade can help you ensure you don't make the same mistakes in the 2020s, says author and culture change expert Colin D Ellis 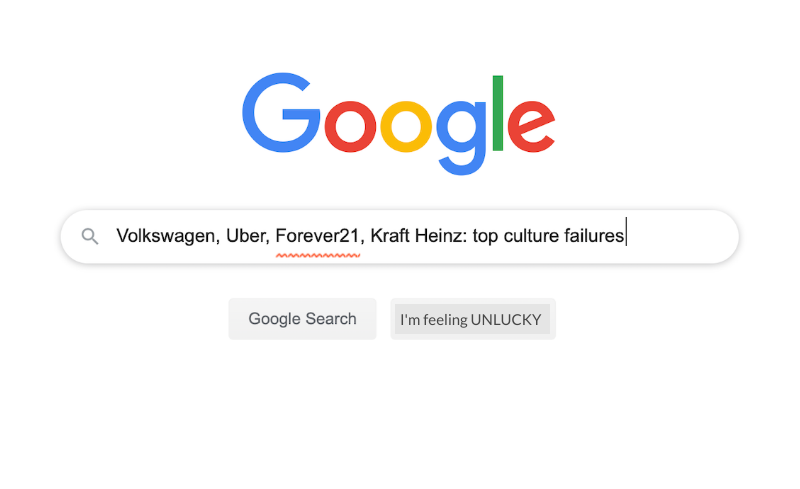 The end of any time period provides an opportunity to reflect; to assess all that was good so that it can be repeated and to take a long hard look at the failures. Those things that didn’t go to plan or else were outright disasters and take the learnings from them. Of course, it’s folly to wait until the end of anything to share the learnings as there’s a good chance they'll be repeated again in the intervening time.

However, for the benefit of this article I’ve assessed some of the bigger workplace culture failures from around the world in the hope that organisations can take something from them as they head into 2020.

This list is not in any kind of order, nor are workplace failures limited to just these five, but there are only so many you can read before it becomes a dispiriting exercise. So here goes.

An organisation’s values are statements of what the culture holds to be true and an agreement of how they'll work together. They provide emotional direction to those people that are part of the culture and are used to guide decision-making and behaviour.

In 2014, the values of Volkswagen were stated as customer focus, top performance, creating value, renewability, respect, responsibility and sustainability. Then in 2015 it was uncovered that in order to meet environmental standards around diesel fuel emissions, Volkswagen had modified the software on over 11m cars to falsify carbon dioxide emission levels. Thus going against their own values of responsibility, respect, creating value and top performance.

This decades-long falsification of results led to the resignation of CEO Martin Winterkorn and a worldwide investigation into its practices.

Learning: An organisation’s values can’t be statements that are created into posters, laminated and pinned up on the wall. They have to be specific to what the organisation is trying to achieve and importantly, be lived in plain sight by everyone within the culture. Otherwise it becomes a pointless corporate box-ticking exercise.

The #timesup movement was launched by a group of celebrities in 2018 to bring attention to workplace and public sexual harassment cases around the world. Far too many working cultures make excuses and use rhetoric, networks and decades-old 'locker room' talk to excuse the behaviour of their people – often senior executives and predominantly male.

Major technology companies have led the way in creating inclusive and diverse environments in which staff feel safe and kindness and fairness are held in the highest of regards. In 2018 however, news came to light of the details surrounding the departure of one of Google's senior executives in 2014. Despite finding the allegations of sexual harassment levelled against him credible, he was allowed to resign with a severance package of over $90m.

News of this led to a mass walkout by staff demanding that Google do more to address sexual harassment, gender equality and systemic racism across the organisation. The action continues to this day.

Learning: In order to create a vibrant culture of success then behaviours need to be agreed up front and senior managers (especially) have to role model them every single day. Unsafe working cultures cause anxiety and stress and lead to bullying and harassment. They have never been acceptable and individuals who do this to other humans should be removed without any compensation.

Uber has been one of the biggest success stories over the last decade, from a user perspective that is. Profitability continues to be an issue, and so does its culture.

Original founder Travis Kalanick built the company himself and surrounded himself with people who knew how to get things done. Empathy was low, tempers flared and people were routinely dismissed if they didn’t hit deadlines. Things got so bad that Kalanick was sacked from his position as CEO and the organisation still struggles to get its culture right to this day.

They’ve removed all staff perks as it looks to meet shareholder expectation and they’re finding that the culture has not evolved enough to entice its best staff to stay. Things may yet get worse before they get better for Uber despite new CEO Dara Khosrowshahi’s best attempts.

Learning: As the organisation grows it’s important that its culture grows with it. As Marshall Goldsmith once said: "What got you here, won’t get you there" and this is especially true of corporate culture. It requires a new vision, new set of behaviours and new collaboration principles as it evolves to meet the new challenges it faces.

But then in 2016 the new company wrote off over $15bn and announced that US regulators were investigating their procurement and accounting practices. In the intervening time, food habits had started to change and whilst cost-cutting measures had been undertaken to reduce duplication, nothing had been done to bring the two (very different) cultures together

Learning: Any kind of merger regardless of whether it’s 10 people or 100,000 people requires a new cultural definition, not just a rebranding exercise. Organisations need to retain what’s good about both cultures, whilst defining something new that everyone feels part of.

The financial woes of Forever21 (F21) started in 2017. Prior to that it had seen multi-million dollar revenue since its creation in the mid-80s. Revenue peaked at $4.4bn in 2015 and then the world started to change.

Regulators were examining the working practices of so-called ‘fast-fashion’ organisations and latterly there was a demand from customers for the organisation to become more sustainable.

Additionally, F21 failed to implement new digital technology to improve the in-store or online experience, didn’t embrace social media in the way that its competitors did and didn’t do enough research before moving away from traditional revenue streams and going after business and floor space that wasn’t suited to their model.

All of which led to them filing for bankruptcy in 2019, closing up to 350 stores.

Learning: One of the key pillars of any organisation culture is how it stays relevant to its customers. Time has to be created for innovative thinking. and it’s not about becoming the new Amazon. It’s about harnessing the ideas that staff have, keeping up with trends and leveraging technology to make the customer (and staff!) experience slicker.

None of these examples is new and this article could have been the top 500 culture failures of the last decade. Culture requires constant attention, specifically around the six pillars of personality and communication; vision; values; behaviours; collaboration; and innovation.

Only with continual investment into cultural definition and evolution can you ensure that you don’t end up on this list at the end of the next decade.

Colin D Ellis (pictured) is a culture change expert, an award-winning international speaker and a best-selling author. His latest book ‘Culture Fix: How to Create a Great Place to Work’ (Wiley £15.50) has seen him travel all over the world to help organisations transform the way they get things done 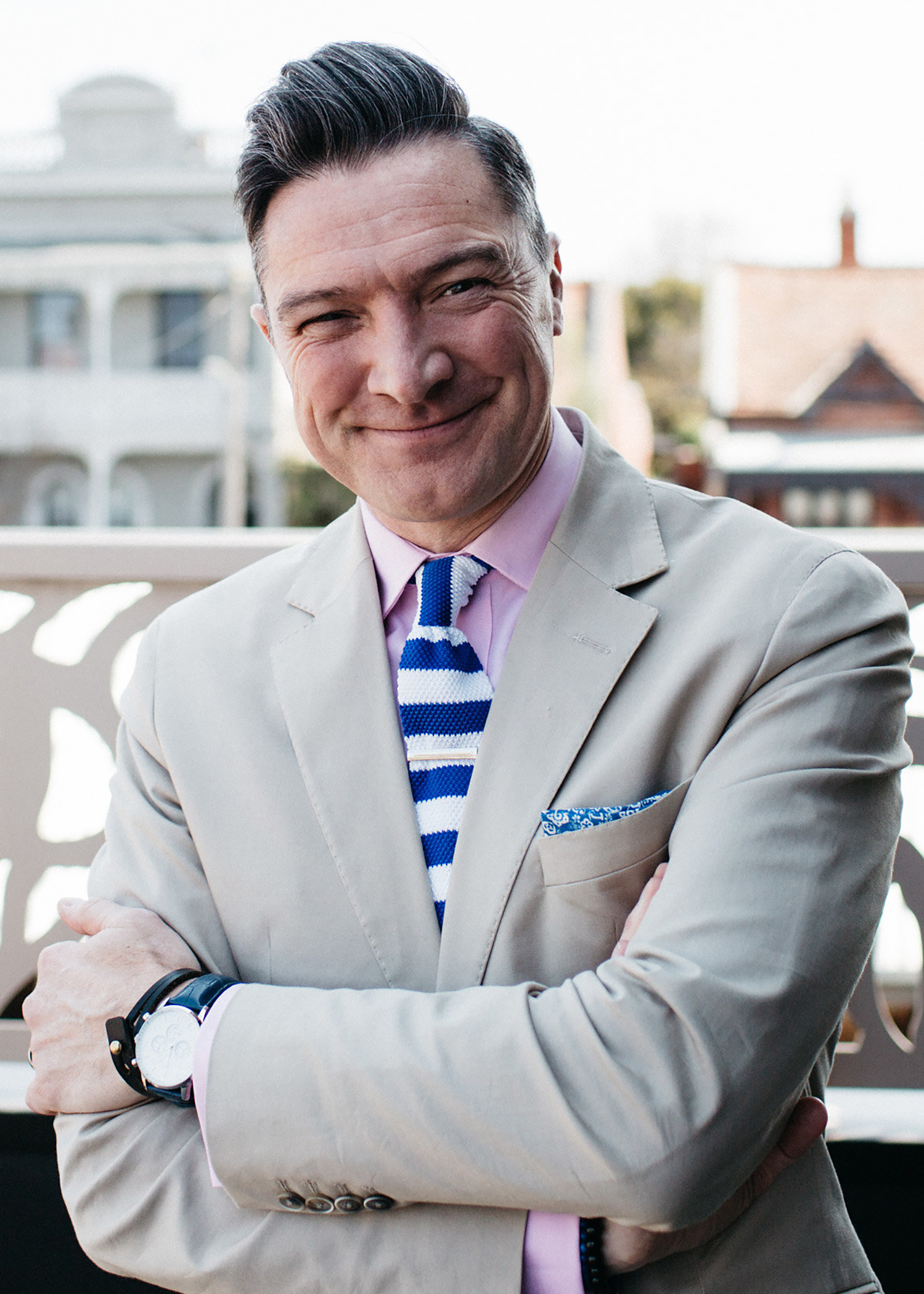 Total votes: 167
Enjoyed this story?
Sign up for our newsletter here.