Growing the pie: delivering both purpose and profit

Business just isn’t working for ordinary people and often results in the feeling of 'us' and 'them'. Such a 'pie-splitting' mentality views increasing value in one area as reducing it in another. And it's not just the public that sees value as this fixed pie – many CEOs do too. But, by applying a radically different approach to business, companies can create both profit for investors and value for society, says London Business School professor Alex Edmans 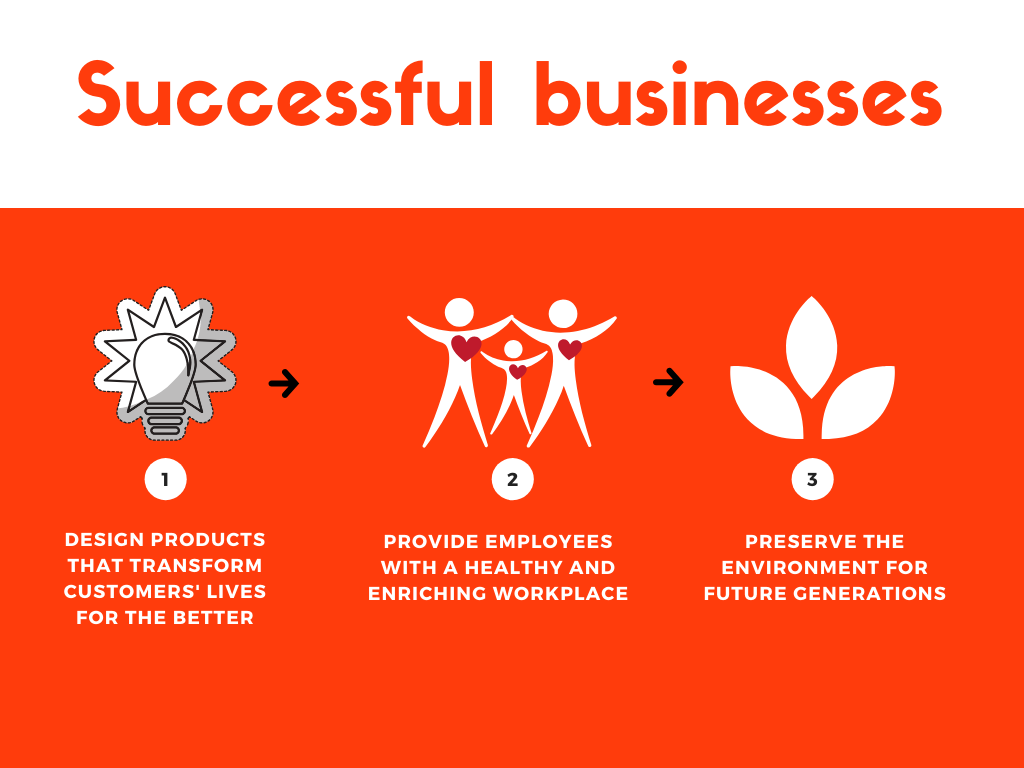 Capitalism is in crisis.

The consensus among politicians, citizens, and even executives themselves – on both sides of the political spectrum and throughout the world – is that business just isn’t working for ordinary people. It enriches the elites, playing scant attention to worker wages, customer welfare or climate change.

Citizens, and the politicians that represent them, are fighting back. The precise reaction varies: Occupy movements, Brexit, electing populist leaders, restricting trade and immigration, and revolting against CEO pay. But the sentiment’s the same. “They” are benefiting at the expense of “us”.

One study shows that companies that treat their employees fairly – as human, rather than resources – outperformed their peers by 2.3-3.8% per year over a 28-year period

While radical calls to reform business drum up significant support, they risk throwing out the baby with the bathwater and ignore the positive role that businesses can play in society. Successful businesses design products that transform customers’ lives for the better, provide employees with a healthy and enriching workplace and preserve the environment for future generations. Merck’s drug ivermectin has substantially reduced river blindness worldwide; Vodafone’s mobile money service M-Pesa has lifted 200,000 Kenyans out of poverty; and Google’s maps, search engines and shared documents make millions of lives easier each day. Moreover, successful businesses generate profits. Profits aren’t evil value extraction but serve a crucial role in society – providing returns to parents saving for their children’s education, pension schemes investing for their retirees, or insurance companies funding future claims.

Viewing business as “them” and society as “us” is an example of the pie-splitting mentality. It sees the value that a company creates as a fixed pie. Thus, any slice of the pie that goes to business reduces the slice enjoyed by society. Under this view, the best way to increase society’s take is to straitjacket business so that it doesn’t make too much profit. Sadly, the pie-splitting mentality is practised by many CEOs also. They think that the best way to increase profit is to reduce society’s slice, by price-gouging customers or exploiting workers.

Under the pie-splitting mentality, business and society are enemies. And the battle they’ve been fighting has been around for centuries. In the mid-19th century Karl Marx wrote about the struggle between capital and labour. Since then we’ve seen a pendulum swing back and forth between business and society. Think of the late 19th century robber barons who created giant monopolies such as Standard Oil; policymakers responded by breaking some up. Or the peak of trade unions in the 1970s, followed by legislation that caused their decline. Or the rise of big banks in the early 20thcentury which culminated in the 1929 financial crisis and their regulation by the Glass-Steagall Act – itself partially reversed since the 1980s, contributing to another crisis in 2007. Unless we can come up with another way, this movie will keep on being replayed.

But the good news is that there is another way.

By applying a radically different approach to business, companies can create both profit for investors and value for society. The pie-growing mentality stresses that the pie is not fixed. By investing in stakeholders a company doesn’t reduce investors’ slice of the pie, as assumed by some CEOs – it grows the pie, ultimately benefiting investors. A company may improve working conditions out of genuine concern for its employees, yet these employees become more motivated and productive. A company may develop a new drug to solve a public health crisis, without considering whether those affected are able to pay for it, yet end up successfully commercialising it.

Under the pie-growing mentality, a company’s primary goal is to serve society rather than generate profits. Surprisingly, this approach typically ends up more profitable than if profits were the end goal. That’s because it enables many investments to be made that end up delivering substantial long-term payoffs. A profit-focused company will still invest in stakeholders – but only if it calculates that such an investment will increase profits by more than the cost of the investment. Indeed, comparing costs and benefits is how finance textbooks argue companies should decide whether or not to take an investment.

But real life isn’t a finance textbook. In practice, it’s very difficult to calculate the future payoff of an investment. In the past, this was easier when investments were in tangible assets – if you build a new factory, you can estimate how many new widgets the factory will produce and how much you can sell them for. Most of the value of a 21st century firm comes from intangible assets, such as brand and corporate culture. If a company improves working conditions, it’s impossible to estimate how much more productive workers will be, and how much higher profit this greater productivity will translate into. A company that’s free from the shackles of having to justify every investment by a calculation will invest more and may ultimately become more profitable. 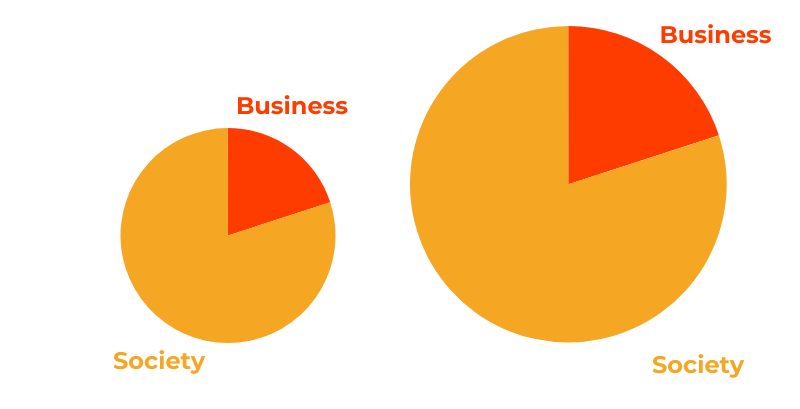 It might seem too good to be true that serving society might ultimately boost profits. So we need large-scale, rigorous evidence. That’s what I gather in my new book Grow the Pie: How Great Companies Deliver Both Purpose and Profit.  One study shows that companies that treat their employees fairly – as human, rather than resources – outperformed their peers by 2.3-3.8% per year over a 28-year period. That’s 89-184% compounded. It does further tests to suggest that it’s employee satisfaction that leads to good performance, rather than the reverse. Other studies find that customer satisfaction, environmental stewardship, and sustainability policies are also associated with higher stock returns.

How does a company put this into practice and actually 'grow the pie'? The starting point is to define its purpose – why it exists, its reason for being, and the role that it plays in the world. Purpose is the answer to the question “how is the world a better place by your company being here?” Importantly, a purpose should be focused. Many companies have broad purpose statements, such as “to serve customers, colleagues, suppliers, the environment and communities while generating returns to investors,” because they sound inspiring.

But a purpose that’s all things to all people offers little practical guidance because it sweeps the harsh reality of trade-offs under the carpet. Leaders need to make tough decisions that benefit some stakeholders at the expense of others. Closing a polluting plant helps the environment but hurts employees. A focused purpose statement highlights which stakeholders are first among equals to guide such a trade-off. And evidence highlights the criticality of focus. Companies that do well on societal dimensions across the board don’t beat the market. But those that do well on only dimensions material to their business – and scale back on others – do significantly outperform.

Of course, a purpose statement isn’t sufficient – it needs to be put into practice. CVS didn’t just rename itself “CVS Health” but stopped selling cigarettes – even though they were a $2 billion revenue stream – because they were inconsistent with its purpose of “helping people on their path to better health”.

Leaders of today’s companies are in a privileged position, as technology and their global reach give them more power to create social value than arguably ever before. But they can also use their power instead to focus exclusively on profits and reduce their concern for society to lofty statements. Yet the highest-quality evidence, not wishful thinking, reaches this conclusion: To reach the land of profit, follow the road of purpose.

Alex Edmans (pictured below) is professor of finance at London Business School and author of Grow the Pie: How Great Companies Deliver Both Purpose and Profit, published by Cambridge University Press. 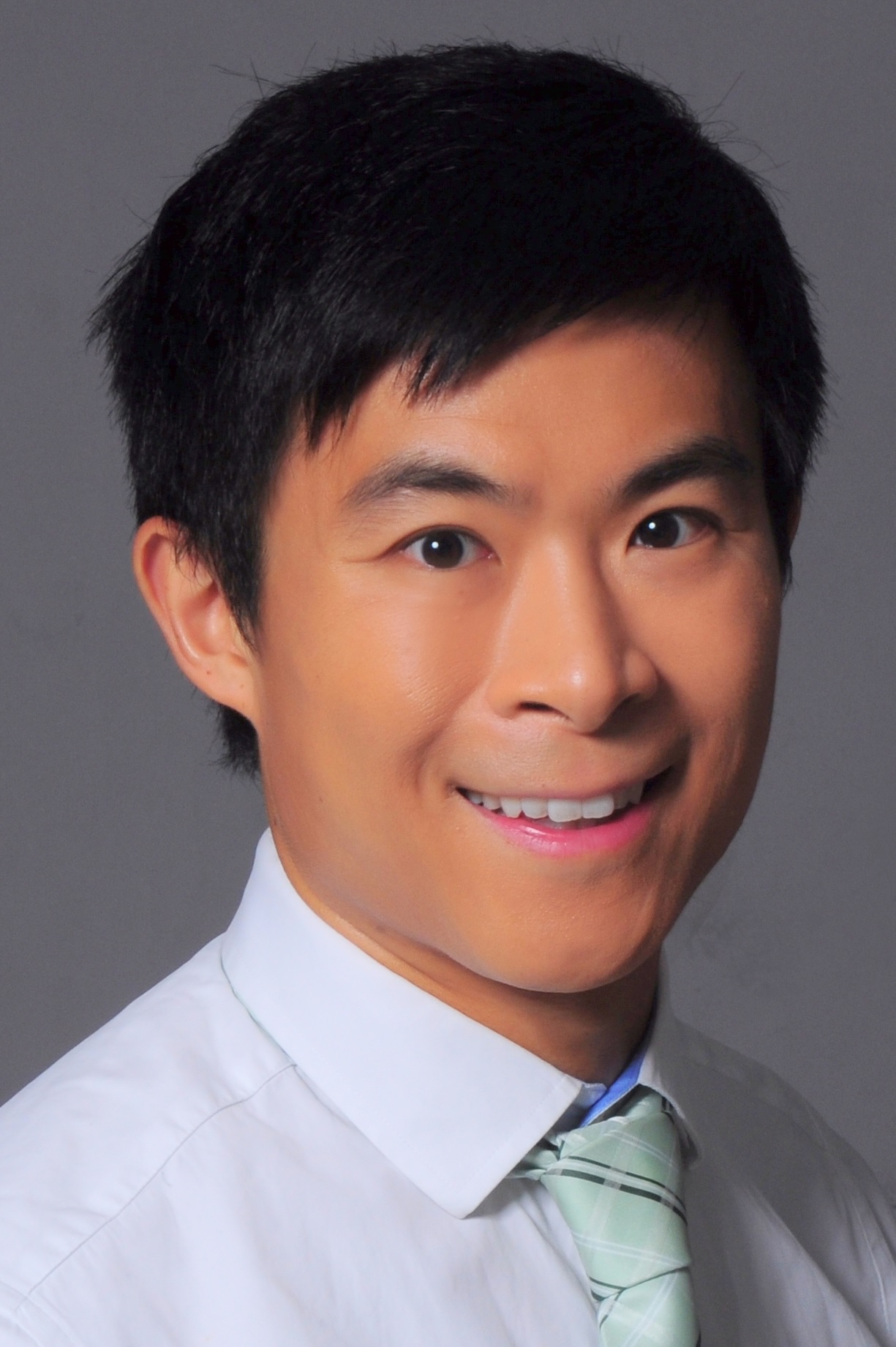 Total votes: 79
Enjoyed this story?
Sign up for our newsletter here.