Courage: how to be brave every day at work

It takes courage to speak truth to power. But, says professor Jim Detert, we can overcome our fear by taking small actions to build workplace courage. Here’s how 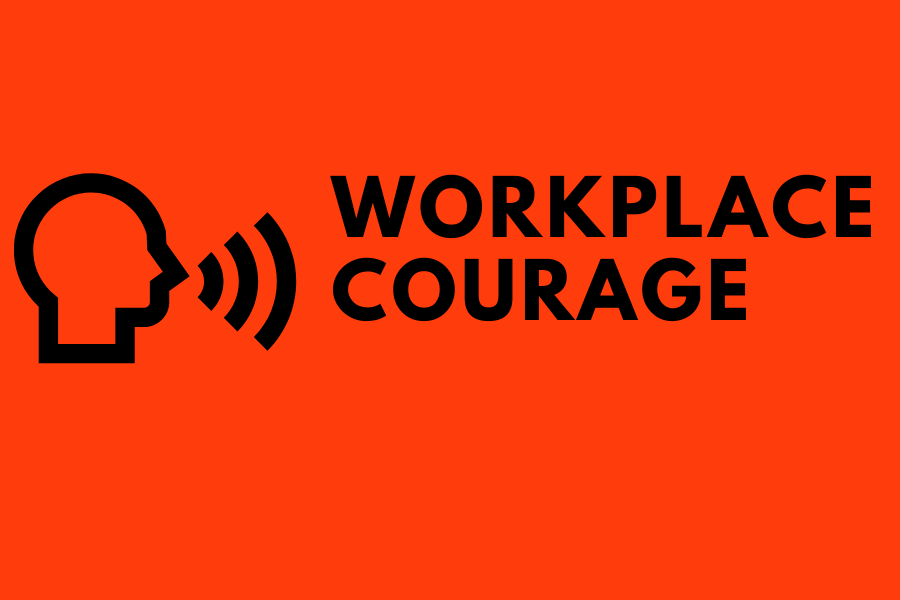 Do you speak up when your boss acts unethically or inappropriately? Do you feel confident challenging your immediate boss on strategic or operating practices? Do you take the hit for your subordinates when they have made a mistake?

If you do any of the above you are displaying workplace courage, says Jim Detert, professor of business administration at the University of Virginia’s Darden School of Business. Detert has spent decades researching workplace courage, defining it as “work-domain-relevant acts done for a worthy cause despite significant risks perceivable in the moment for the actor”.

In other words, workplace courage is taking action at work because it feels right and important to stand for a principle, cause or group of others despite the potential for serious career, social, psychological and even physical repercussions for doing so.

However, his research finds many of us choose not to speak up in the workplace for fear of losing our jobs, reputation or just out of embarrassment. As Detert says, our fear of power is deep-seated.

“Courage is often in short supply not just because the world of work is filled with objective risk but also because we’re hardwired to overestimate it,” he says.

He adds that there are “ lots of rules that make it more likely that the challenger of authority, not the challenged, faces formal or informal sanctions in the case of disagreement. It’s no surprise that we often see silence and inaction. The data is clear: people routinely forgo opportunities to speak truth to power”.

In his book Choosing Courage: The Everyday Guide to Being Brave at Work Detert argues that we can improve our competence, and hence the likelihood of positive outcomes, when we act courageously by studying what others do well before, during and after their acts of courage and committing to practice those kinds of behaviours.

Detert has developed a Workplace Courage Acts Index against which you can rate how courageous the behaviour would be in the environment directly above them and how often that kind of behaviour happens in reality when opportunities for it exist.

In this research he has found the behaviours outlined below are seen as requiring significant courage, but are not happening nearly as frequently as we would like. For example, 75% of respondents say it’s at least moderately courageous to challenge a direct boss about strategic or operating policies or practices in their proximal environment. As a result this type of upward input happens only about 40% of the time when it could.

When the challenge becomes more personal or about more intense matters, the percentages become even more discouraging.

“Put simply, angering those above us in an economy where so much is tied to our ongoing employment and most of us can be easily fired involves real risk, even when we’re acting for a quite legitimate purpose,” he says.

However, we can develop skills to act competently in courageous situations by practising these skills regularly – with small increases in the level of difficulty in actions. Below we share his 11 behaviours that enable people with less power to do worthy things through courage and the steps you can take to build your ‘courage ladder’.

Published 21 April 2021
Enjoyed this story?
Sign up for our newsletter here.