Coming out of COVID: we need a ‘leap of faith’ to combine old with new

We need to start to plan our own post COVID world based on our experiences, changed priorities and perspectives of how best we will flourish in the new world, says Chris Roebuck 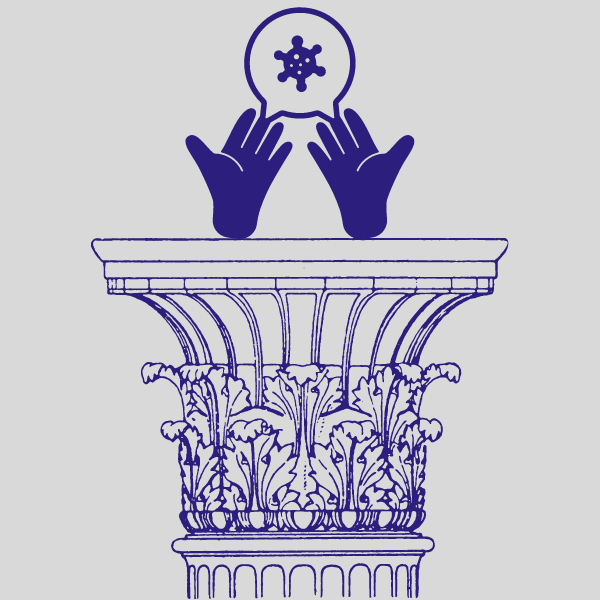 As with previous pandemics from Ancient Greece to 1918, we as humans are responding in 2020/21 in many of the same ways as our forebears – shock, denial, fear of consequences and uncertainty, confusion, community and business dysfunction, false hopes, creating disillusionment and sometimes despair. An emotional rollercoaster of epic proportions.

What we are experiencing is having deep and long lasting impacts even if we have not experienced personal illness or loss. Despite all the societal, technological and other differences between now and previous pandemics we are all still human beings with similar hopes and fears about ourselves, family, friends and society.

Our brains have now been subject to cognitive overload for nearly a year. We can cope with change, but when there are multiple changes, each of which have significant impact on the key elements of the structure of our lives, and these are then all combined with long term uncertainty with no end in sight, after a while we have difficulty coping.

While at surface level most people say they are “fine” there is now evidence from around the world that many people are showing some signs of burnout. Self assessments of people’s own mental state as “poor” has increased three-fold since COVID started. There is evidence of significant damage to our mental and physical health, even if we haven’t been ill. While COVID has impacted men more than women in terms of physical illness and death rates the reverse appears to be the case with stress and its impact.

In a broader sense the responses we have seen over the pandemic replicate well documented phases which are experienced by those dealing with or experiencing disasters.

Heroic response: At the start of COVID the vast majority faced the challenge head on, stepped up, worked together and put their lives on hold to sprint successfully to the end, which we expected to be in just a few months. Things came together unexpectedly well; remote working wasn’t a disaster and even uncooperative colleagues were cooperative. Organisations stripped out cumbersome bureaucracy to get things done fast. While most engaged and stepped up, a few took the “this isn’t happening” denial approach to stressful change, which continued as things got worse, leading to problems not only for themselves but others around them.

Digging in for the long haul: The problem was that the sprint turned into a marathon as it became clear that COVID was not going to be gone in two to three months as cases continued to rise. This realisation, that there was no clear end to the stress and the lockdown continuations started to seriously impact day to day life, relationships and work. By now, having had nearly four months of stress building social isolation, growing personal proximity to illness and death, core day to day activities and beliefs which framed our lives shattered or put on hold took their toll - all of which led to real uncertainty about our own futures in almost every facet of our lives. That multiple stress impact created a vicious circle which magnified the effect of each individual component. But at least there was some hope as cases seemed to be in decline.

Hopes dashed: The second waves hit. The realisation that the hope of escape had been replaced with the likelihood of it getting even worse and for longer was a point at which the rollercoaster was starting its plunge to a point lower than that which many hadn’t anticipated even in their worst fears. More and more people either had personally suffered from COVID or lost a family member, and worse was to come. For those in work it was bad enough; for others out of work or self employed this caused stress levels to soar with significant physical impacts. Many moved to grief, despair and hopelessness, with increases in drug use, abuse and suicide.

Vaccine vision: Vaccine hope arrived which seemed to herald normality returning quickly. But this only turned out to be a faint light at the end of an even darker tunnel, the timeline for vaccine distribution being so distant and indeterminate, with cases and deaths continuing to rise. This led to the third wave of lockdowns in many places, with yet a further ramping up of uncertainty and increased stress.

Living on the edge: Now we are watching the variant vs vaccination race, hoping the vaccines will beat the variant spread. Hope, but fears underneath yet again, more uncertainty and stress, as we don’t know if this is going to turn into the true moment of final escape or if we will have to endure something worse still before that escape eventually happens.

What servicemen can teach us

What does this tell us? Probably that our own responses which we might not have admitted to anyone out of fear of seeming “not up to it” were natural, predictable and consistent with the same perspectives and feelings in many others. That should reassure us that we aren’t alone in our personal rollercoaster “downs” but equally our “ups” are real and positive hopes, not self-deluding fiction.

Going back to looking at how people respond to disasters, illness, injury or other life changing events, this may give us insight to the way forwards. Having been an army officer and a board advisor to a charity helping servicemen injured in Iraq, Afghanistan or elsewhere, I am fully aware of the shattering impact that occurs not only physically but mentally. While COVID will not have had such a traumatic impact for most people, the responses from those experiencing truly life-changing events and how they potentially move on can help us to think about how we move on from COVID. For those who have sadly had such life-changing experiences during the pandemic they can be of some help as well.

The responses of these servicemen generally fell into three groups :

1. Looking backwards: Trying to move back to or live in a reflection of a lost past, denial of what had happened, even though the evidence that it had happened was obvious and practical. This denial of reality had the predictable impact, causing people to seek some route out of the fundamental contradiction through alcohol, drugs or worse.

2. Living in the now: No future, no past – these people were caught in a groundhog day which never seems to move forward. Literally living each day trying to forget the past but fearful of an uncertain future, often letting events take control rather than even trying to take control of future events which were within their control.

3. Leap of faith: Starting anew based on the reality of the present and then creating a vision of a personal future which aligned to their new capabilities and wishes. It was about the acceptance of growth into a new self, challenging their own beliefs about who they are now not just who they were, a belief that the old and new can combine successfully.

What’s next for us?

We need to start to plan our own post COVID world based on our experiences, changed priorities and perspectives of how best we will flourish in the new world. While COVID continues to rage many people are perhaps understandably still in the “living day to day” mindset. But the evidence clearly shows that those who have the “leap of faith” mindset are significantly more likely to move forwards successfully with a vision for their future. Perhaps it’s time for each of us to start to plan our leap of faith? Make no mistake, there is no going back.

Linked to this there are other things we can all do which have been seen to help people move through COVID which may help you and others to create a foundation to move forwards. Maybe these four are worth focusing on :

1. It’s OK to not be OK sometimes – others have and will feel the same, so it’s ok to feel like this. It’s not an admission of weakness, it’s good to talk about it and discover everyone around you has probably been there as well.

2. Compassion – when you are on your rollercoaster going up then support those going down. Surviving tough times is often easier if you think “We not Me” and share the positive or help others find their positive.

3. Cherish every positive moment you see or feel – no matter how small. If it helps, write them down, build a reservoir of positive ups for when your rollercoaster heads down.

4. Realism with optimism – look for the light at the end of the tunnel to sustain you, but accept that although the tunnel could be longer than it first appears, no matter what happens you will get to that light in the end.

But these are positive behaviours at any time not just during a pandemic. Hopefully this has given you some insight into your own journey so far, a better understanding of how other people are thinking and feeling and given you some ideas with which to move forward successfully through the rest of COVID into the new world. Good luck.