Bollywood great Amitabh Bachchan is noted for his tenacity and resilience. There are many lessons to be learned about leadership from this cinematic icon 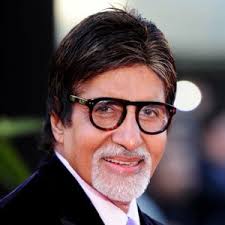 “Frankly I've never really subscribed to these adjectives tagging me as an 'icon', 'superstar', etc. I've always thought of myself as an actor doing his job to the best of his ability.” – Amitabh Bachchan

Amitabh Bachchan needs no introduction in India. He is well-known for his acting skills, baritone and charisma. His life is interesting with peaks and valleys. He is praised for his performance in the Indian Hindi film industry (Bollywood); criticised for his failures in business and politics; and highly admired for his charisma, simplicity and humility. Hence, we will discuss his personality and leadership to understand what made him unique and a living legend.

There are several leadership lessons to learn from the septuagenarian leader, Amitabh Bachchan. Here are some of them:

Age is just a number. As long as you love and learn, you are young; and the day you stop loving and learning, you become old. Bachchan is young forever because he loves the people around him and learns things regularly. He once remarked: “Basically I am just another actor who loves his work and this thing about age only exists in the media.”

He is a director’s delight. He works with directors as per their instructions with humility, irrespective of their age and years of experience. He doesn’t meddle into others’ activities and expertise. Precisely, he goes as per the direction of his directors.

Bachchan is not complacent. He improves his performance through trial and error and evolves as an actor. He gives his best professionally.

He was rejected many times in his career initially including All India Radio as a radio jockey. He got his first break with Saat Hindustani in Bollywood but faced several flops before hitting the film, Zanjeer. He failed in business and politics but bounced back with resilience in the film industry to command a respectable place in the hearts of Indians.

There is a unique mannerism in his body language and speaking. Anyone gets attracted toward him by his sheer presence. There is an aura around him.

He is gracious and accommodates both his fans and critics. He takes both bouquets and brickbats graciously.

He takes feedback from his failures to improve himself.

He accepts his mistakes and failures graciously. He realised where he stands in his professional life. Currently he is careful, and he focuses on areas in which he is competent and confident.

He reinvented his brand from an 'angry young man' image into a humble person and a spiritualist with the passage of time. He is society conscious with a universal mindset.

Be a big brand

Bachchan endorsed many brands including nonprofits. He is a brand ambassador for various organisations cutting across regions and religions.

Work for satisfaction, not for recognition

He works for satisfaction unlike others who work for recognition. When you work for recognition, you lose your momentum and motivation because you don’t get recognition for everything you do. It may lead to self-doubt, thus losing your self-confidence. Hence, work with focus and dedication emphasising excellence.

Amitabh Bachchan is a committed and dedicated actor. He is punctual and understands the value of time. He is emotionally intelligent and gets along with his co-stars and team. He has a big heart to appreciate others’ achievements. He reinvented regularly and worked without any false prestige and ego. He keeps engaged completely to inspire all generational cohorts ― Baby Boomers, Gen X and Gen Y. If Abraham Lincoln is noted for his tenacity and resilience globally, Bachchan is noted for his tenacity and resilience in India.

Personal brand
Emotional Intelligence
Enjoyed this story?
Sign up for our newsletter here.