Are you a culture keeper or culture killer? Three signs you're helping or hindering values-based culture

We all remember that manager who made us feel supported and heard. Unfortunately we also probably remember the boss who made us feel undermined. To avoid fostering a toxic environment leaders must become culture keepers, not culture killers, says author and speaker MaryBeth Hyland 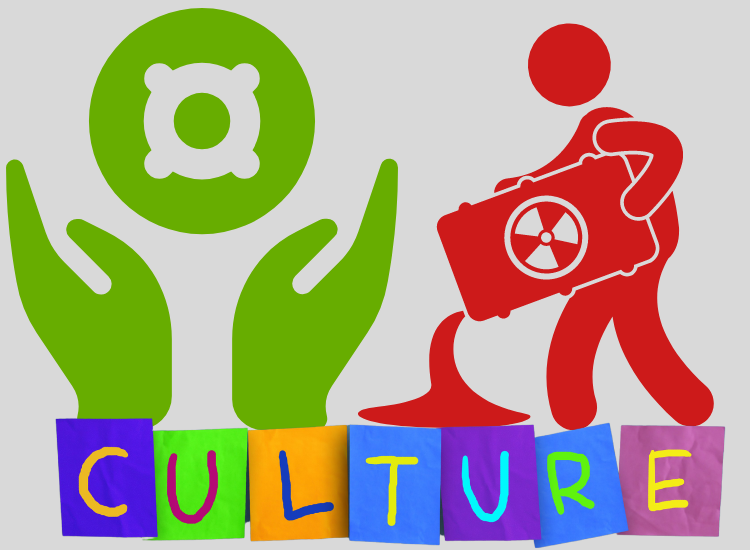 Workplace culture is finally getting the attention it deserves. After over a year of mass levels of pandemic-induced stress, forced change and uncertainty, people everywhere are realizing that the culture of their organization matters more than ever. Gone are the days when most people will stick it out in toxic environments because it feels like the safest option. And if they can’t find a sense of wellbeing in their current company, they’re looking elsewhere. According to the Bureau of Labor Statistics this has been the highest quit level since the agency began publishing these rates in December 2000.

So how does culture get created in the first place? By definition culture is the shared values, attitudes, standards and beliefs that characterize members of an organization and define its nature. In other words, it’s 'the way things are done around here'. And while there are certainly policies, procedures, structures and systems that play into your cultural norms, the most influential aspects of any culture come from the behaviors of their people.

Team members look up to their leadership to see what’s acceptable and mimic it with the desire to fit into the dynamics at hand. So while everyone is responsible for creating the culture, it’s key that senior leadership take a good hard look in the mirror first and invite their colleagues to follow.

Over the years as a workplace culture consultant I created the phrases of 'culture killers' and 'culture keepers'. You probably don’t need me to go into a deep explanation of what that means because you’re already able to identify who those people are on your team.

Culture keepers are the people who make you feel supported and heard. And culture killers make you feel undermined and disrespected. They exist at all levels of the organization and each one influences the energy of the space they take up, for better or worse. We have all experienced both – and we all know whom we prefer to surround ourselves with. Simply put, culture keepers are the embodiment of your company’s core values and culture killers are consistently violating the values.

A culture keeper’s behaviors that are in alignment with accountability would comprise:

A culture killer’s behaviors that are out of alignment with accountability would comprise:

None of us wants to be a culture killer and none of us can be a culture keeper 100% of the time. We all have bad days; we all have times when our temper is shorter or we’re carrying a really heavy burden in our personal lives that simply can’t be cut off at work, so it seeps through. That does not make you a culture killer. That makes you a human. But if you’re having a bad day, every day, without a break, that’s another story.

I’ve guided leaders who were labeled as culture killers to emerge as some of the greatest culture keepers of their teams. For example, I worked with a CEO who was regularly annoyed by the lack of timely email responses from his team. Eventually, he blew up about it in a meeting and massively hurt the sense of psychological safety in the office. I sat down with him and his team separately to learn more. As it turns out, he almost never responded to emails. Teammates regularly had to send multiple reminders, stalk him in the office and even make calls to follow up on their communications to him. There was a glaring doublestandard. After illuminating that disconnect he was able to realize that he was far from practicing what he preached, owned it and changed the behavior.

So how can you gain self-awareness to truly understand where you fall in the keeper and killer spectrum? Consider these three questions to tune into the signs that you’re either helping or hindering your values-based culture:

Once you answer these questions for yourself, invite your team members to give you feedback too. Yes, I know that can feel really scary at times, but it’s the best muscle to build when looking to develop your self-awareness, emotional intelligence and value-igniting skills.

When you choose to hold yourself and others accountable to being culture keepers, not only will your team be more engaged but you’ll also see gains in retention. Research shows that businesses with a strong learning culture enjoy employee engagement and retention rates around 30% to 50% higher than those that don’t. So why not invest in that possibility for your workplace today?

Building and leading in a company that’s filled with culture keepers who live their shared values where people feel understood, appreciated and empowered is like finding a goldmine for people who are yearning to have permission to be human at work.

MaryBeth Hyland, pictured below, is an author, speaker and award-winning company culture expert. Her new book, Permission to Be Human: A Conscious Leader’s Guide to Creating a Values-Driven Culture, is number one in Amazon's new releases in workplace behaviour

We all have bad days; we all have times when our temper is shorter or we’re carrying a really heavy burden in our personal lives that simply can’t be cut off at work, so it seeps through. That does not make you a culture killer. That makes you a human. But if you’re having a bad day, every day, without a break, that’s another story.