Are humans destined for the work scrapheap? It’s a big fat no if current business sentiment is anything to go by

Research from the RSA finds that, despite the media frenzy around mass automation and job losses, very few businesses are even embracing new technologies. Yet the deployment of AI and robotics could help forge a path towards a better world of work 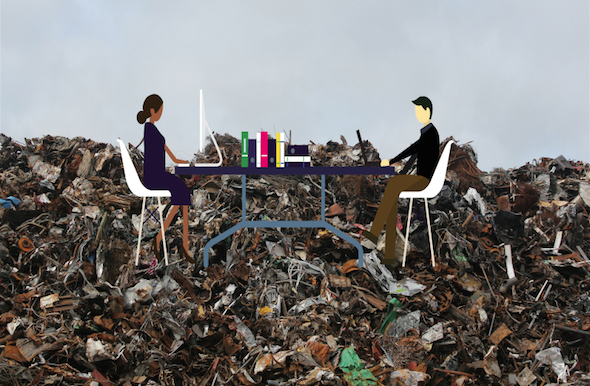 Most employers are not paying attention to innovations in machine learning, deep learning or advanced robotics.

While headlines abound regarding the rise of the robots, some economies are proving slow to adopt new technologies. Chief among these is the UK, with sales of industrial robots falling between 2014 and 2015 and the UK purchasing fewer robots than France, the US, Germany, Spain and Italy. Today the UK has just 33 robot units for every 10,000 employees, compared with 93 in the US and 213 in Japan.

According to new research from the RSA (Royal Society for the encouragement of Arts, Manufactures and Commerce), only 14% of business leaders are investing in AI and/or robotics or plan to in the near future (and just 4% for small businesses). Many think the technology is too costly or not yet proven while for others, concepts such as machine learning, deep learning and cloud robotics are completely new.

Yet nearly half (43%) believe new technologies will lead to incremental automation and greater prosperity in the long run. Just 15% take the negative view that automation will harm livelihoods.

The RSA report, The Age of Automation, paid particular attention to low-skilled workers. Nearly a third of elementary workers (which includes waitresses and cleaners) have household incomes below the poverty line, as do 22% of process, plant and machine operatives. Barely one in 10 workers who were low paid at the beginning of the last decade had escaped low pay by the end. The new study mirrored other research in finding that low-skilled workers are likely to face the greatest disruption, particularly those in retail and logistics.

However, there is likely to be continued growth in low-skilled, human-centric roles, such as in health care, social care and education. Just 4% of business leaders in hospitality and leisure, 2% in medical and health services and 3% in education see the scope for high automation among their workforce. This finding is reflected in current job growth rates, with primary and nursery teaching professionals up by 40% since 2011 and educational support assistants up 50%.

This is because such roles require competencies that are difficult for machines to master, so called ‘engineering bottlenecks’.

Social intelligence – The ability to negotiate and persuade, to respond to the emotional cues of others and to impart knowledge

Complex manipulation – The ability to deftly handle, move and control objects in a variety of settings, using fine muscle control

The RSA believes there are several reasons to question the impact of mass automation in the short to medium term.

1. Technical limitations
Despite impressive advances in the capability of machines, there are still many things they cannot do. As entrepreneur and technologist Gary Marcus says: “Robots fall over while opening doors, prototype driverless cars frequently need human intervention, and nobody has yet designed a machine that can read reliably at the level of a sixth grader, let alone a college student”

2. Task vs job automation
In most cases, AI and robotics will automate individual tasks rather than whole jobs. As jobs usually encompass a range of functions, the automation of one task means workers will be able to pivot into new roles. No machine can wholly substitute for retail assistants, care workers, hotel receptionists, warehouse workers or building labourers. These occupations are more likely to evolve than be made obsolete

3. Technology complements and creates
AI and robotics will not just substitute for workers. They will also complement them and create new tasks not previously done by humans. Examples include robotic systems used by overburdened care workers to help lift patients, algorithms that enable doctors to recommend more appropriate treatments, and chatbots that provide call centre workers with partially automated responses to speed up customer support

4. New jobs will emerge
Some of the fastest growing occupations in the UK are in the technology industry. The number of programmers has grown by 40%  since 2011, while the ranks of IT directors have doubled over the same period. Tech jobs alone are unlikely to replace those lost to machines but they will spur job creation in ancillary sectors. The Berkeley economist Enrico Moretti estimates that every new job in the tech sector has the potential to generate five complementary jobs elsewhere

5. Demand will be recycled
Automation must also be looked at through a macro lens that accounts for feedback loops. One of these is the phenomenon  of shifting or ‘recycled’ demand. Rising productivity caused by new machines may lead to a lowering of prices, thereby freeing consumers to spend money in the same sector or another part of the economy. In cases where demand is elastic (ie goes up and down with prices), automation may not lead to aggregate job losses.

The RSA argues that the deployment of AI and robotics could phase out mundane work, raise productivity levels, open up the door to higher wages and allow workers to concentrate on more human-centric roles that are beyond the technical reach of machines.

But it warns that business and society cannot be complacent. Some geographic areas, demographic groups, occupations and sectors will be hit harder than others. Economic inequality could rise, geographic disparities could deepen and demographic biases could become further entrenched.

It suggests six ways of delivering automation that benefits humans:

Humans are not destined for the work scrapheap. In fact, the RSA calls for an acceleration in the take-up of new technologies. But automation needs to be inclusive, enriching rather than diminishing workers’ livelihoods.

The new study mirrored other research in finding that low-skilled workers are likely to face the greatest disruption, particularly those in retail and logistics