The Amazonion Era: how ‘gigification’ is leading to bad work

It’s not the replacement of humans by machines but the treatment of humans as machines that defines that ‘Amazonian Era’ says a report by the UK’s Institute for the Future of Work. The practices of the platform-based businesses are reshaping the lives of workers across the world – and mostly not for the good. But there is light at the end of the tunnel, as Unilever’s experience shows 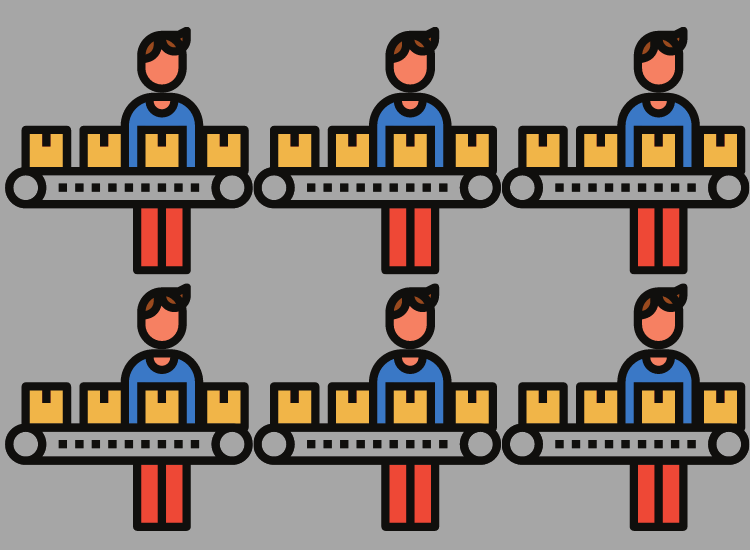 Virginia works on the checkout of a supermarket. Heat sensors at the end of each till monitor the number of customers queuing at her checkout. Sensors also record the total speed of her scanning of items. The data from these sensors create queue length reports.

If the queue is too long, Virginia is called in to speak to her manager about performance. She may be given fewer shifts if she doesn’t buck up. She needs to swipe items more quickly. But, says Virginia, the reason the queues are long is that there are too few cashiers to meet targets. Aha, says her manager, that is not true. The system chooses the correct number of cashiers for optimal effect.

The result? The only way Virginia can increase her speed is to stop talking to customers as she scans. Hardly the friendly customer service we all like to receive when we go into a store – and, says Institute for the Future of Work (IFOW) co-chair Naomi Climer – “dehumanising, dismal work” for Virginia and her colleagues.

This is just one example of how the ethos, practices and business models of the gig economy are being embedded across many essential sectors without understanding the profound adverse impacts on working people’s lives, according to the report The Amazonian Era from IFOW. Such work is being redefined in narrow terms that can be qualified and measured by an algorithm.

“We found a damning picture of deskilling at scale. A lot of companies are effectively trying to reduce skill levels by bringing in technology to replace humans for as much of the work as they can,” Climer said in a discussion held by media company Tortoise.

“The net result is that skill levels are being stripped out. For example people working in an Amazon warehouse have a headset that monitors even their eye movements to see if they are focusing on the job or talking to people. Delivery drivers told us it feels like they are a human automaton.”

IFOW finds that the use of artificial intelligence (AI) in the workplace in particular has many inequality impacts even when it is set up with good intentions. But it’s not the technology itself that is the problem. After all, it can enrich people’s lives, take the drudge work away and enable people to upskill and have better quality work.

Rather, the issue is that such technology is being deployed in a rush and without much thought. And this short-term approach to the development and deployment of technology is eroding good work. This is not sustainable and undermines endeavours to promote wellbeing and prosperity across Britain. Companies need to be held to account to ensure technology is designed and deployed in human-centred ways.

For Paddy Hull, VP future of work at Unilever, this means co-creating the future with stakeholders.

“A lot of the rhetoric around technology has been a concern and fear angle. If you come from a place of fear this immediately shuts down creativity and creative problem solving we can all do together. We are trying to approach it as an opportunity by engaging with every single employee to work on their future fit plans – what do they want to do in work, what are the skillsets they want to develop to secure their livelihoods? When we do this with our employee reps and unions we get far better outcomes than putting our heads in the sand and hoping it will all go away,” he says.

He notes that humans tend to underplay the number of skills they have. When Unilever did research around this it found humans generally said they had on average 11 skills but when jobs were deconstructed using artificial intelligence the average number of skills needed was 34. Women and disadvantaged groups tended to under report skills the most.

It’s here, he says, that artificial intelligence (AI) can support people’s development by opening up opportunity and showing them they have skills that can be transferred outside the traditional silo they grew up in.

“We are investing more in priority skills, human skills like creativity, collaboration, critical thinking, the leadership skills – and then we asked each function to develop an understanding about future fit skills needed in their function. Then people look at their current skill-set, compare it to their future fit skill-set and identify which skills they want to develop. They have the agency; they make the decisions and we build their career path around that.”

Pivotal to the Unilever approach is a focus on helping people to uncover their purpose and passion, says Hull. In his experience both employee and employer have a role to play in preparing for technological change – the organisation to create the enabling environment for continuous learning and the individual to have the motivation to go after it.

However, Hull admits there is still work to do from employer, technology provider and government perspectives. “We are investigating and experimenting with various options across the world to see where we can get the best value from a combination of tech, working with governments, working with our own resources to figure out the best ways and best opportunities for people,” he says.

IFOW believes new legislation needs to be introduced, as existing law is not being used to prevent inequality, for example, because it does not cover machines. A new employment bill could include digital rights and accountability of algorithms such as through the mandatory disclosure of the purpose for which algorithms are being used.

“Companies are using AI for decisions that materially affect workers’ lives,” says Climer. “We found that the lazy introduction of technology without properly thinking about it has resulted in things being measured that are easy to measure, like 95% work rate or where you physically are. Human contact and informal learning are hard to measure, so these are being lost along the way.”

We are at a critical juncture with the introduction of technology, says IFOW. Work is not working in the Amazonian era. As Climer says, there are people now in atrociously dehumanising dismal work whose lives and wellbeing are being poorly affected. Technological transformation is going to further affect a large chunk of society. To ensure technology does not deskill work further it must be redirected to work for people and the public interest.

We found a damning picture of deskilling at scale. A lot of companies are effectively trying to reduce skill levels by bringing in technology to replace humans or as much of the work as they can