Three ways to assess the success of your organisation development efforts

Organisation development is not ‘about change’ but about creating great organisations, but it only thrives in certain conditions. There is no one-size fit all model but if you understand the general characteristics of a more developed organisation you can assess the success of your OD efforts 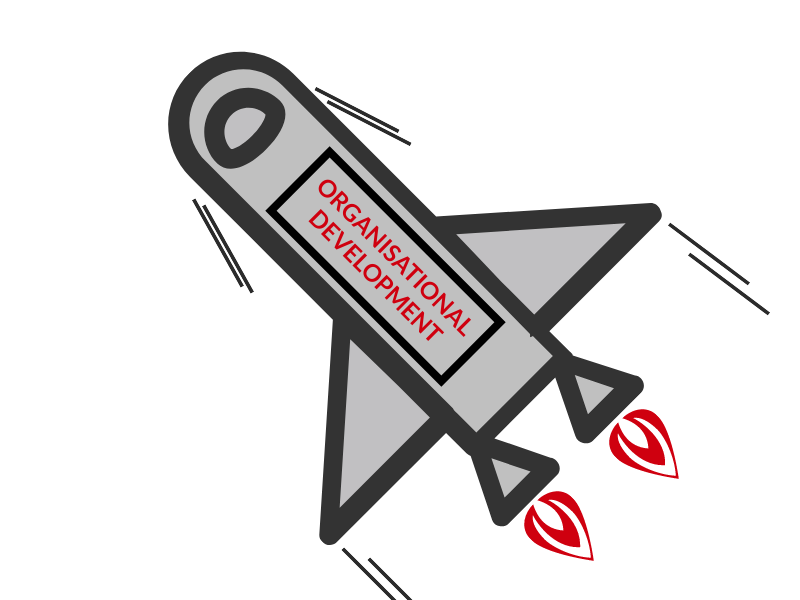 Anyone identifying with organisation development (OD) has beliefs about what are better and worse ways of organising and strategies for how to be better. How consciously they work toward, and how successful they are, at creating developmental outcomes varies considerably. There are probably OD practitioners who don’t know where the developmental assumptions they take for granted originated.

There are a few geniuses that most current models derive from: Freud, Erikson, Piaget and Maslow. The suggestion made here is that underlying most developmental models are three common criteria. I propose how they can be used as a check list against which to ask, ‘will this intervention help to create a great organisation’? If you agree the purpose of OD is to create great organisations, then I think you will find these criteria of development can identify what the point of any OD intervention should be.

1. The more developed a system, the more aware it is of itself; it can talk to itself about itself

The thinking: OD’s paradigm originates with Freud and the psychoanalytic method that promoted self-analysis as a path to health and growth. The “talking cure” is buried deep in our DNA. Part of any OD practitioner’s job is to help people work past denial, repression, or a simple lack of awareness to new knowledge about why what happens, happens; why we do as we do, feel as we feel, and want what we want. The more self-aware we are, the more developed we are. As we develop we increase our ability to articulate a narrative about the self that is deeper, broader, more complex and more integrative. In his theory of group development, Gibb emphasised “data flow” among members, the most developed of which was spontaneous, authentic, unrestricted communication. Increasing authentic communication is central to Bennis & Shepard’s description of a highly-developed group. Descriptions of highly developed organisations all include the capacity for authentic communication, transparency and employee voice.

The practice: We can easily apply this criteria to our work. Are people in this team or organisation more able to talk to each other about what they really think, feel and want about how they work together? If so, then the organisation has developed. From this point of view, a great organisation is one where people feel compelled to speak out, to engage meaningfully, to bring up difficult issues, to reflect on what has taken place and learn from it, to question and challenge visions and plans, to collect data and learn from their own performance and the performance of others, to be able to see below the particular instance to the underlying pattern. To create a small or large group where such talking is possible, requires skilful and respectful discourse, an acknowledgement and appreciation of differences, an ability to make those differences a source of learning and innovation, and so on. But we can’t specify in advance any of those traits because how much of what depends on so many other things: national cultures, the particular challenges facing the organisation and their urgency, the shifting contingencies that affect whose voices should be most influential, and on and on. Regardless, the more a group or organisation can talk to itself about itself, the less unaddressed mindsets that are short-term, reactive, small picture, and blame placing, can persist. While we can identify in general terms what a great organisation looks like, it must always be nuanced by situational constraints and opportunities. Perhaps it is enough to ask, are we really able to talk to ourselves about ourselves and if not, how can we increase that

2. The more developed a system, the less it is driven by reactive, unconscious emotions, motivations and cognitive frameworks and the more decisions and actions are based on reason, rationality and cognitive complexity

The thinking: Again, we begin with Freud, where the arc of development is conceived as away from reactive (neurotic), out of control behaviour toward the capacity for choice and reason to guide behaviour. The idea that powerful motivations reside outside of awareness, and that the purpose of human and social development is to replace instinct and reactivity with reason and relationships, rests on Freud. The reasons for repression and lack awareness, and what to do about it, are what differentiate different schools of psychotherapy, but the underlying image of development is the same. This should not be understood as a negation of the importance of emotions or some kind of Cartesian ascendancy of mind over body. Humanism has always valued emotions and argued for their centrality in human relations way before brain research found evidence that decision-making requires feelings. Emotional development is a process of becoming ever more aware of one’s feeling and motivations, without being hostage to them; able to act rationally while fully feeling.

The cognitive side of developmental theory does not negate the importance of emotional intelligence, but stresses an increasing capacity to think about thinking. A more developed person is less a prisoner of unconscious frames of thinking, with the highest levels of development aware of the limits of rational analysis and of symbolic representation, exposing the assumptions and paradoxes that lay hidden in earlier developmental mindsets.

In a developed group people are not avoiding discussions that they are afraid will cause others to be upset or reactive, if those discussions are crucial for attaining the organisation’s purpose. We know from group development theory that this is a state that must be achieved; it doesn’t just happen. The early life of any group amplifies unconscious emotion and suppresses rational discourse. Our neurological inheritance amplifies the anxieties of status threat and shame.

The practice: As applied to organisation development, we can ask are the decisions and actions of people in this team or organisation less driven by unspoken feelings and motivations than before? Are they able to deal with the pertinent issues in a calmer, more rational, deliberate and mindful manner than before? If so, then the organisation has developed. From this point of view a great organisation is not one where discussion of emotions is banned; just the opposite. It’s when emotions that can drive irrational behaviour are described and acknowledged that they lose their potency to unconsciously influence people’s decisions and actions. In a great organisation people say what’s on their minds and in their hearts. The assumptions underlying our logic and rationales are open to examination and discussion.

To create a great team and great organisation, where communication and decisions truly rest on free and informed choice, people’s different feelings and wants have to be expressed and acknowledged. This requires some effort and a maturation process of becoming self-aware, emotionally intelligent and self-differentiated. Different points of view need to be allowed expression and legitimacy. Clearly this, and the first criteria of development, are mutually reinforcing – the less we are driven by unspoken fears, the more we are able to talk to ourselves about ourselves. The more we talk about what is real, the more aware we become of the range of motivations and perspectives in the organisation and the less room for unconscious drivers.

How to do that in any particular instance, with a particular group of people facing specific challenges, can’t be boiled down to a recipe, simple or otherwise. Perhaps it is enough to ask, to what extent is what is happening now driven by unconscious emotions or unspoken wants or unexamined frameworks? Have we increased the system’s capacity to acknowledge difficult feelings and motives while making rational decisions?

3. The more developed the system, the more it is able to actualise its potential

The thinking: While the notion of actualisation is most associated with Maslow, it is latent in Freud and flowers in Jung’s theory of individuation as the full realisation of an individual’s self though integration of opposites. All stage theories of development have as their subtext the idea of arrested development; that development can stop before one’s full potential has been realised. More developed individuals display increased behavioural complexity as well as increasingly integrative cognitive complexity. We find this theme echoed in group development theory, where more developed groups are able to identify and utilise the variety of individual competencies and talents and therefore able to take on tasks more effectively. Cooperrider broadened our scope for actualising potential beyond making the latent manifest, with the importance of the affirmative image of the future that guides decisions and actions and the benefits of talking about flourishing

The practice: Are people in this team or organisation more aware of what they are capable of, more motivated to bring the best of themselves to their work together, more able to create synergy from collective efforts, more able to manage the adaptive challenges facing them, than they were before? If so, then the organisation has developed. From this point of view, a great organisation is consistently able to achieve outcomes that it could not in the past, is able to grow its capacities, competencies and core strengths, is able to achieve synergies that were previously unknown. To some extent this is about organisational learning but it’s about more than learning. It’s about creativity, generativity and innovation. It’s about the ability to perform and learn simultaneously, so that continuous improvement is a natural product of growth and maturation. Again, notice that each of these elements of development can be self-reinforcing. The more we can talk to ourselves about ourselves, the more we can understand the abilities and motivations that otherwise lie dormant and the less likely individuals will feel that the organisations they work for don’t really see or use the best they have to offer. The less we are driven by unspoken anxieties and fears, a more fertile space is created that supports day to day experimentation and innovation. The more we actualise the potential of the system, the more it is likely to thrive in its environment, creating a less anxious climate and the time and space for talking to ourselves about ourselves.

Taken from Gervase Bushe’s award-winning paper for Roffey Park on Where organisation development thrives. For the full paper and sources, please click here

Gervase Bushe is the professor of leadership and organization development at the Beedie School of Business, Simon Fraser University in Vancouver, Canada. Bushe is an award-winning author of over 80 papers and three books on organisational change, leadersh
Enjoyed this story?
Sign up for our newsletter here.